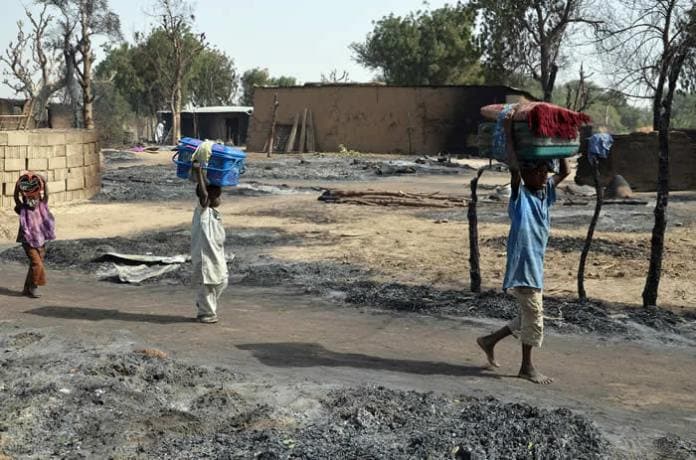 The Arewa Consultative Forum (ACF) has claimed that President Muhammadu Buhari and Governor Nasir El-rufai of Kaduna State do not care about victims of banditry.

Naija News reports that the forum made the claim while reacting to the killing of 38 people by bandit terrorists in Giwa Local Government Area of Kaduna State.

On Sunday, Kaduna Commissioner for Internal Security and Home Affairs, Samuel Aruwan, had said that bandits killed the victims during an attack on Kauran Fawa, Marke and Riheya villages in the Idasu area of the state.

In a statement on Monday issued by its spokesman, Emmanuel Yawe, the ACF said the President and Northern Governors have failed to show more empathy to residents of banditry-hit communities.

The group advised the federal and state governments to show the people that they care and sympathise with them by visiting communities attacked by bandits.

It, therefore, joined governor El-rufai and President Buhari in consoling those who lost loved ones during the latest attack.

“According to Samuel Aruwan, the state’s commissioner for Internal Security and Home Affairs, many houses, trucks, cars and food crops were destroyed during the attacks.

“While the ACF joins the governor of Kaduna and the President of Nigeria in consoling those who suffered losses during the latest attack, we call on all the state governments and the federal government to show more empathy and sympathy in such grave security breaches.

“Nothing stops the President and a State governor from visiting such places. We sadĺy note that he has never felt it necessary to do so. In fact, following his example, not one governor has done so except Governor Zulum of Borno. Just a few days ago, also in Uba-Askira in Borno, where 10 people were killed, and uncountable numbers were taken away.

Senate To Pass 2022 Budget On Tuesday