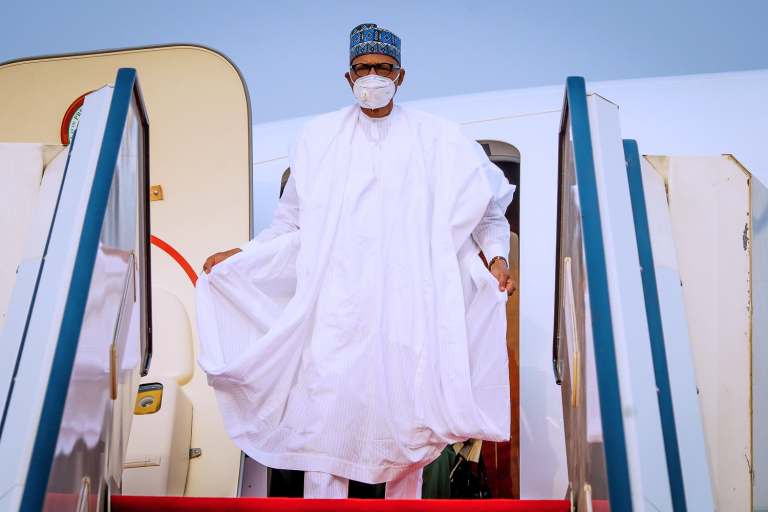 President Muhammadu Buhari on Sunday returned to Abuja, Nigeria, after his official trip to Turkey.

Naija News reports that this was disclosed by the Senior Special Assistant to the President on Media and Publicity, Garba Shehu.

“President Muhammadu Buhari is back in Abuja after attending the three-day Turkey-Africa Partnership Summit in Istanbul,” he said.

“The official BBJ aircraft which he hadn’t used for several months as it underwent repairs and improvements landed at the Nnamdi Azikiwe International Airport at exactly 2:35.”

Buhari had on Thursday departed Abuja for Istanbul to attend the third Turkey-Africa Partnership Summit.

The summit which theme was  “Enhanced Partnership for Common Development and Prosperity” reviewed the cooperation between African countries and Turkey since the last summit in 2014.

The summit came on the heels of President Recep Erdogan’s recent state visit to Nigeria during which several agreements were signed.

The summit provided guidelines and direction for cooperation with African countries for the next five years.

The Turkish leader had during his visit to Nigeria, affirmed his commitment to immediately expand the volume of trade between the two countries to 5 billion dollars.

The Nigerian delegation also seized the opportunity of the gathering in Istanbul to enhance cooperation with other partners for more trade and investment opportunities in the country.