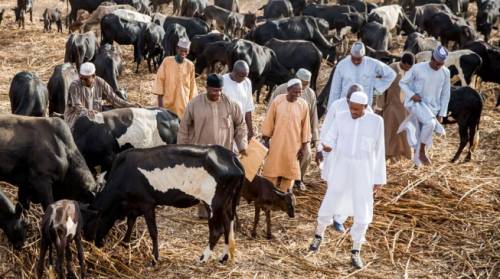 President Muhammadu Buhari on Friday revealed that he plans to retire to his home country of Daura in Katsina State and take care of his farm after concluding his tenure in 2023.

The President made the submission while marking his 79th birthday with aides and members of his delegation in Istanbul, Turkey.

“I look forward to the year 2023 when I finish, to go home to take charge of my farm,” Buhari said.

In the few months preceding that however, Buhari promised to continue to diligently serve the people of Nigeria in the best way he can.

“Between now and that time, I will do the best that is possible to advance the interest of the nation and its people, and carry out my duties as prescribed by the Constitution,” the President added.

Meanwhile, the presidency has again debunked the idea that there is a cabal within and outside the Aso Rock Villa controlling President Muhammadu Buhari.

The Special Adviser to President Buhari on Media and Publicity, Femi Adesina ruled out the existence of any cabal in an opinion article on Thursday which highlighted and celebrated the attributes of the President as he celebrates his 79th birthday.

The article titled ‘Buhari at 79: Lessons we’ve learnt from him‘ chronicled the leadership and personal attributes that can be learnt from the life of President Buhari.

At a point in the article, the author, Mr. Adesina said it is laughable that many people think and say a cabal is controlling the President.

He stated that the fact that President Buhari delegates a lot might have given the thought that he’s not in charge but Adesina pointed out that Buhari never abdicates responsibilities nor is he afraid of taking tough decisions.