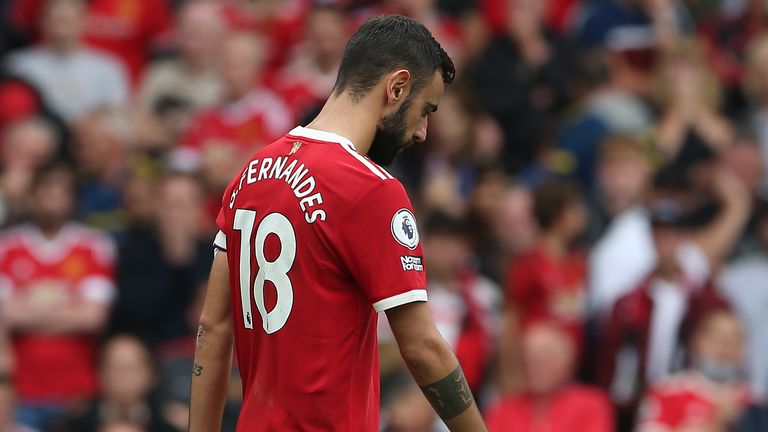 Saturday’s English Premier League match between Manchester United and Brighton has been postponed due to a COVID-19 outbreak at Old Trafford.

A statement released by the Premier League said the postponement was based on “guidance from medical advisors” following a coronavirus outbreak among United’s squad and backroom staff.

The statement added that the Premier League intends to “continue its current fixture schedule where safely possible”.

It reads: “It is with regret that this is the fourth Premier League fixture to have been postponed in the past week.

“While recognising a number of clubs are experiencing Covid-19 outbreaks, it is the league’s intention to continue its current fixture schedule where safely possible. The health and wellbeing of all concerned remain our priority.”

A club statement read: “Manchester United can confirm that our Premier League fixture against Brighton, scheduled for Saturday 18 December at 12:30, has been postponed and will be rescheduled in due course.

“The health of players and staff is our priority. Given the number of players and support staff having to isolate due to Covid-19, the Club had no option other than to request the match be rearranged. The Premier League Board took the decision to postpone based on guidance from medical advisors.

“We will also suspend football training operations at The Carrington Training Complex for a short period to help reduce risk of further transmission.

“We regret any disappointment and inconvenience caused to fans by the postponement.”

The Premier League have confirmed that Saturday's fixture with Brighton has been postponed.#MUFC | #MUNBHA

It was learned that United had just nine first-team players available for Tuesday’s game at Brentford – which was also postponed – because of COVID-19 isolation and injury, with that figure reduced to seven ahead of Brighton’s trip to Old Trafford.