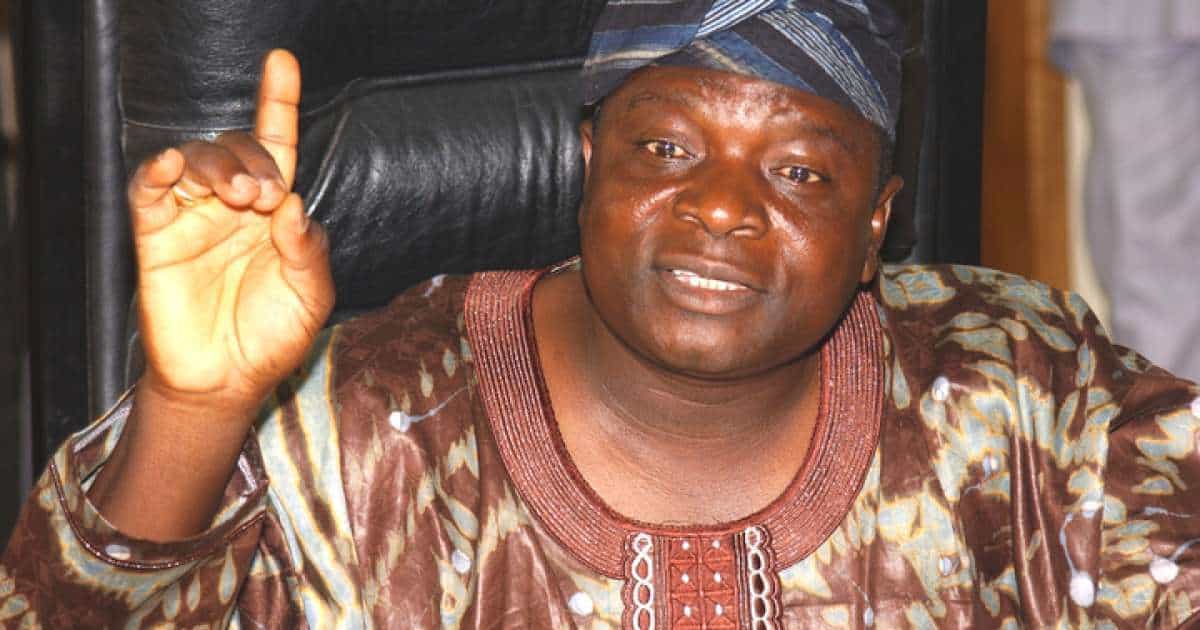 Oyinlola made the accusation while reacting to an allegation made against him by Akande in his autobiography titled “My Participations”.

In the book, Akande claimed that Oyinlola wrongly accused him of corruption in the construction of the Osun state Governor’s Office, also known as Bola Ige House.

Akande said Oyinlola arrested two of his commissioners, adding that the arrested appointees were told by the police to implicate him in their statements.

Reacting, Oyinlola denied making any false allegations against the former APC chairman regarding the construction of the government facility.

The PDP chieftain, however, claimed Akande financed his 2003 re-election by collecting kickbacks from the contractor building the governor’s office.

Oyinlola stated that he has details of how the APC leader collected the money in his forthcoming book.

“I did not level any false charges against him.

“I came into office in May 2003 and discovered that the Governor’s Office complex which Akande commissioned for use after he lost the election was not completed.

“The state government asked the contractor to come back to the site and complete the works, more so when evidence in government accounts showed that he had been paid.

“But the project consultant shocked everyone with his claim that part of the payment was taken back to finance the 2003 re-election bid of Chief Akande.

“The consultant said the contractor could not go back to work unless he was paid his full dues. One of Akande’s appointees confessed collecting money from this contractor for Akande’s re-election.

“I consulted Chief Akande on this. He denied having any deal with the contractor and the consultant.

“Some people were subsequently taken to court on a seven-count criminal charge. Stakeholders in the state and Alhaji Arisekola Alao later intervened.

“I have the details of who collected how much in my forthcoming book.”