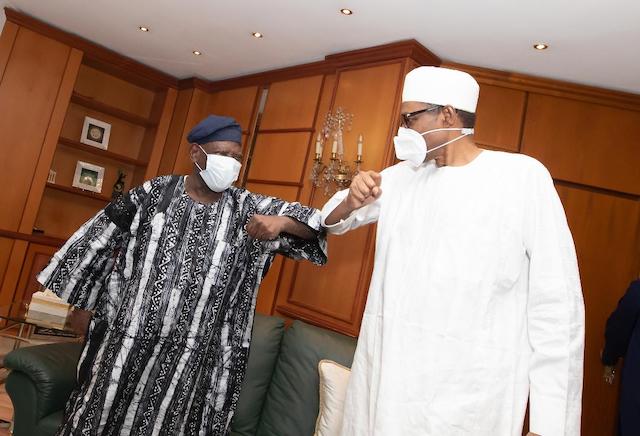 General Muhammadu Buhari-led regime has been accused by the interim National Chairman of the All Progressives Congress, Bisi Akande, of maltreating southern and Christian political leaders after the December 31, 1983, military coup.

According to the former Governor of Osun State, Southern and Christian were dealt with compared to their Northern and Muslim counterparts.

Akande disclosed this in his autobiography, “My participation”, which was launched last week.

He gave an instance, of the deputy governors of Oyo State being tried, while Vice President Alex Ekwueme was hauled into prison, but President Shehu Shagari was detained at a comfortable Federal Government Guest House in Ikoyi.

“Also with us at Bonny Camp were S.M. Afolabi, my predecessor as deputy governor who served briefly as President Shagari’s minister of Education and Chief Ogedengbe, another former minister from Ondo State.

“I felt strangely discriminated against among them all because I did not meet any other deputy governor apart from Chief Afolabi.

“In 1984, there were 19 states in Nigeria, 10 from the North and nine from the South. I ruminated and asked myself: ‘Why has Oyo State been singled out for maltreatment of deputy governors?’ I concluded that the ways of the military had no rhyme or reason

“One day, former Vice President Alex Ekwueme joined us in Kirikiri. He appeared visibly perplexed, shaken with emotion and he wept bitterly as he was shoved into his cell on our floor.

“Unlike the Vice President, President Shagari was being detained in a luxurious Federal Government Guest House in Ikoyi.

“There was a sudden pall of gloom everywhere. Many of us felt sad and agitated about the humiliation being meted out to the vice president.

“Thereafter, pockets of corridor talks began among the inmates. The theme, all over, was that there were double standards in the arrests and humiliation of politicians from the South and the North, between Christians and Muslims with the southerners, and Christians suffering the worse treatment.”