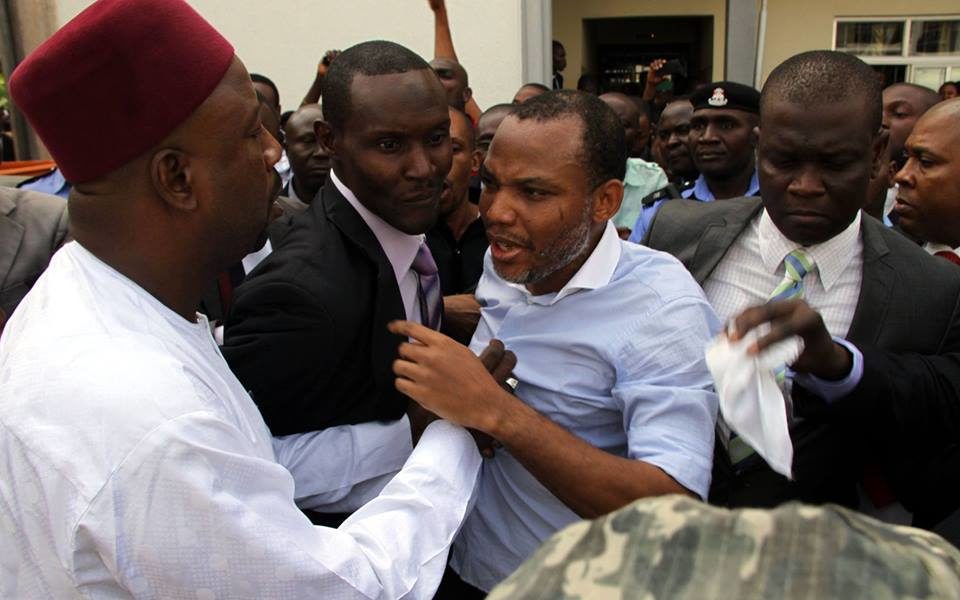 The proscribed Indigenous People of Biafra (IPOB) has asked the Department of State Services (DSS) to stop starving and maltreating its leader, Nnamdi Kanu.

In a statement issued on Saturday by its spokesman, Emma Powerful, IPOB accused DSS of denying the separatist leader food for three days and subjecting him to harsh treatment.

IPOB also alleged that the DSS has decided to use starvation and hunger strategy to eliminate the secessionist in the custody.

The proscribed group, however, admonished the secret police to immediately transfer Kanu to Kuje Prisons or any other correctional centre pending his court case.

The statement read, “We are the global movement and family of the Indigenous People of Biafra (IPOB), under the command and leadership of our great leader Mazi Nnamdi Kanu, wish to place the world on notice over the continued maltreatment and humiliation of our Leader, Mazi Nnamdi Kanu in the custody of the Department of State Services, DSS, custody Abuja.

“The Nigeria DSS security agents have decided to use starvation and hunger strategy to eliminate our leader, Mazi Nnamdi Kanu in the custody.

“They have continued to confine him to a solitary cell under harsh conditions since his rendition to Nigeria in June. Solitary confinement is not the correctional centre. They should send him to Kuje Prisons, pending his court dates.

“They are asking the Nigerian government and security agencies that is busy granting and releasing bandits and real terrorists every day to transfer our leader, Mazi Nnamdi Kanu, to a Nigerian prison/Correctional Centre, where persons awaiting trial are kept.