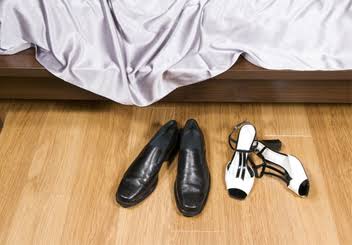 Nigerians have reacted to a video of a preacher who revealed that Jesus spoke to her about those who engage in fornication.

In a viral video making the rounds on the internet, the lady stated that when sexual intercourse occurs between two unmarried people the act pushes Jesus into sin.

Watch the video below,

Below are some reactions to the video culled by Naija News:

Danny: “Madam it’s your congregation I blame not you.”

Chimalee: “Seriously, e get some people wey they suppose dey give *Internet ban* so we no go dey read their nonsense messages online !!!”

The Lone Ranger: “She has bipolar.”

Alli:”Where are these people coming out from”

Seed of money: “Grey hair they said it’s a symbol of wisdom but yours is insensible, and senseless , were pushing Jesus to sin are you ohk?”

In other news, a woman is currently seeking for divorce on the grounds that her husband loves his dogs more than her.

The 40-year-old identified as Rashidat Ogunniyi, told the Igando Customary Court that she wants to put an end to her 12-year-old marriage because the only thing her husband, Kazeem cares about is his dog.

She said: “Kazeem is an irresponsible husband and father. He lacks care and love for me and our children. He only cares about the health, happiness and safety of his dog. He always showers the dog with compliments.” Read more