The Ghanaian woman who stirred reaction online after she was seen in a video slapping her husband on a live radio show, has been spotted in a new video begging her husband.

Naija News had earlier reported that the woman took her abusive act beyond the four walls of her home as she decided to slap her husband during a live radio show.

It was gathered that the unidentified man and his wife were invited to the radio show to air their grievances and settle their issue.

The show, however, took a dramatic turn when the wife dished out a hot slap to her husband who was gently sited.

The man had accused his wife of keeping urine and faeces in their room during the show, a revelation which did not go down well with the wife and she decided to slap him.

The woman in her reaction claimed that her husband on different occasions has tried to embarrass her in public.

However, in a new video that was spotted online, the woman knelt down to plead with her husband for slapping him on the live show.

The man in some reactions gathered has been advised to end the relationship as the wife might still assault him in their home another day. 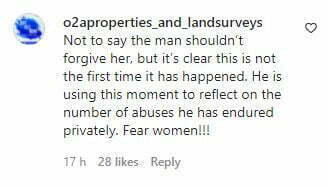 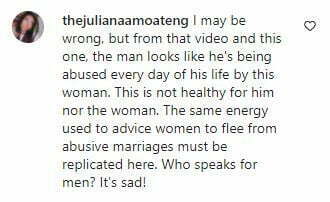