According to The PUNCH, the Federal Government will today (Friday) begin the administration of booster doses of COVID-19 vaccines. The Executive Director of the National Primary Healthcare Development Agency, Faisal Shuaib, stated this on Thursday in Abuja as the  Africa Centre for Disease Control, an agency of the African Union, kicked against the introduction of booster doses in African countries.

Northern leaders, yesterday, made a passionate plea to President Muhammadu Buhari to end the spate of insecurity ravaging the country, The Guardian reports. 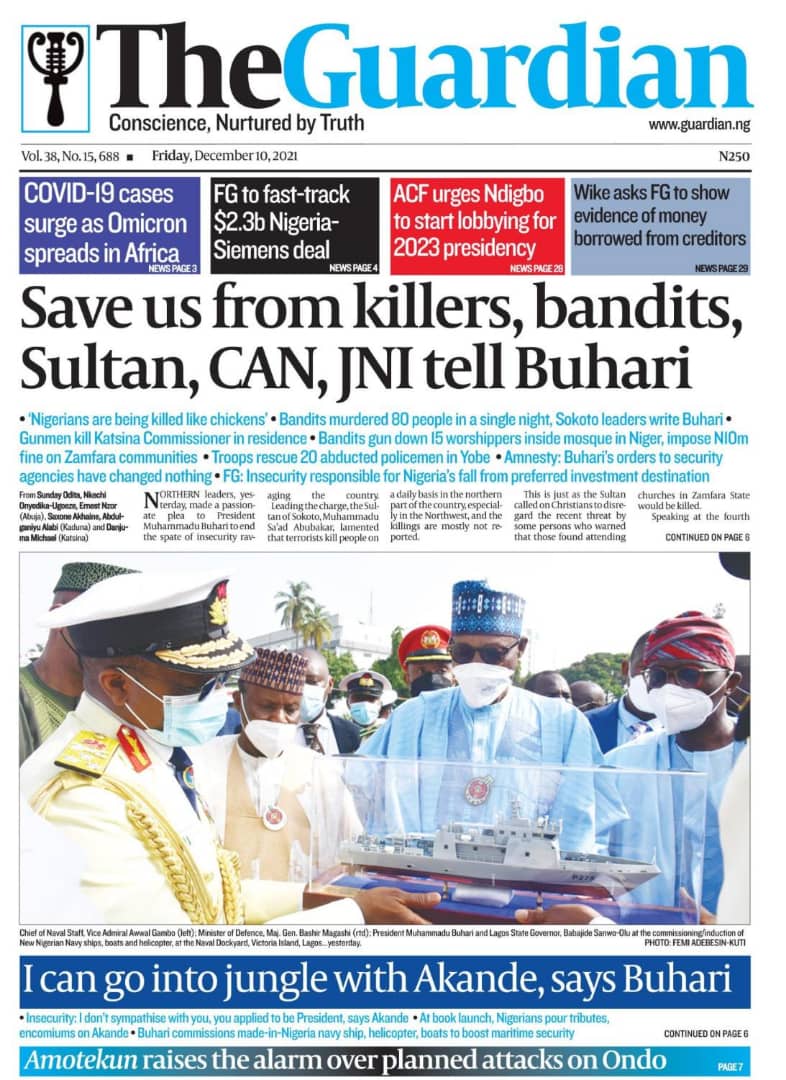 At the top of the Vanguard: The confusion in the polity was palpable, yesterday, over President Muhammadu Buhari’s reported refusal to assent the Electoral Act Amendment Bill 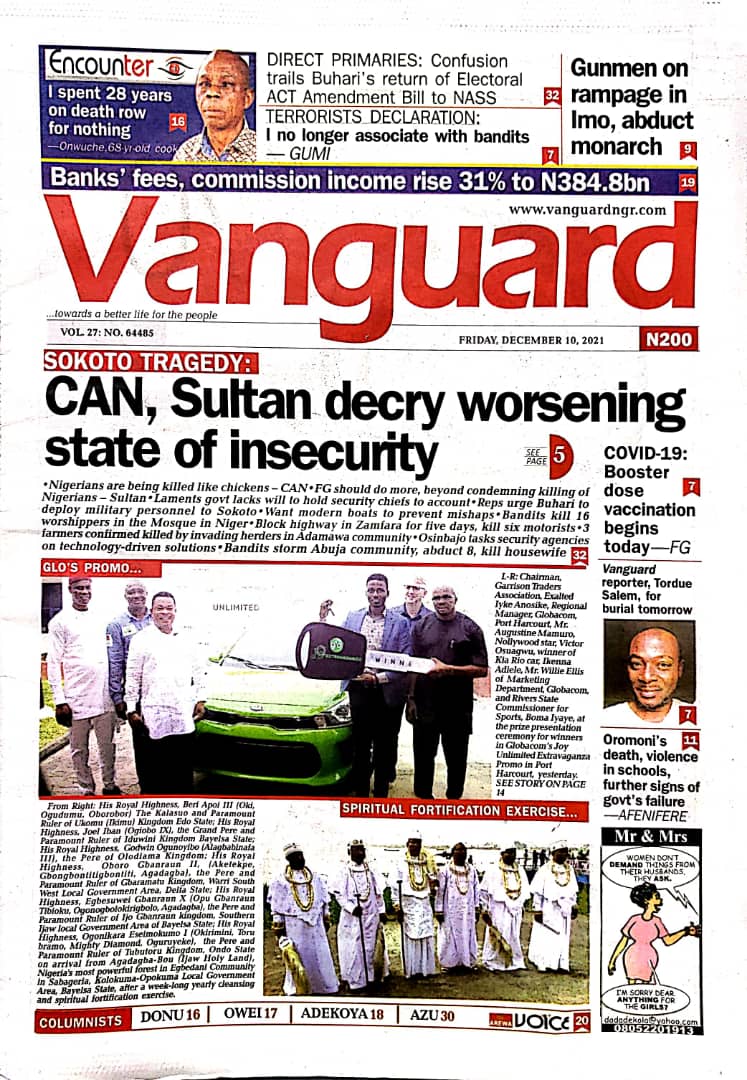 According to Daily Independent, President Muhammadu Buhari on Thursday accused former President Olusegun Obasanjo of using his diabolical double-cross to plot the failure of most South-West governors, including Chief Bisi Akande of Osun State, from making second term in 2003 general election. 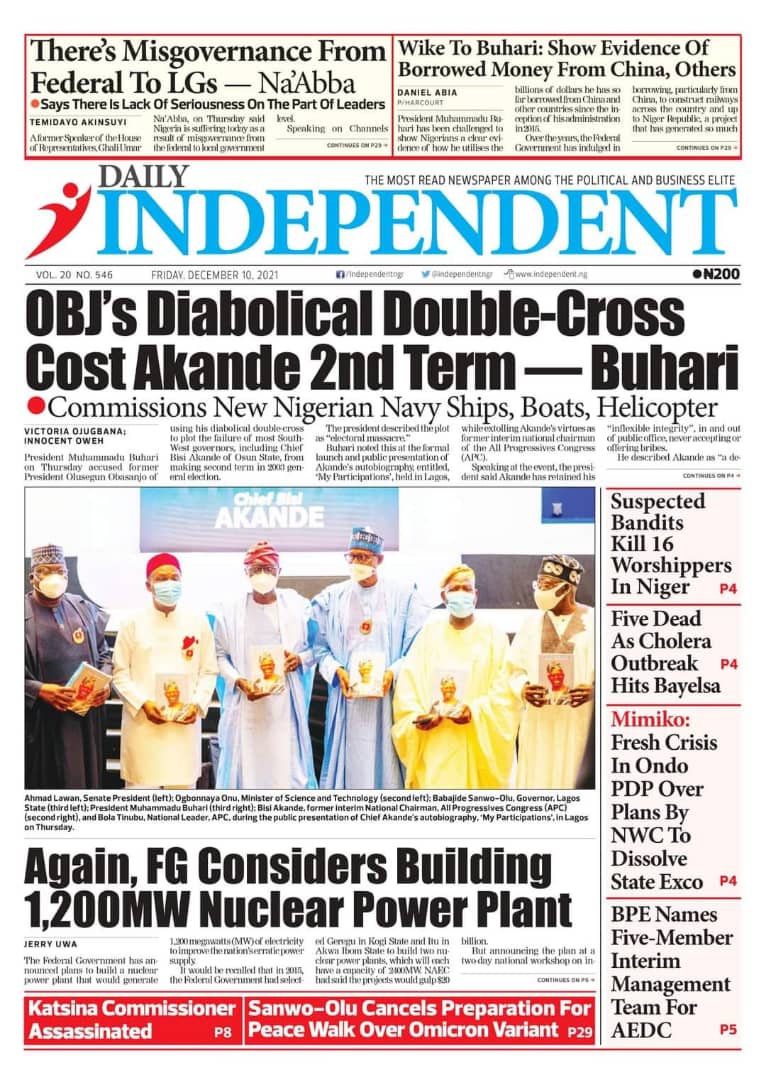