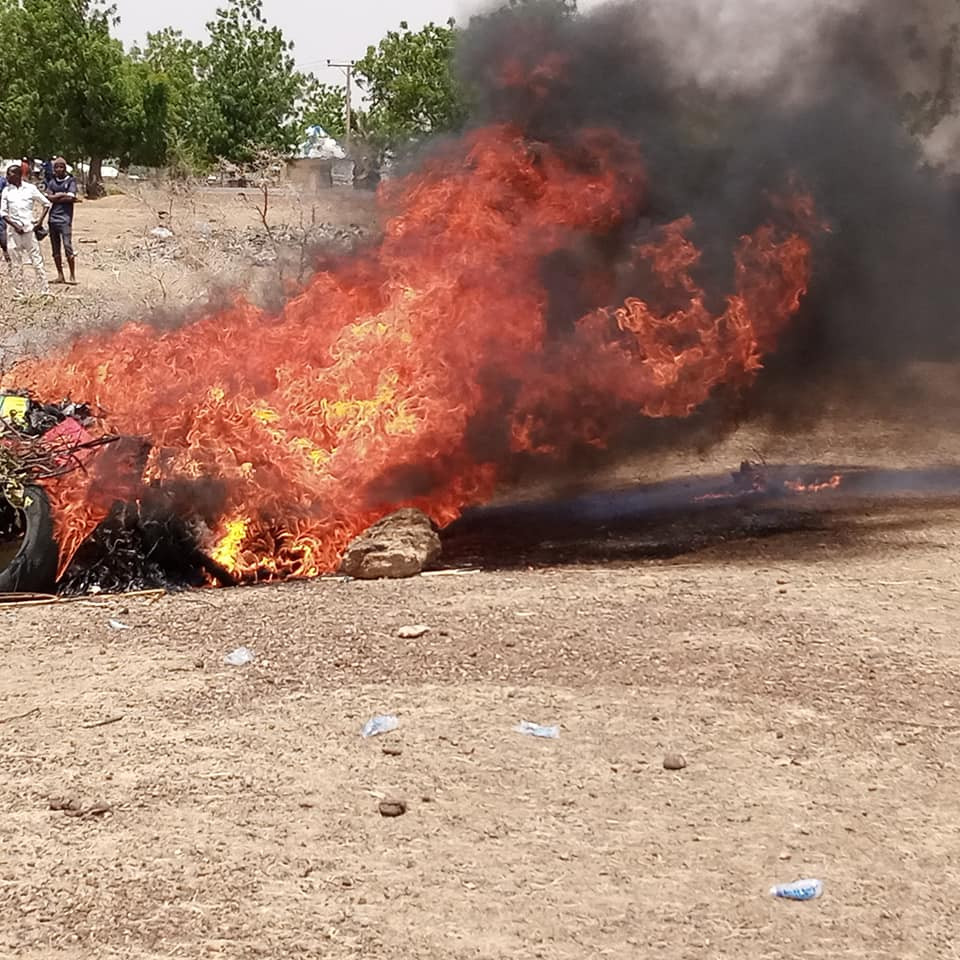 It was gathered that the suspects had succeeded in robbing their victim but could not escape with the money as their motorcycle failed to start.

The victim who is said to be a lady immediately raised alarm and residents of the Ikot Oku Ikono area in Uyo, responded and lynched the criminals, Naija News learnt.

The incident reportedly happened on Wednesday at noon in the metropolis.

An eyewitness who gave his name as Nyenime Effiong told PUNCH Metro that the two robbers using motorcycle tried to overpower a PoS attendant dispensing cash to customers near the newly commissioned fly-over bridge.

Effiong explained further that luck ran out of the criminals when the motorcycle they came with refused to start after they had succeeded in their operation.

“They thought their operation would be swift, but it turned to be end-of-the-road for them. They arrived on motorcycle and the one on the passenger seat alighted and suddenly accosted the POS operator with a gun and demanded for cash,” Effiong told newsmen.

He added: “She immediately screamed at the sight of gun and released her purse. But their motorcycle refused to kick. Then some commercial mini-bus and keke drivers with other angry youths trooped to the scene, chased the thieves and caught them.”

A vigilante group in the community had told residents that the perpetrators of the event “are also in the habits of targeting pump attendants at filling stations and supermarkets in the metropolis”.

Responding to the incident and the lynching of the criminals by residents, the Commissioner of Police (CP), Mr. Amiengheme Andrew who spoke through the Command Public Relations Officer, Odiko Macdon, warned residents not to take the laws into their hands by administering jungle justice on criminal suspects, reiterating that people should hand over suspects to the relevant security agency.

He said: “Jungle justice has no place in law, he said, advising that “civilians have power to arrest suspects, but must hand them over to the Police for diligent investigation and prosecution.”

One Killed, Others Injured As Explosion Rocks Delta Refinery