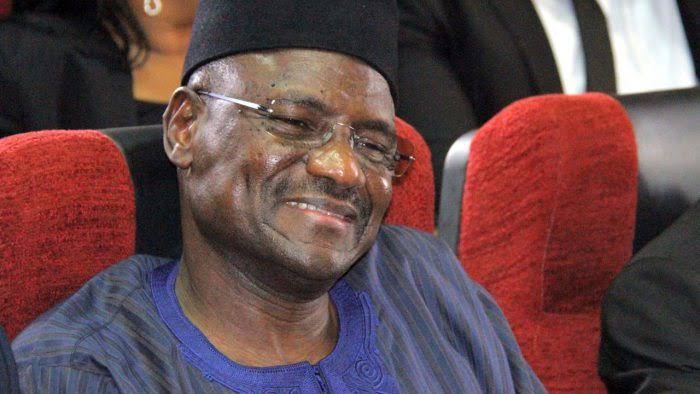 Former Chief of Air force, Mohammed Umar Dikko has opened up on the source of the 9.7 billion the EFCC had investigated him on.

Recall that Umar was arraigned by the Economic and Financial Crimes Commission (EFCC) in May 2016 over his alleged involvement in money laundering and procurement fraud.

According to the anti-graftgraft agency, the former service chief was involved in a fraud to the tune of about N9.7 billion, while he was in office between 2010 and 2012.

Naija News had reported that in a ruling on Tuesday, Justice Nnamdi Dimgba of the Federal High Court in Abuja held that the EFCC failed to establish a prima facie case that would warrant the accused person to open his defence with respect to counts one to six and was therefore acquitted of the six charges out of the seven brought against him.

On Wednesday, Dikko disclosed in a statement while answering questions from the prosecution counsel, Sylvania Tahir that the 9.7bn was his travel allowance

“Most of our trips were external trips outside the country.”

Related Topics:Umar Dikko
Up Next

Shiloh 2021: I Am Not Bothered By Issues In Nigeria – Bishop Oyedepo