A Nigerian man has shared an experience he had after paying for a room in a hotel that cost him ten thousand Naira for a night.

The man who was not pleased with the condition of the hotel and their service claimed that he approached the people in charge of the facility to return his cash which they failed to adhere to.

The unpleased customer in a video spotted online disclosed that the bed in the room he was offered has a spring-like hostel bed.

He further stated that he had slept in hotels in Lagos and Warri and their service is pleasing to the point that their customers don’t want to leave the facility.

The customer added that when he entered the room it was smelling and having sprayed the room to give it a better smell, 30 minutes after the smell becomes irritating.

The Nigerian man decided to open the bed to see what was underneath it, to his surprise there were dirty things under the bed space.

He noted that the condition of the hotel room can make a customer sick if they decide to stay in the facility for three days.

According to the man, he won’t have known about the dirt in the room if the man in charge of the hotel had returned his cash

Watch the video he shared below: 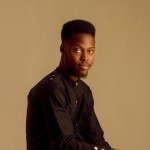