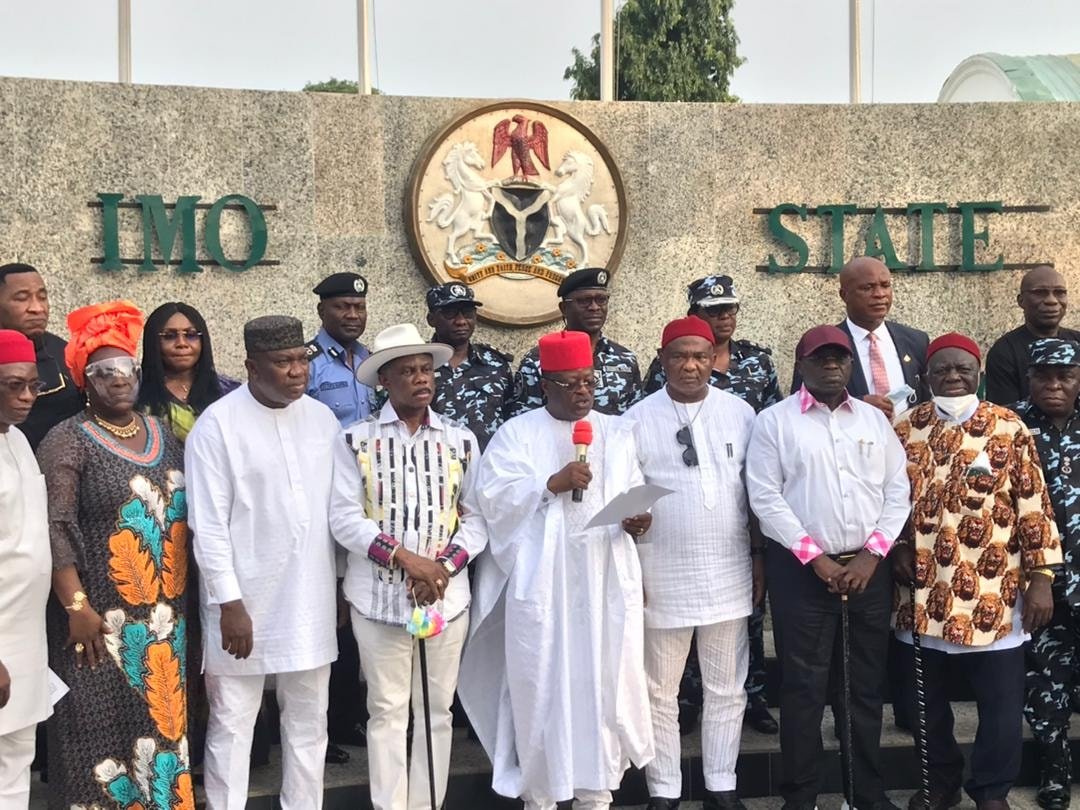 The South-East Governors Forum have exonerated the outlawed Indigenous People of Biafra (IPOB) from the killings and violence in the region.

Naija News reports that the governors were reacting to the killings in the region and the gruesome murder of two policemen in Anambra State by alleged IPOB members.

In a statement issued on Wednesday after a virtual meeting of the forum, Chairman of the South-East Governors and Governor Dave Umahi of Ebonyi State, said the killings in the region have gone beyond IPOB’s activities.

Umahi stated that criminals in the region are disguising as IPOB/ESN members to attack the people and security agents who are meant to protect lives and properties.

On behalf of his colleagues, Umahi condemned the murder of the two policemen in Anambra and assured residents of the region that the perpetrators of the heinous crime will be punished according to the law.

The statement reads: “We condemn in strong terms the video clip and write-up we saw in some social and print media where two policemen were said to have been killed and their heads cut-off by youths who styled themselves as members of IPOB/ESN.

“We have resolved among ourselves to work with security agencies to determine the authenticity of this video/report and if found to be true, to apprehend the perpetrators by all possible means to face the law.

“We are aware of similar videos in the past and which when subjected to forensic review were found out to have happened outside Nigeria.

“We assure Nigerians, especially the Police community, that we will not rest until we have done justice to this matter.”

The governors, however, urged youths in the region to get involved in the various empowerment and agricultural programmes that will better their lives.

The statement added: “We warn all criminals who have styled themselves as IPOB/ESN to kill our people to immediately stop.

“We are aware that the insecurity and killings in South East have gone beyond IPOB/ESN as any criminal finds it easy to hide under such a name to commit crimes. We are determined to do everything to protect the lives and properties of our people.

“Our youths are advised to leverage on the various empowerment and agricultural programmes by our Governors to better their lives.”