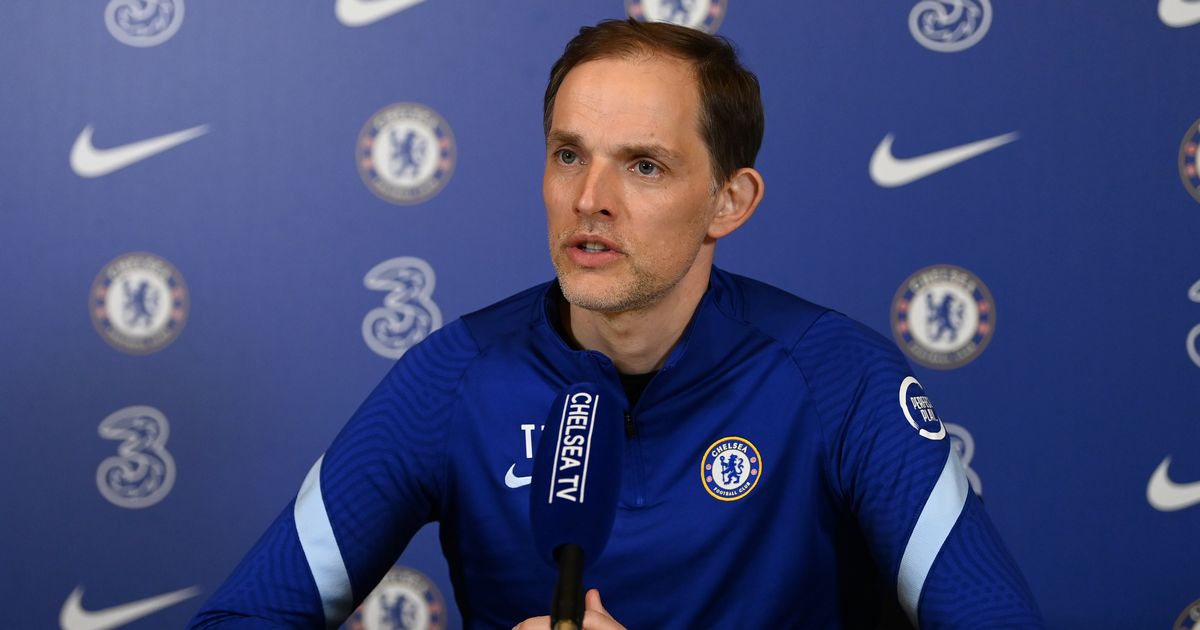 Naija News reports that visiting United on Sunday evening, held the Blues to a 1-1 draw to cut down their lead at the top of the Premier League table.

It was a tug of war for the two sides at Stamford Bridge last night as they both battled for 3 points but ended up sharing the spoils.

Reacting to the clash in a post-match interview, Tuchel said Manchester United defended deep during the encounter at Stamford Bridge, denying his side the chance to win.

Goals from Jadon Sancho and Jorginho ensured both teams played out a draw.

“I was happy to coach the team. I saw a huge effort, we had so many ball recoveries and put the pressure high,” said Tuchel at his post-match press conference.

He added: “We were brave and courageous, but they defended deep and then you need the first goal.

“If you don’t score, you always run a bit behind because you feel you’re the stronger team.

“We had two/three changes we maybe should’ve used, but in general, I like the way we played.”

Naija News reports that Chelsea’s next Premier League game to defend its current position on the EPL table comes up on December 1 against Watford City.

In another news, the surgeon of Nigerian International, Victor Osimhen, Gianpaolo Tartaro, has shed more light on the face injury of the attacker during the Serie A match against Inter Milan last weekend.

The Napoli forward after colliding heads with Inter Milan’s Skriniar was forced out during their 3-2 defeat to Inter Milan.

According to a statement released by Napoli, Osimhen will have surgery and will be out for at least three months.

Tartaro while giving an update on the injury said Osimhen’s eye came out of the socket because of the destruction of the malar bone.

He further stated that Osimhen should not play in the upcoming African Cup of Nations in Cameroon because he has to go through another surgery.