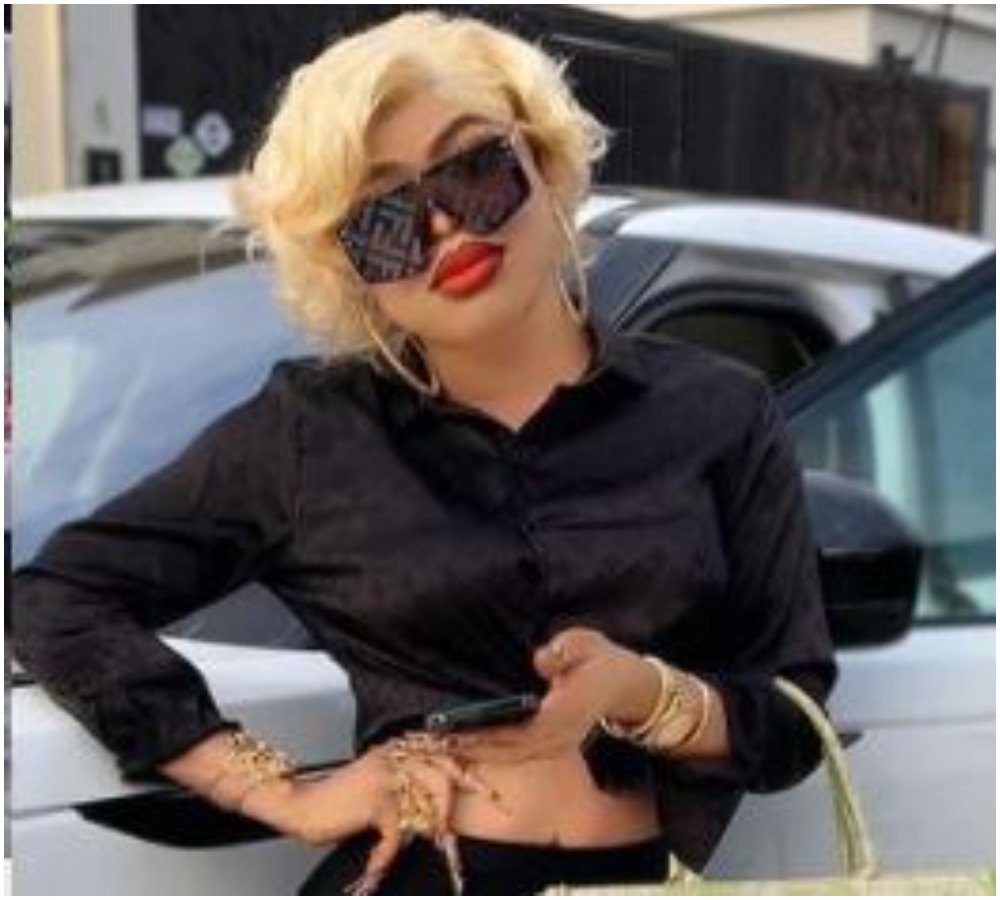 Controversial Nigerian crossdresser Idris Okuneye popularly known as Bobrisky has condemned the prank carried out on him by Zfancy.

Naija News recalls that Zfancy had pranked Bob at a hotel in Lagos. The pranked involved him accusing the crossdresser of owing his girlfriend some money.

However, the Instagram influencer recently took to his Instagram page to call out the prankster for his actions, demanding that the video which has gone viral be taken down.

He stated that he was ambushed after his meeting at the hotel and was not happy with the way things turned out.

Bobrisky also revealed that Zfancy had told him they would get his consent before posting the video but that did not happen.

The Crossdresser went ahead to call on his fans to report the video anywhere they see it so it can be taken down.

The socialite has added to the list of his cars despite the recent issues he has been battling with, starting with his detention by the Economic and Financial Crimes Commission and the death of a Nigerian lady at his club, Hustle and Bustle club.

The development was disclosed by Cubana’s, Chico who took to his Instagram story to share the news of the car, he wrote “Congrats boss @obi_cubana, Its plenty” Read more