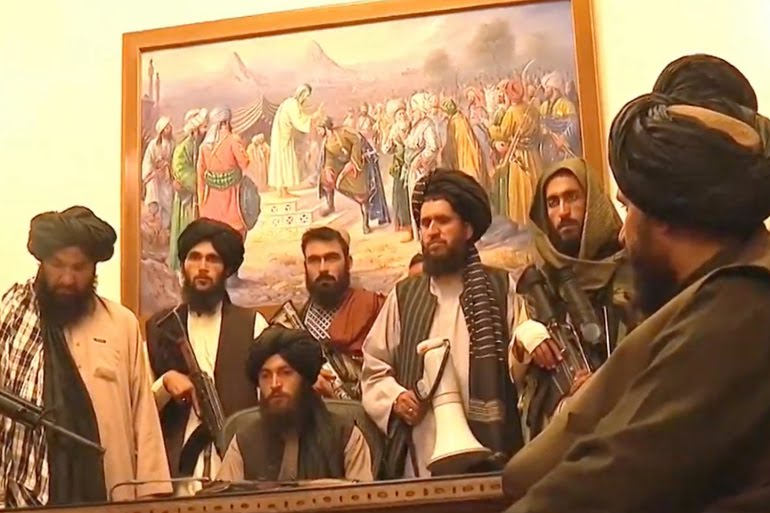 The Taliban has made a new rule that will stop women from appearing in TV dramas in Afghanistan.

The rule is amongst the religious guidelines issued to local media on Sunday, November 21st. A high profiled Afghan journalist, Anisa Shaheed confirmed the directive via her Twitter handle.

She wrote: “The Taliban’s new restrictions on the media on how to wear the hijab of female journalists, women’s clothing and women’s work, how to broadcast movies and TV series, entertainment programs and how to wear men’s clothing.”

The rule which stops women from appearing in TV shows and movies was first introduced when the Taliban was in power from 1996 to 2001. The Taliban seized power in mid-August after the departure of US and allied forces and are gradually imposing harsh rules in the country which was under democratic rule.

Meanwhile, Emma Ighodalo, 28, a robbery suspect and an indigene of Irri village in Isoko South in Delta State has led policemen to the hideout of a 77-year-old suspected gunrunner, Michael Enipozi.

Naija News reports that security operatives from Ozoro swung into action after receiving a distress call that three armed robbers were operating at the premises of a man (name withheld) along Ozoro/Ughelli road.

According to the Delta State Police Spokesperson, DSP Bright Edafe, the robbery suspect arrested with a live cartridge after his gang members escaped, confessed to have thrown away his gun into the bush while trying to escape from the combined team of policemen and vigilantes mobilized to the scene.

He also confessed that he bought the gun from the septuagenarian gunrunner for N30,000 and led policemen to his hideout from where three double-barrel guns, two single barrel guns, and tools used in manufacturing guns were recovered from him. Read more