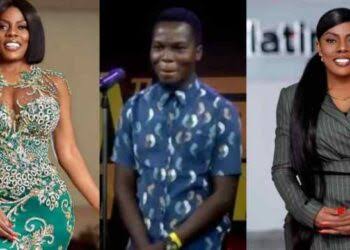 Recall that Naija News earlier reported that a Ghanaian man who constantly trolls some TV hosts went speechless after meeting them in person.

The young man known as Albert went for an audition in a reality TV show hosted by the three women he constantly trolls. On meeting them in person, they asked him to say the same things he wrote about them to their faces but he responded that Twitter is a totally different world.

The women who identified themselves as Lydia, Forson, and Sewa asked him if he felt it was ok to simply hide behind a phone and say things he was not sure of.

In a new development, Albert who is a journalist has been fired from his job. However, his boss put out a statement on social media saying that the loss is not connected with his former employee’s audition.

He said: “I felt perhaps he couldn’t handle the number of stories a day being given to him, so I told him, I would reduce the stories he would do a day, so he can meet targets and that means a reduction in salary.

“He pleaded that I give him November to prove his worth again and gave reasons why he had been underperforming. I agreed and said it’s a challenge then, if you don’t meet the targets again, you will be laid off.”