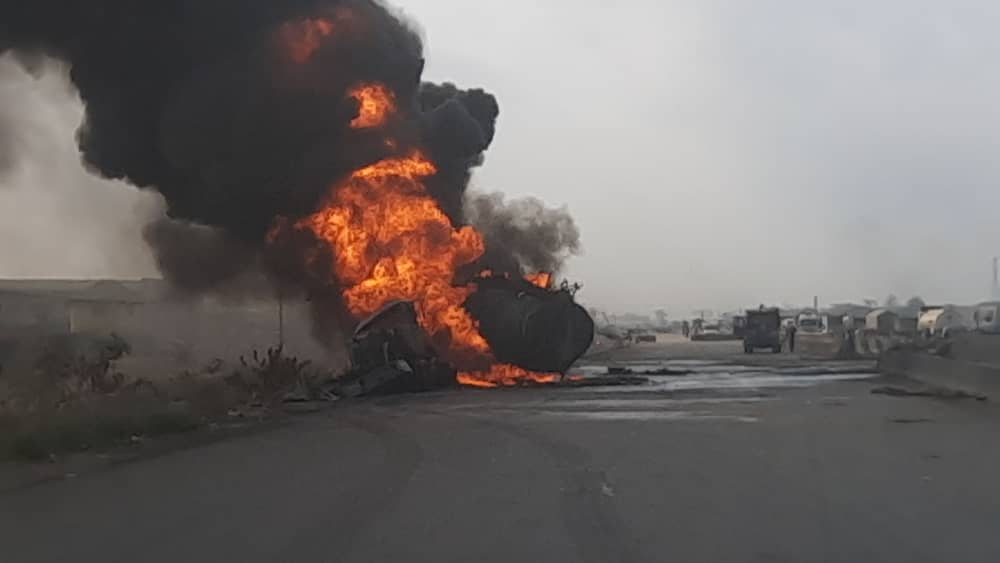 An early morning tanker explosion which occurred on the Lagos-Ibadan expressway on Wednesday has left five people burnt to death.

The accident which took place at about 4:46am around Tunji Alegi Filling Station Kwakyama corridor of Ogere, Ogun State also had five vehicles parked along the road burnt down.

The unfortunate happening has been confirmed by the spokesperson of the Federal Road Safety Corps (FRSC), Ogun State Sector Command of the FRSC, Florence Okpe.

According to her, operatives of the fire service Sagamu, PTD Ogere, and Gateway Police Station old tollgate Leo in Ogere joined in efforts to clear the scene and put the fire out.