Popular Nigerian singer and music producer David Adeleke also known as Davido has sparked reactions on social media after his plea generated over fifty seven million naira in one hour.

Naija News reports that the Afrobeat’s singer, Davido via his Instagram handle, tasked his friends to give him ₦1 million each ahead of his 29th birthday.

According to Davido, he has been lifting others for a long time and it was time for others to do the same for him.

He told his friends that if they truly belonged to the 30BG gang then they should be able to help him out, stressing that any of his friends that could not come through at this period in time should leave his gang.

The singer made this publicly by posting his account details on social media which has got his account buzzing with alerts not just from his friends but from his fans around the world.

Excited by the love shown to him, the father of four encouraged fans and friends to keep the alerts coming.

See some of the photos below; 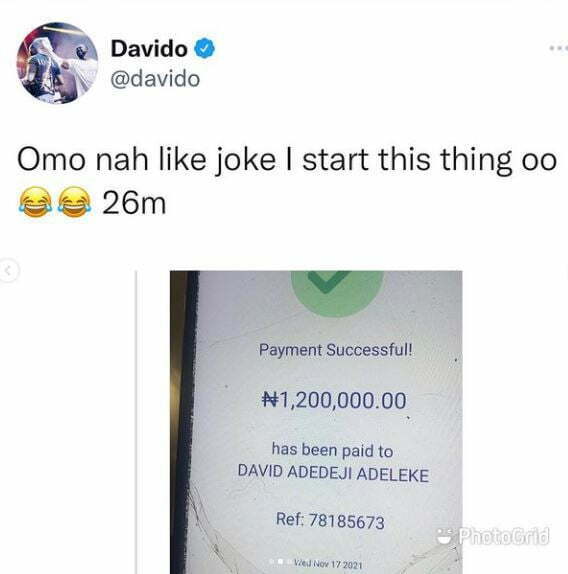 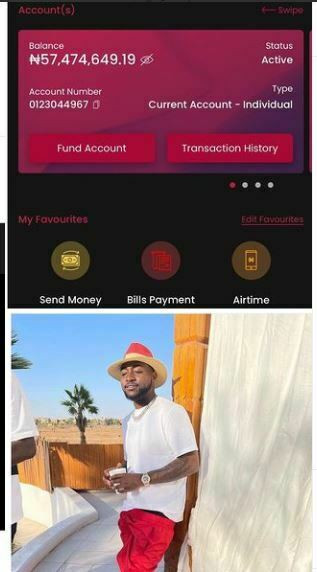 Meanwhile, reacting to the development fans have expressed awe at the love shown to the singer.

Media personality, Toke Makinwa, stated that she is restrategizing and upgrading her ‘celebrity status’ so to help her make more money.

‘Davido just made realize that i never bloe, i need more PR because .. Shhhhhhhhhh mad tins’ she wrote

Another fan wrote; chiblue0202 wrote; ‘ Awwnnnnnnnnn free money is good o, the love is real for him …… and that money will get to 100M’ 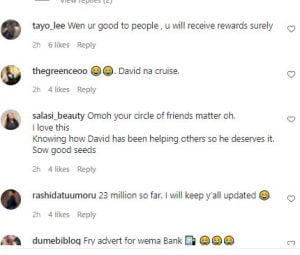