The PUNCH leads with report that the Academic Staff Union of Universities, on Monday, gave the Federal Government a 21-day ultimatum over the failure of the government to implement the agreement reached with it. 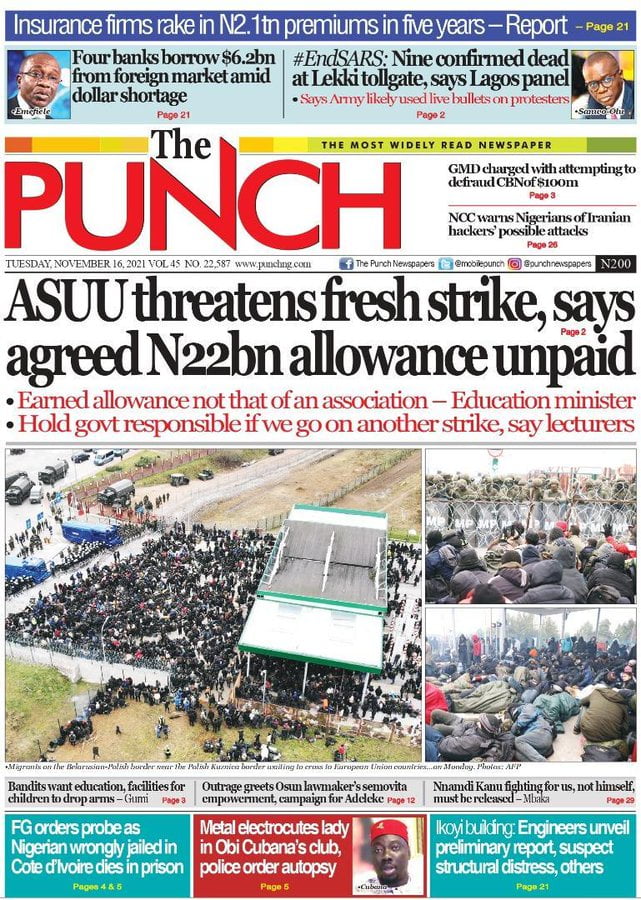 Again, the October inflation rate defied market reality as data released by the National Bureau of Statistics (NBS), yesterday, showed prices of goods and services have continued to increase at a slower rate, The Guardian reports 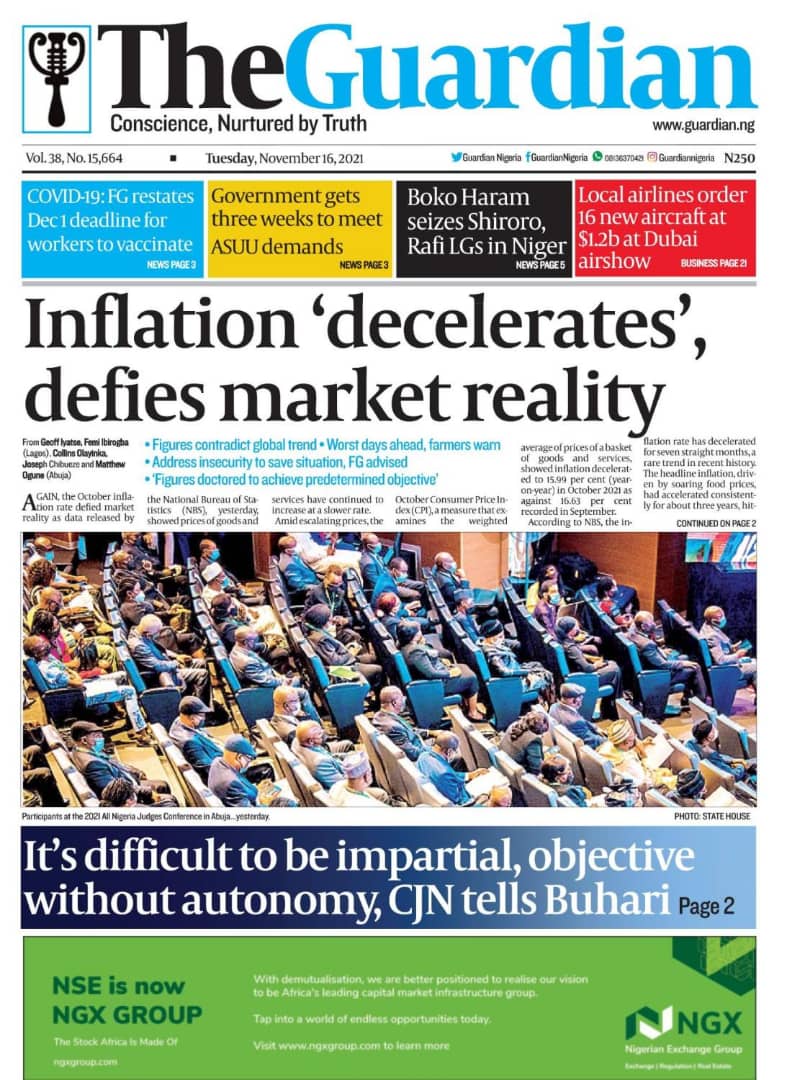 According to Daily Trust, No fewer than 50 Islamic State West African Province (ISWAP) commanders and fighters were killed during a counteroffensive by troops in Askira Uba Local Government Area of Borno State, the Nigerian Army said Monday. 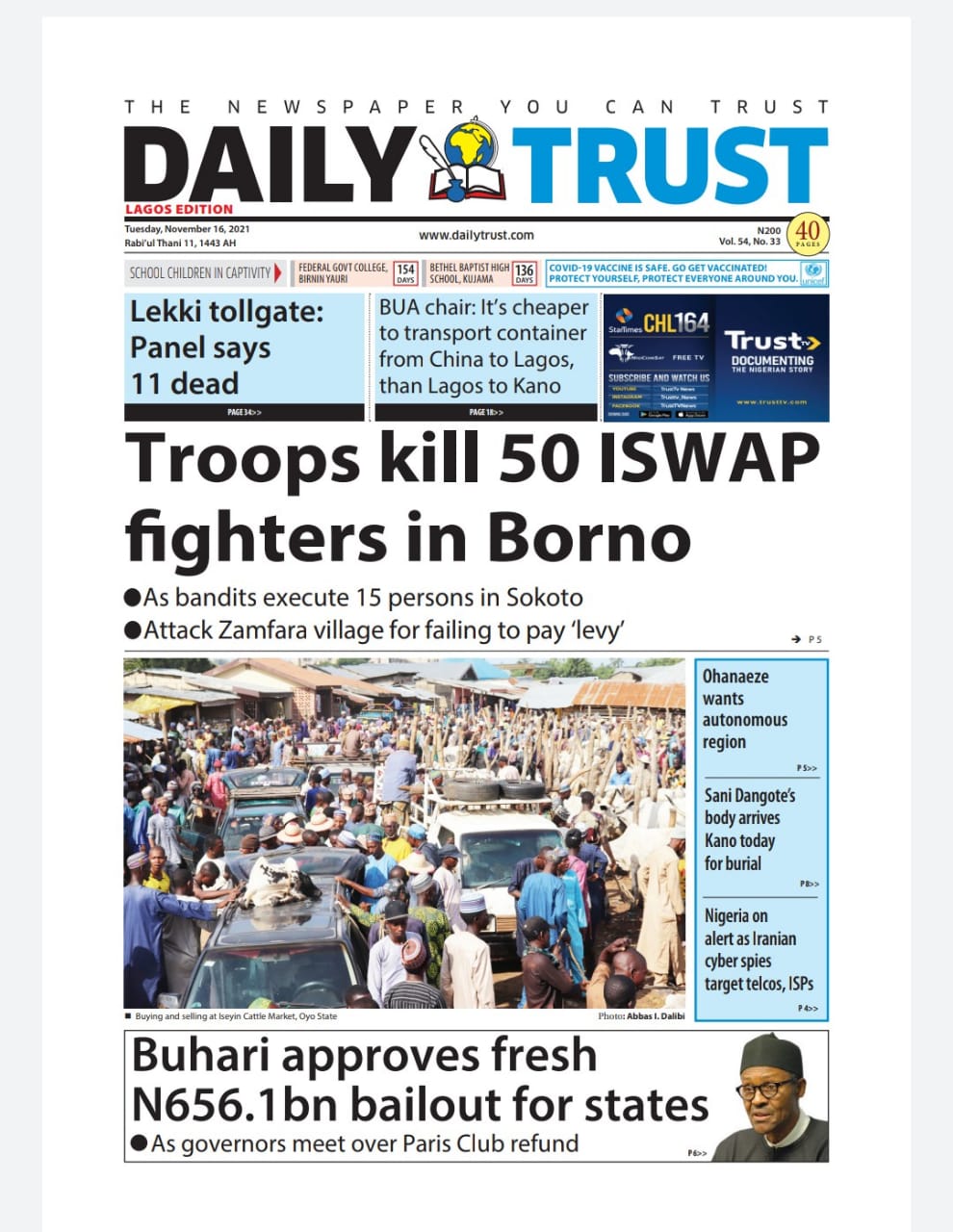 The unsettled effects in Nigeria’s economy with attendant sorry state are not expected to wane so soon on account of the current drop in the country’s oil output which fell below its monthly quota despite higher crude oil prices and allocations, Daily Independent says. 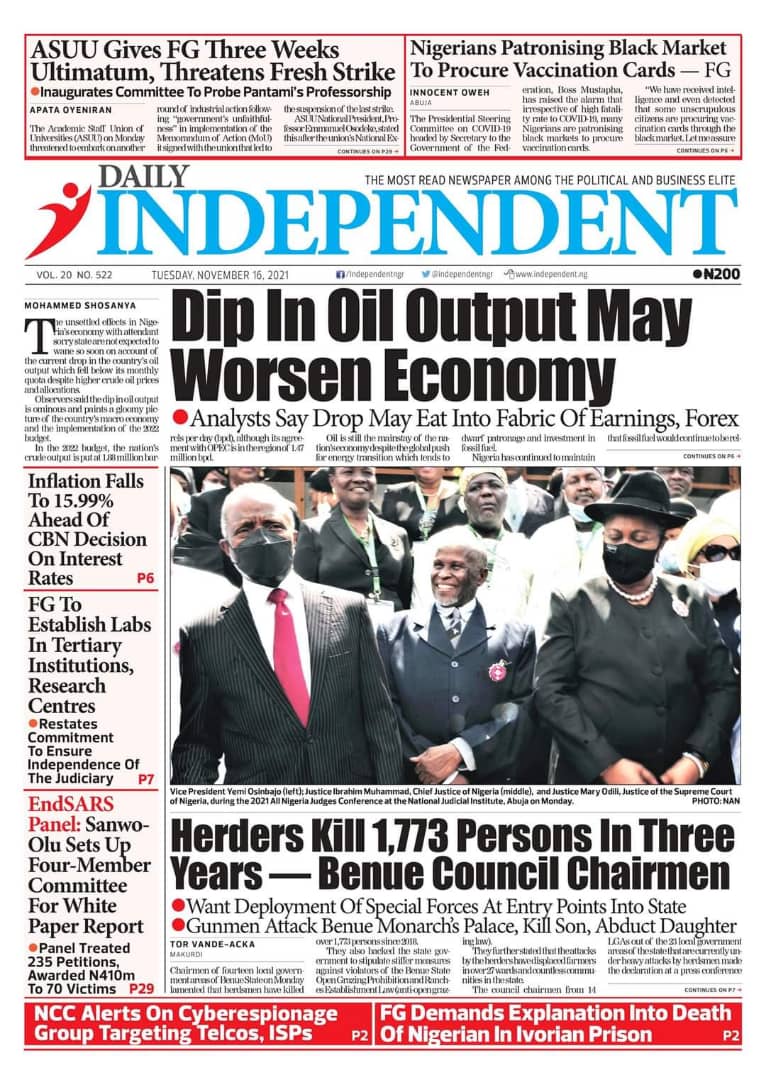 Lagos State Governor, Mr. Babajide Sanwo-Olu, has received the final report from members of the Judicial Panel of Inquiry and Restitution for Victims of Special Anti-Robbery Squad (SARS ) related Abuses in the State, Daily Sun reports. 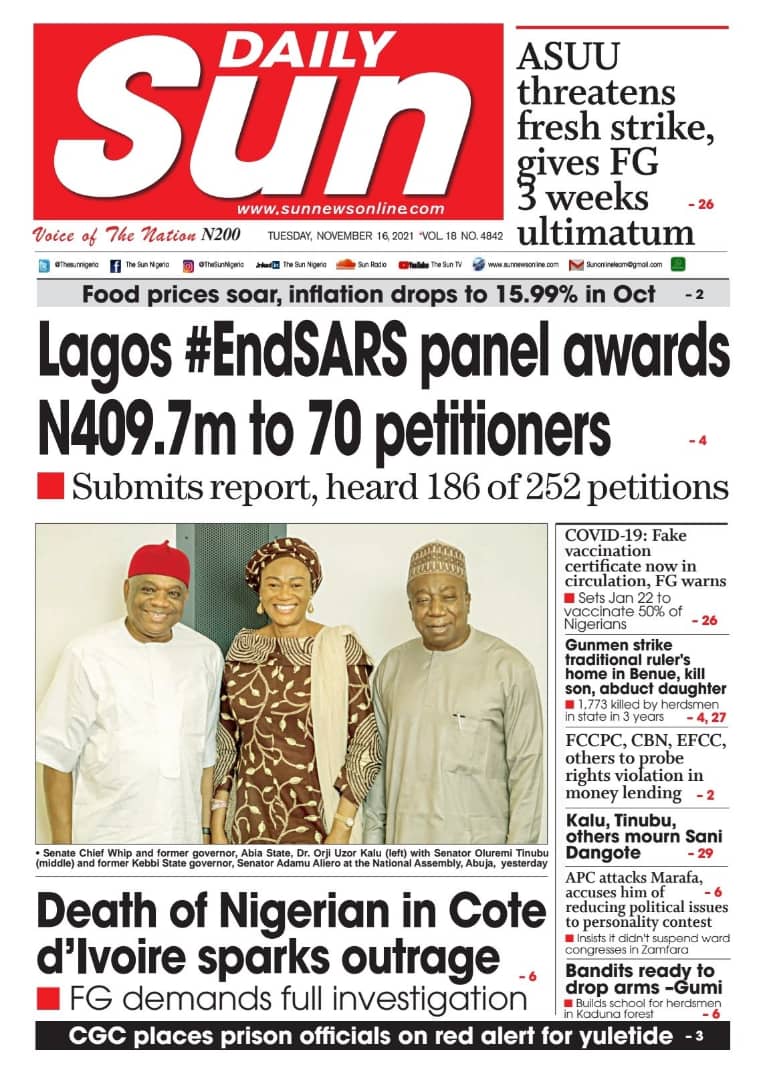