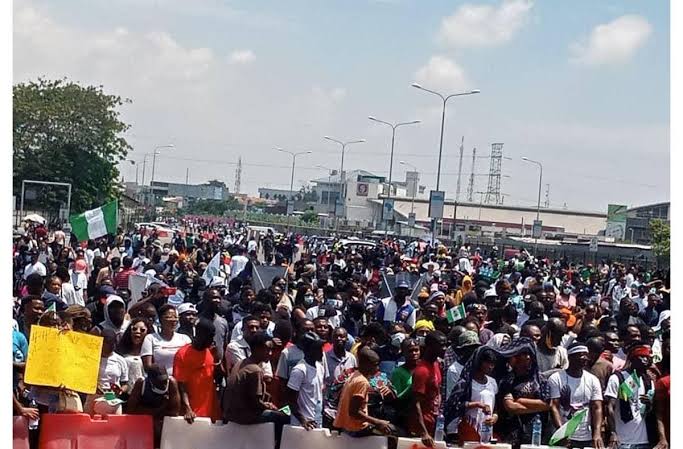 The Lagos State Judicial Panel has submitted its report on Monday, November 15 to the Lagos State Government and has reportedly found the Nigerian Army guilty.

According to the report which is yet to be made public, the Nigerian Army fired live bullets at the protesters in Lekki toll gate on October 20, 2020, which was admitted by General A.I.Taiwo on pages 6,7,21 and 22 of the report.

The general admitted on page 22 that the army went to the venue of the killings with live and blank bullets.

The report also stated that the absence of the officers of the Nigerian Army, who were summoned by the panel was an effort to hide material evidence relevant to the investigation.

The report states: “From the evidence of General A.I.Taiwo (Commander, 81 Military Intelligence Brigade, Nigerian Army, Victoria Island, Lagos) on pages 6, 7, 21, 22, the Panel finds that both blank and live bullets were fired by the Nigerian Army at the Lekki Toll Gate on October 20, 2020, for the following reasons:

“from the military men in uniform, the Army left its base with vehicles, rifles and guns, which contained both live and blank bullets. General Taiwo admitted at page 22 that the Army went to the Lekki Toll Gate with live ammunition.

“As of October 30, 2020, when the Panel visited the Lekki Toll Gate for its on the spot assessment, it was still able to recover two bullets shells which were duly analyzed by the forensic expert hired by the Panel, Sentinel, who is very familiar with weapons used by the Nigerian Army. These bullet shells were said to be the same as or similar to the ones normally used by the Nigerian Army and they were expended shells, meaning they were fired live at the Lekki Toll Gate.

“Petitioners and witnesses appeared before the Panel to give vivid accounts of shootings by the Army into the crowd of protesters. The Panel finds their testimonies credible being eyewitness accounts and would ascribe probative value to their testimony over that of General Taiwo who was not physically present at the Lekki Toll Gate.”