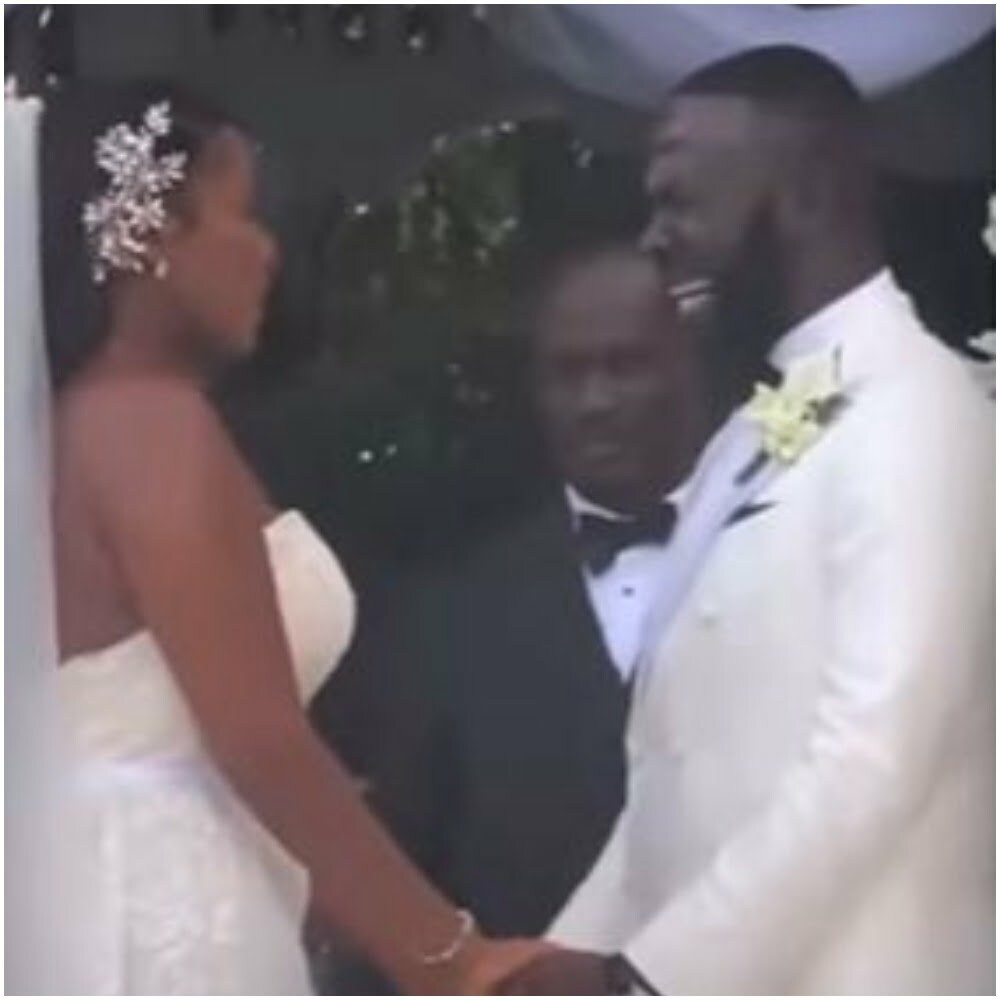 The video of a groom weeping profusely during his white wedding ceremony has surfaced on social media.

In the video, the groom, who is yet to be identified, as at the filing of this report, was seen shedding hot tears at his white wedding while exchanging vows with his beautiful lover.

The bride who was also pictured standing beside him, donned a flowering white wedding dress, was seen laughing as she wiped her husband’s face and tried to console him.

The reason for their crying is not known as social media users feel they were both overwhelmed with their love for each other hence the tears of joy. 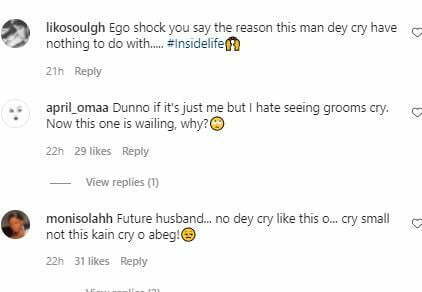 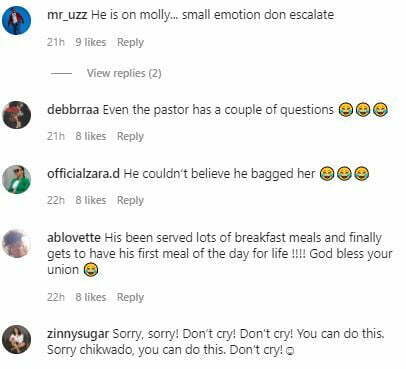 Meanwhile, a Nigerian couple identified as Anointed Aboki Comedian and his wife Comfort Religion recently arrived their wedding ceremony in a tricycle popularly known as Keke.

According to reports, Anointed Aboki Comedian and Comfort got married on Sunday, November 14, at Living Faith Church in Oleh, the headquarters of the Isoko South Local Government Area of Delta State, and unlike other couples, they arrived the venue of their wedding with a tricycle.

The bride and groom were also seen wearing colorful white and blue attire for their ceremony. See photos here.