The Lagos state Judicial Panel of Inquiry on Restitution for Victims of SARS Related Abuses and other matters have stated that the killing of peaceful protesters at Lekki toll gate on the night of October 20, 2020, can be equated to a ‘massacre’.

Naija News reports that the  Justice Doris Okuwobi-led panel disclosed this in its report submitted to the Lagos State Government on Monday.

In the report was titled, ‘Report Of Lekki Incident Investigation Of 20th October 2020’.

According to the panel, at least 48 protesters were either shot dead, injured with bullets wounds or assaulted by soldiers who stormed the Lekki toll gate on October 20, 2020.

It partly read, “The atrocious maiming and killing of unarmed, helpless and unresisting protesters, while sitting on the floor and waving their Nigerian flags, while singing the National Anthem can be equated to a ‘massacre’ in context.”

“It was alleged and corroborated that the soldiers had their vans parked at the Lekki Toll Gate and removed as many bodies and corpses of the fallen protesters which they took away with their vans,” it added on page 295. 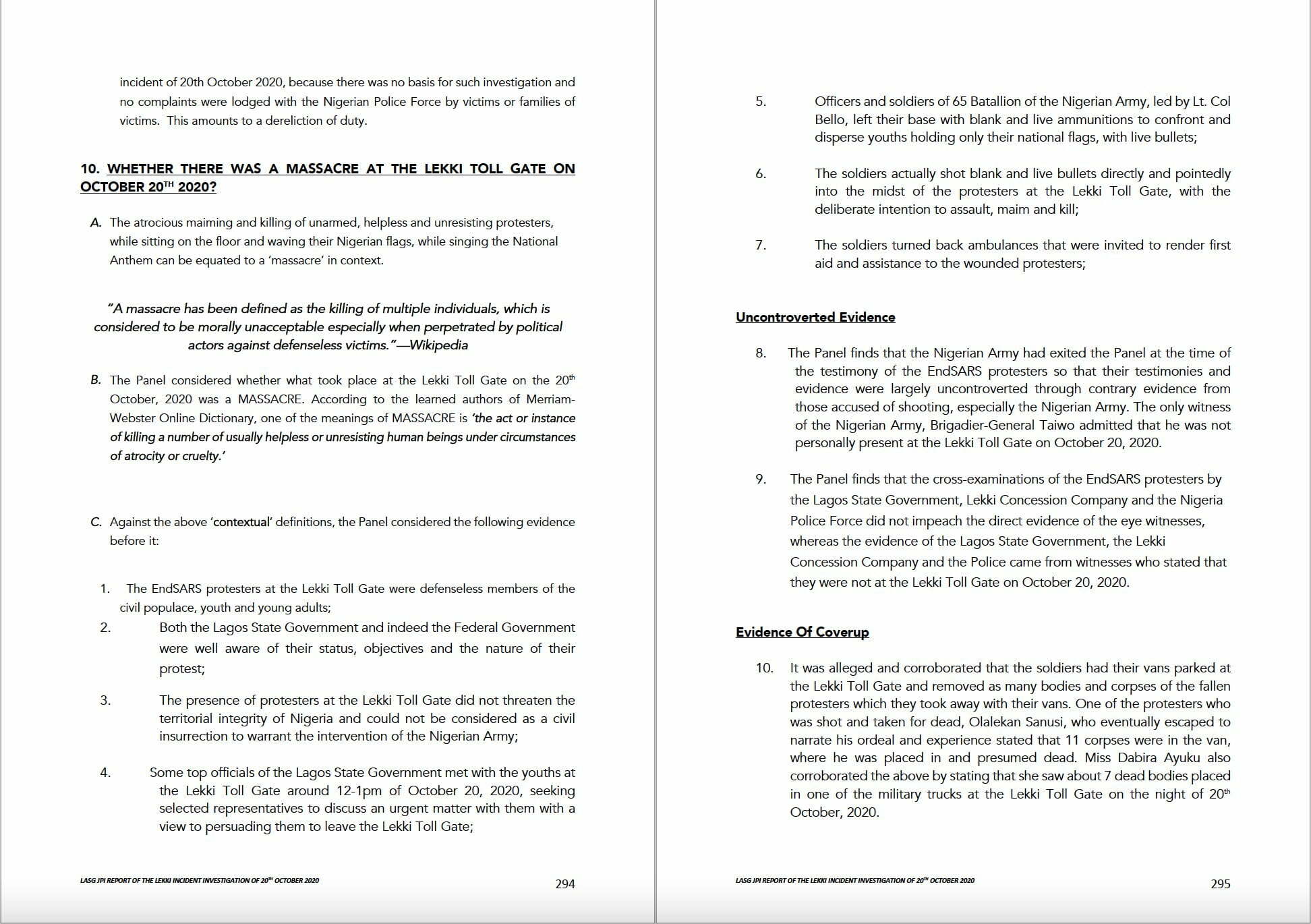 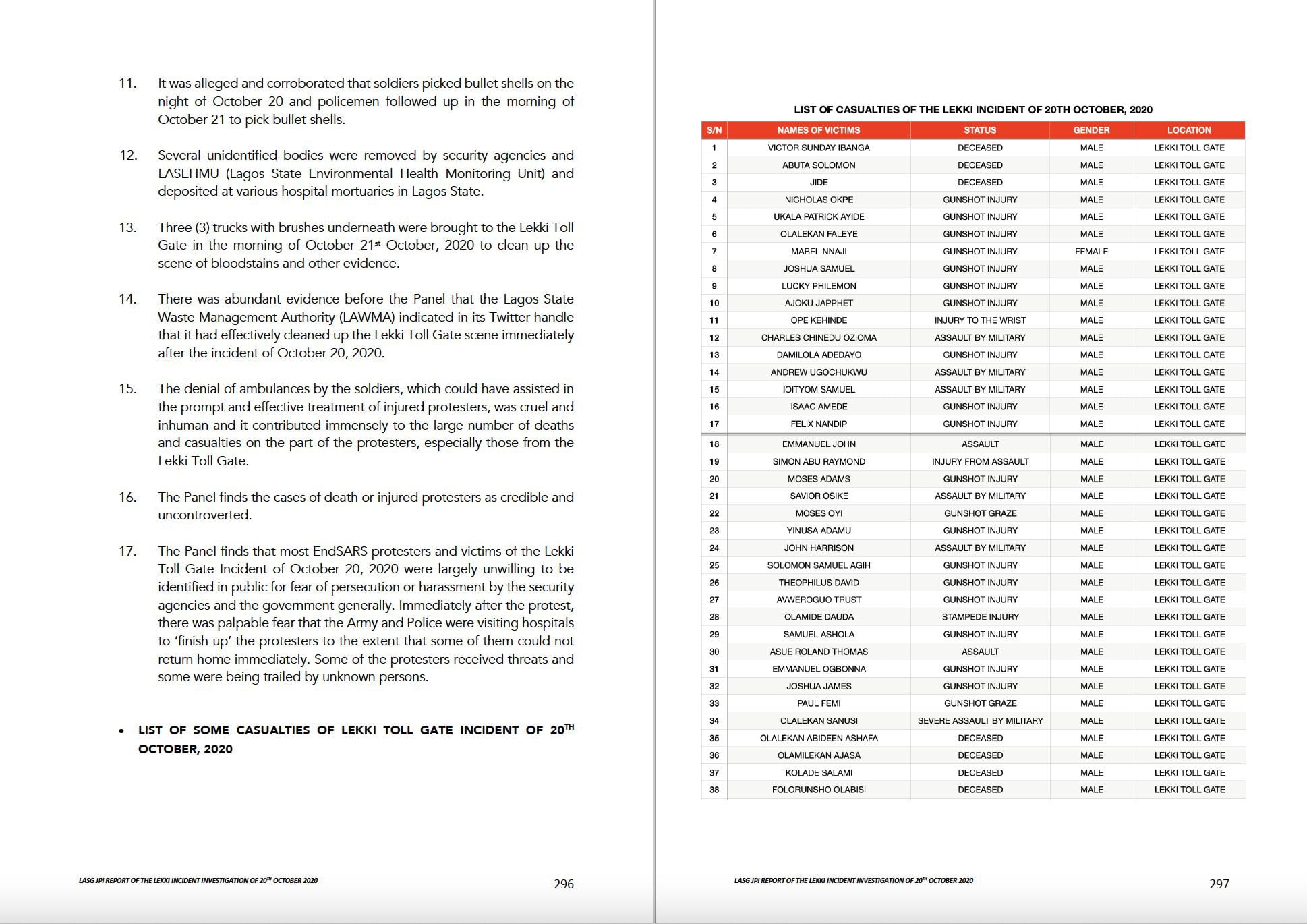 Recall that the Federal Government through the Minister of Information and Culture, Lai Mohammed, has consistently denied reports of a massacre.

Lai Mohammed had described the October 20, 2020 protest against extrajudicial killings and police brutality by operatives of the now-defunct Special Anti-Robbery Squad of the Nigeria Police Force as a “massacre without bodies”.

He had also threatened to sue Cable News Network and another international media house that claimed soldiers shot at peaceful protesters.

Meanwhile, Governor Babajide Sanwo-Olu of Lagos State has stated  the report will be submitted to the National Economic Council (NEC), chaired by Vice President Yemi Osinbajo.

He asserted that the recommendations made by the panel in the reports would be considered and implemented to forestall cases of police brutality in the state and the country in general.

Sanwo-Olu stated the submission of the reports is the beginning of proper reconciliation and restitution for victims of police brutality.