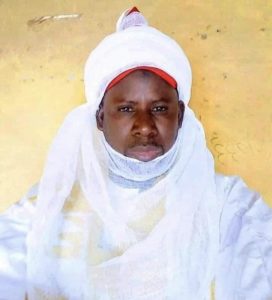 The village head of Banye village in Charanchi Local Government Area of Katsina State, Alhaji Bishir Gide Banye, has been released by bandits after spending 26 days in their captivity.

Naija News recall that the traditional ruler was kidnapped alongside a student during an invasion of the village by bandits in October.

In other news, the missing correspondent of Vanguard Newspaper in the National Assembly, Tordue Salem, has been found dead, weeks after he disappeared.

Salem was last seen around Total filling station, close to the Force Headquarters, Abuja before he was eventually declared missing.

A complaint was made a day after he was last seen and was nowhere to be found.

Meanwhile, a suspect identified as Prince Enyenihi has been arrested in connection with his disappearance.

A further report had it that the 25-year-old suspect had texted the wife of the deceased with a concealed number demanding N100 million as ransom.

The message reads in part, “If you don’t pay, Tordue will be killed in seven days. For more information, call this number.”

Enyenihi while speaking during interrogation had disclosed that he got the contact of Salam’s wife from a flyer that declared him missing.

As at the time of filing this report the details of the recovery of his body were sketchy.