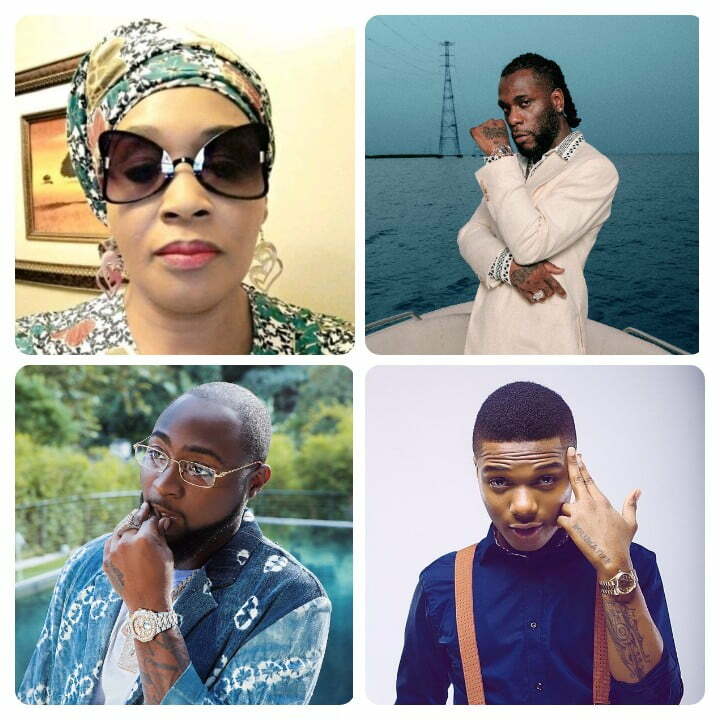 Controversial journalist, Kemi Olunloyo, has taken to her social media page to make a death wish.

Olunloyo who was once at loggerhead with Nigerian singer, David Adedeji Adeleke better known as Davido, on Thursday wished the DMW boss collaborate with his colleagues in the music industry to produce a song before she die.

She said that a song featuring Ayodeji Ibrahim Balogun, popularly known as Wizkid and African Giant Damini Ebunoluwa Ogulu, better known as Burna Boy with Davido will make her proud even in the afterlife.

Olunloyo prayed that the song featuring the three artists be played at her funeral reception.

She wrote: “I wanna see Davido, Burna and Wizkid do a song together before I die. I’ve been a music journalist 27 years among other news beats, a music publicist and a Canadian Grammy Judge. When I die, that song must be played at my funeral reception. I will be so proud as an Angel. DO IT.”

This comes after a Twitter user reminisced on the memories of the popular hit song stating that the song was co-written by Dbanj.  The post reads: “So Kukere by @iyanya was co-written by dbanj?, we learn everyday sha.. this song brings me good Ol’memories fr.”

Replying to the statement, the Kukere crooner via his Twitter handle clarified that he wrote the hit song, however, Dbanj’s verse in the Kukere remix was written by him.