According to The PUNCH, Nigeria’s debt stock of N35.5tn will rise to N42.7tn following the Senate’s approval of the Federal Government’s request for $16bn and €1.02bn fresh loans 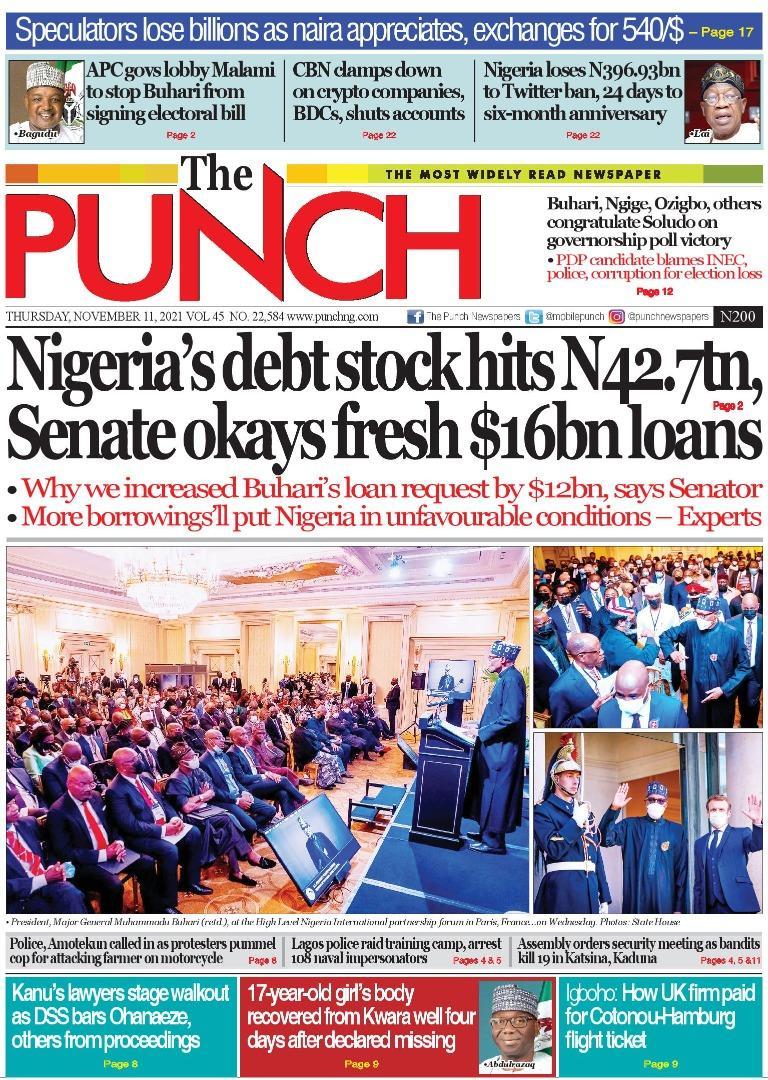 The Senate, yesterday, approved the sum of $16 billion, €1 billion and a grant of $125 million as foreign loans for President Muhammadu Buhari to fund his administration’s legacy projects, The Guardian says. 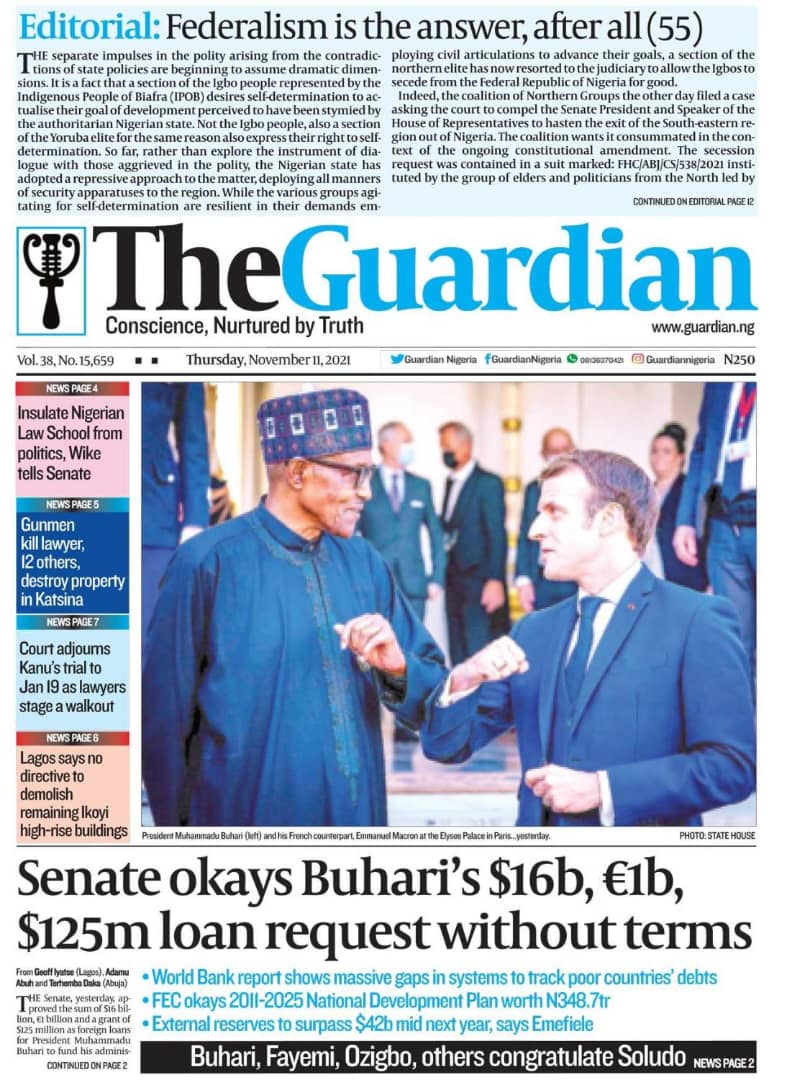 The move by governors to reverse the planned deduction of $418 million from states’ allocations to settle Paris Club Refund consultants hit a brick wall yesterday, The Nation says 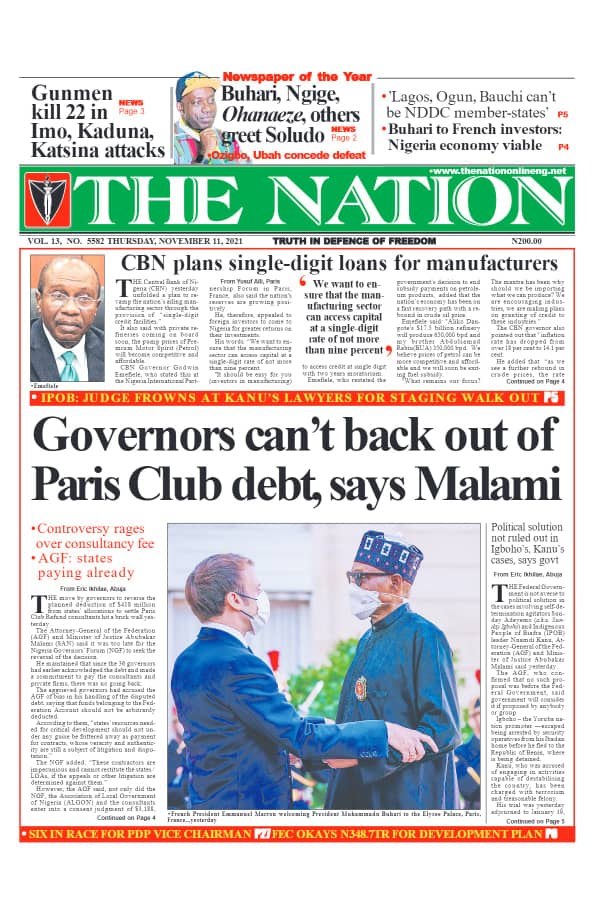 Anambra State governor-elect and candidate of the All Progressives Grand Alliance (APGA), Professor Chukwuma Soludo, yesterday unveiled his agenda for the state on the ARISE News Channel, in his first post-victory television interview. Soludo promised to run an all-inclusive government that would focus on problem-solving and value addition to the state. This Day reports 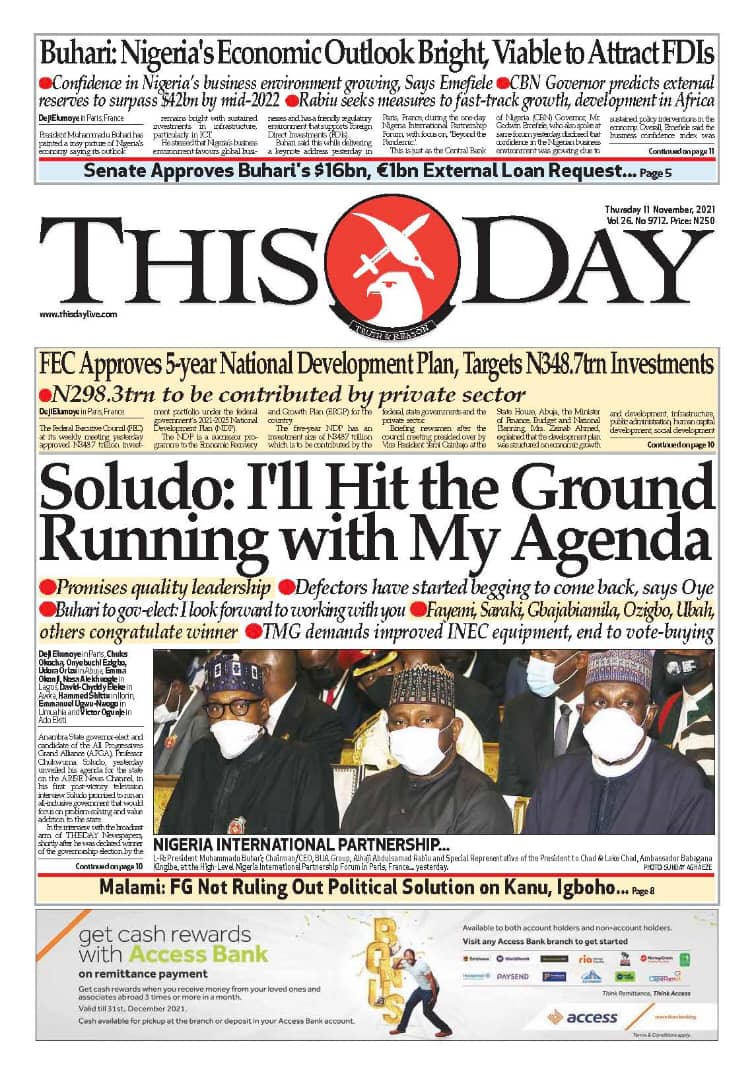 According to Daily Independent, there are strong indications that Nige­ria’s inflation may shoot up as the year winds down despite slowing for the seventh consecutive month with October at 16.63 percent, financial analysts said. 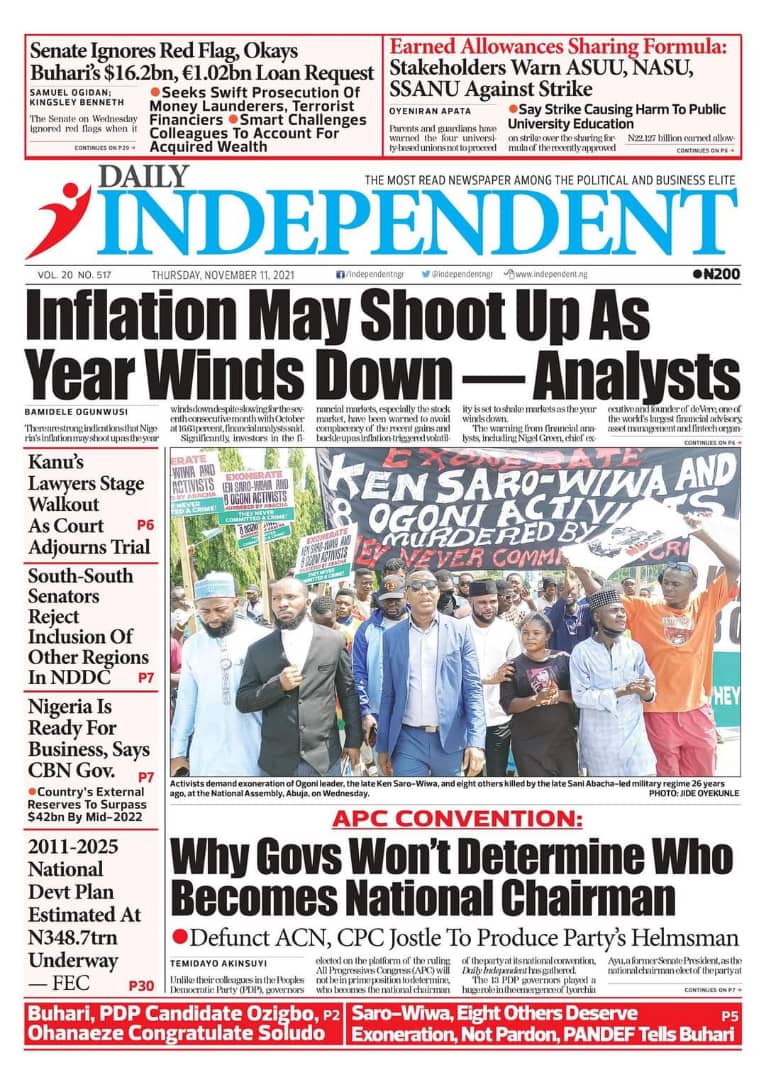 The trial of Nnamdi Kanu, the self-acclaimed leader of the proscribed Indigenous People of Biafra (IPOB), for treasonable felony, scheduled for Wednesday, could not continue as the defence lawyers walked out of court before the arrival of the judge, Nigerian Tribune reports.

‘People’s Will Prevailed’ – US Reacts To Outcome Of Anambra Election

What Must Be Done Before Buhari Can Negotiate With Nnamdi Kanu, Sunday Igboho – AGF Malami