The development was confirmed to newsmen in a statement dated Wednesday, November 10 and issued by the Secretary to the Edo State Government, Osarodion Ogie.

The appointments, Naija News understands, is coming following the harmonization of the Peoples Democratic Party (PDP) by leaders in Edo Central Senatorial District of Edo State.

The appointees, Naija News reports, emerged after party leaders across all the 51 wards in the five Local Government Areas (LGAs) of Edo Central Senatorial District had made headway in the interest of the umbrella party.

The names of the appointees across the 51 wards in the five LGAs were listed to include 21 SSAs and 51 SAs.

See below the listing of the appointees as made available to Naija News on Thursday morning. 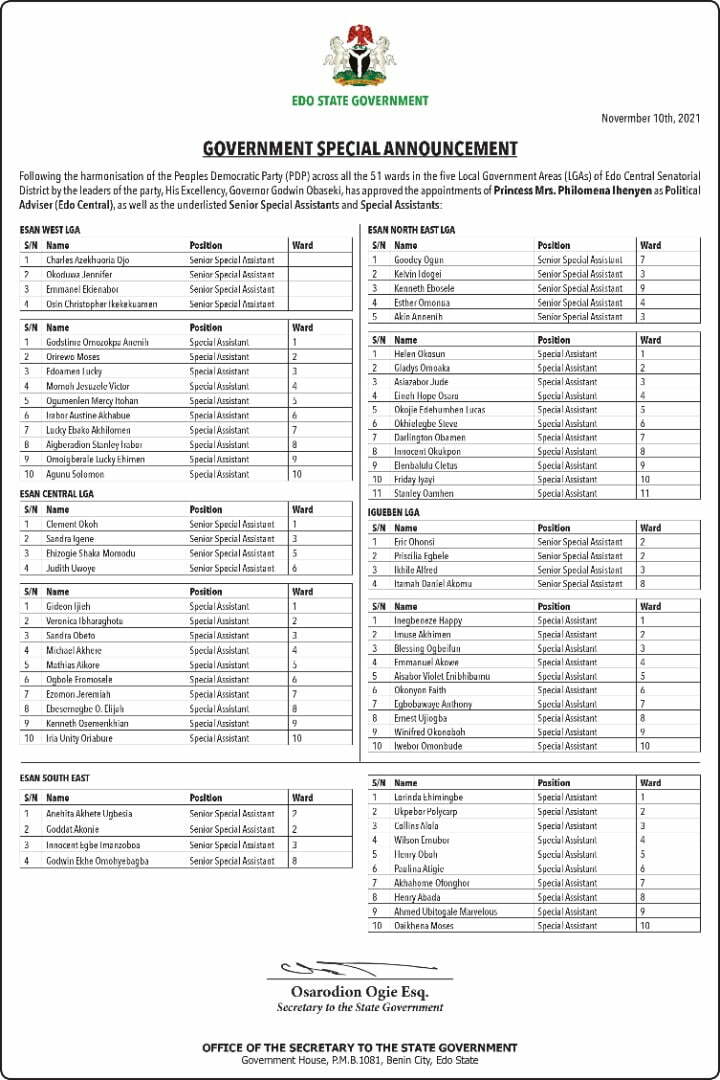