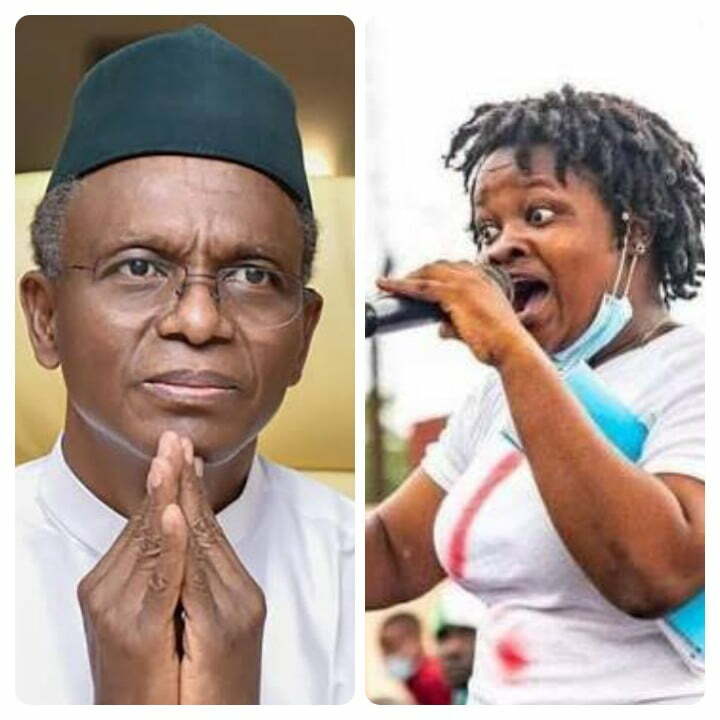 Naija News recalls that President Muhammadu Buhari government had banned the use of Twitter in Nigeria on June 5, 2021.

While trying to defend himself from Nigerians calling him out on the social platform which remained banned in Nigeria, the Kaduna State governor explained that he was accessing the platform from the overseer.

“VPN? Nope……outside Nigeria for a couple of days, so can tweet for the time being,” El-Rufai replied to critics identified with the username [@dexxybaba].

Engaging El-Rufai on the platform, Rinu tweeted: “The only place you get the freedom of speech is outside Nigeria”.

The governor replied Rinu saying: “Wrong @SavvyRinu! Conflating Twitter with “freedom of speech” is a significant exaggeration. Freedoms of many descriptions existed before and without Twitter, and will remain long after!! Enjoy your day.”

The aggrieved activist, however, lampooned El-Rufai calling his attention to the insecurity situation of the country. Rinu tweeted; “You are blanketing shamelessness with proper English, my dear Governor.

“I only hope bandits are not kïlling innocent citizens wherever you are. Enjoy!”.

Meanwhile, Nigeria’s Minister of Information and Culture, Lai Mohammed has explained that Twitter operations remain suspended in Nigeria because the social media giant has not met all the conditions given by the government.

Mohamed explained this while answering questions from stakeholders and participants at Nigeria International Partnership Forum in Paris.

The Minister said Twitter has met 10 out of the 12 conditions given to it by the government but discussions are still in progress (though advanced) and all issues are expected to be resolved soon.