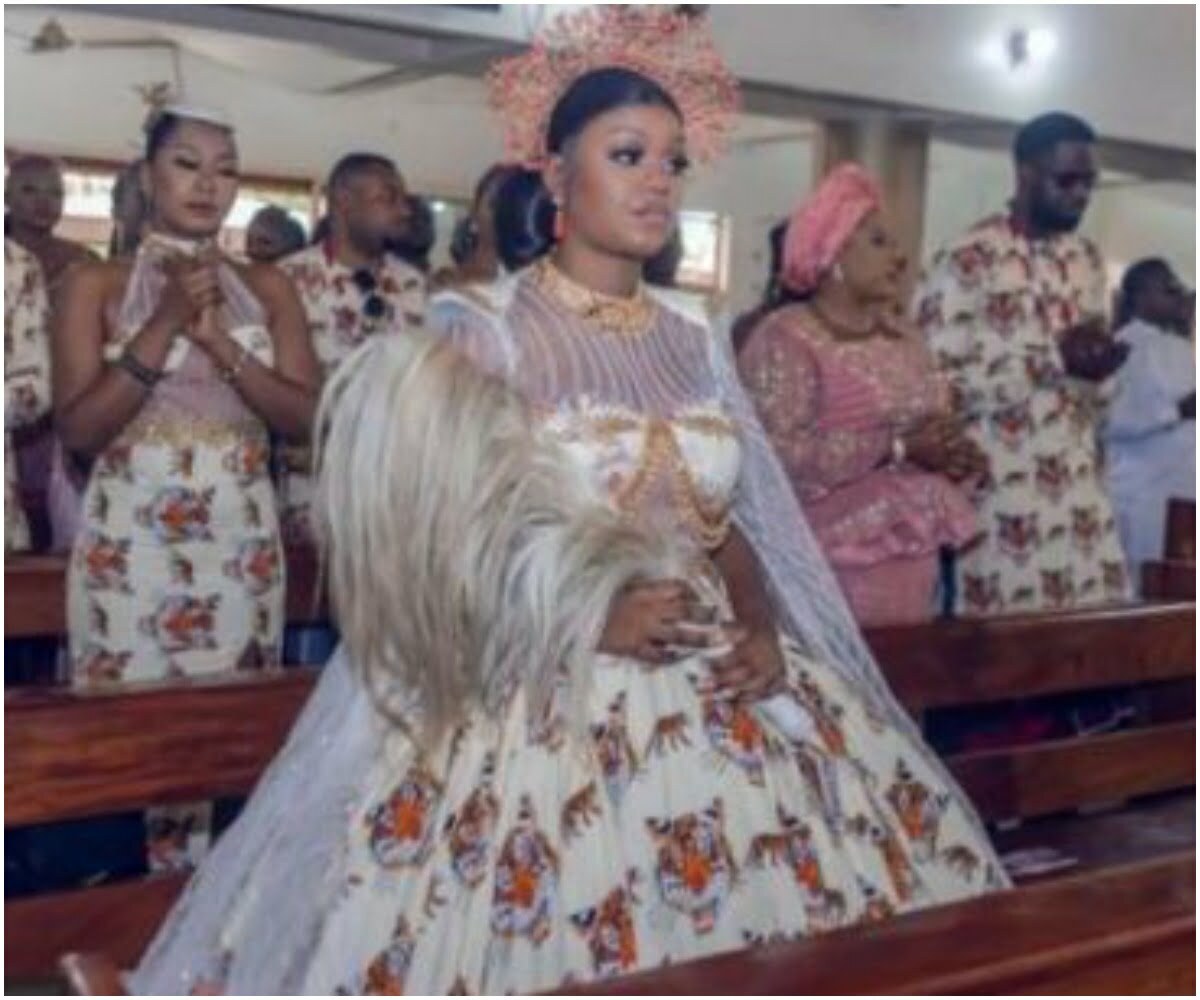 The beautiful bride, who rocked popular traditional Igbo attire Isi Agu during her church wedding, has said her love for Africa and black people inspired the outfit. 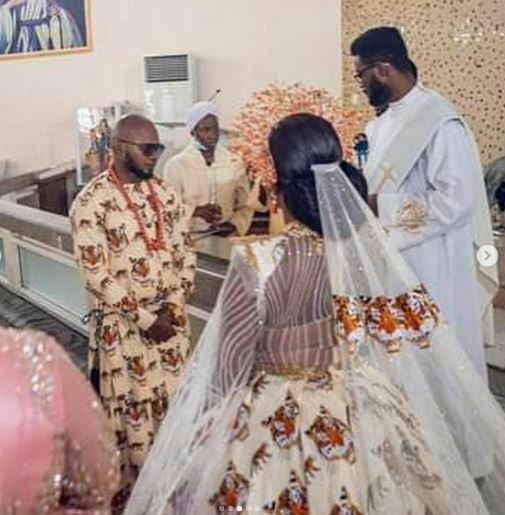 Naija News earlier reported that a Nigerian couple shunned the white wedding dress for the bride and the groom in exchange for Isiagu.

The couple trended after the photo became viral. 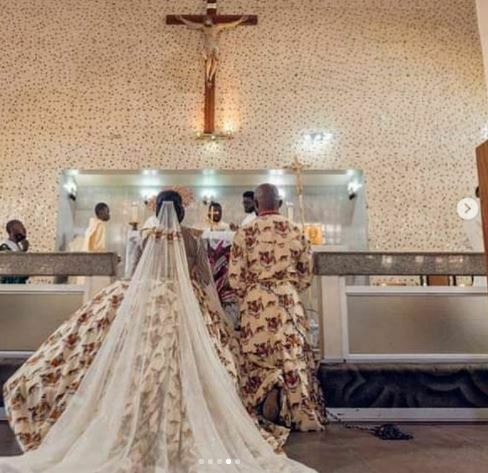 The bride during a recent interview with BBC disclosed that her decision was inspired by her undying love for African and black people, adding that she wanted to create something different

According to Ikejiofor Ella Amy, ”I am a fashion designer, so i wanted to use the medium to send out my message. And from people responses and reactions, I am happy we all love to embrace our own” 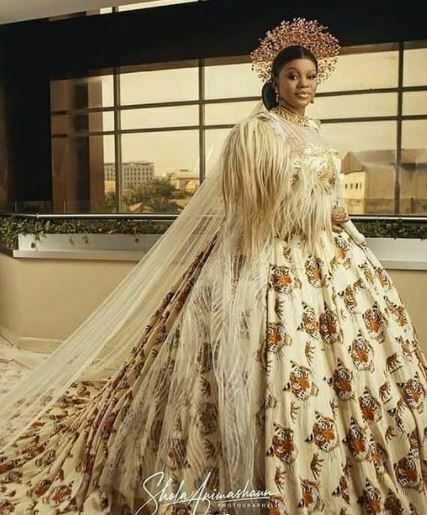 She also noted that her idea was like a mystery when she first came out with the plan, adding that she has received so many accolades on social media.

Mrs Ella said that she’s happy that the younger generation can go back to their roots and embrace their own.