According to The PUNCH, the Senate and the House of Representatives, on Tuesday, passed the harmonised version of the 2010 Electoral Act (amendment) Bill, 2021, after adopting the report of their joint Conference Committee. Although this did not go down well with governors who are now looking to Buhari to kill parts they are not happy with. 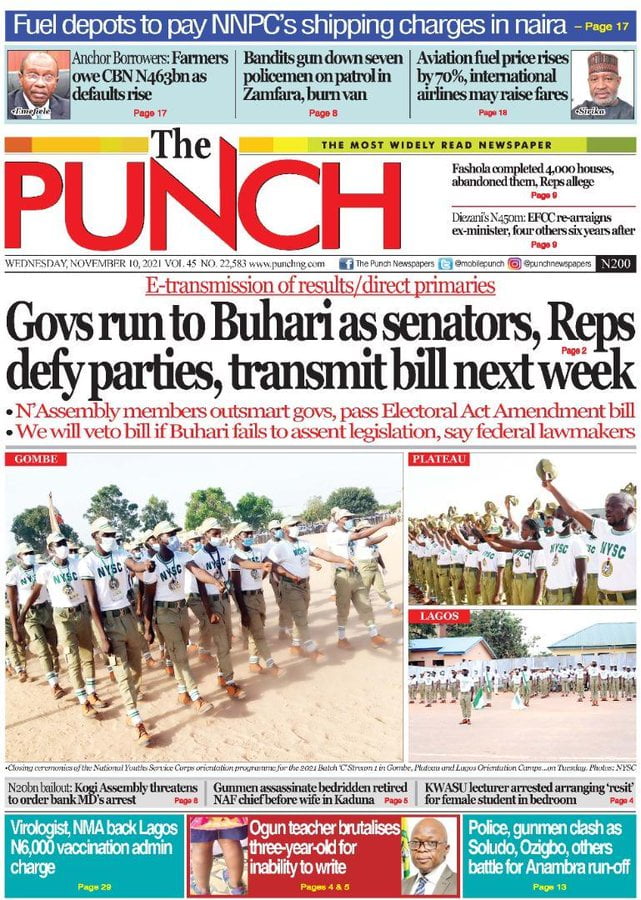 Despite spirited attempts by governors on the platform of the governing All Progressives Congress (APC) to scuttle lawmakers’ resolution on direct primaries as legal mode for political parties to pick their candidates for general elections, the National Assembly, yesterday, passed the much anticipated Electoral Act Amendment Bill 2021, The Guardian reports. 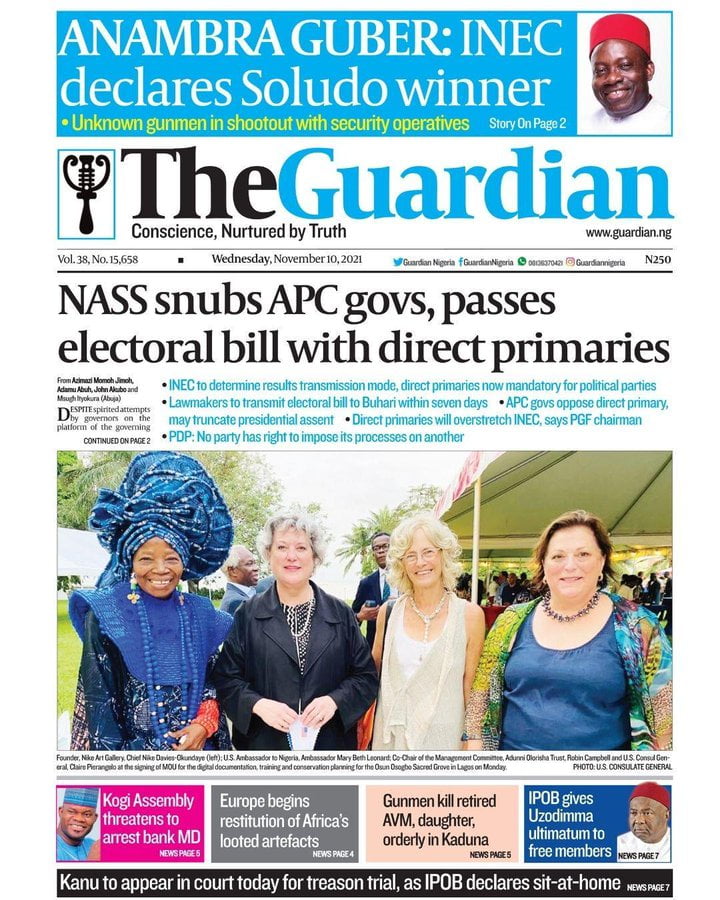 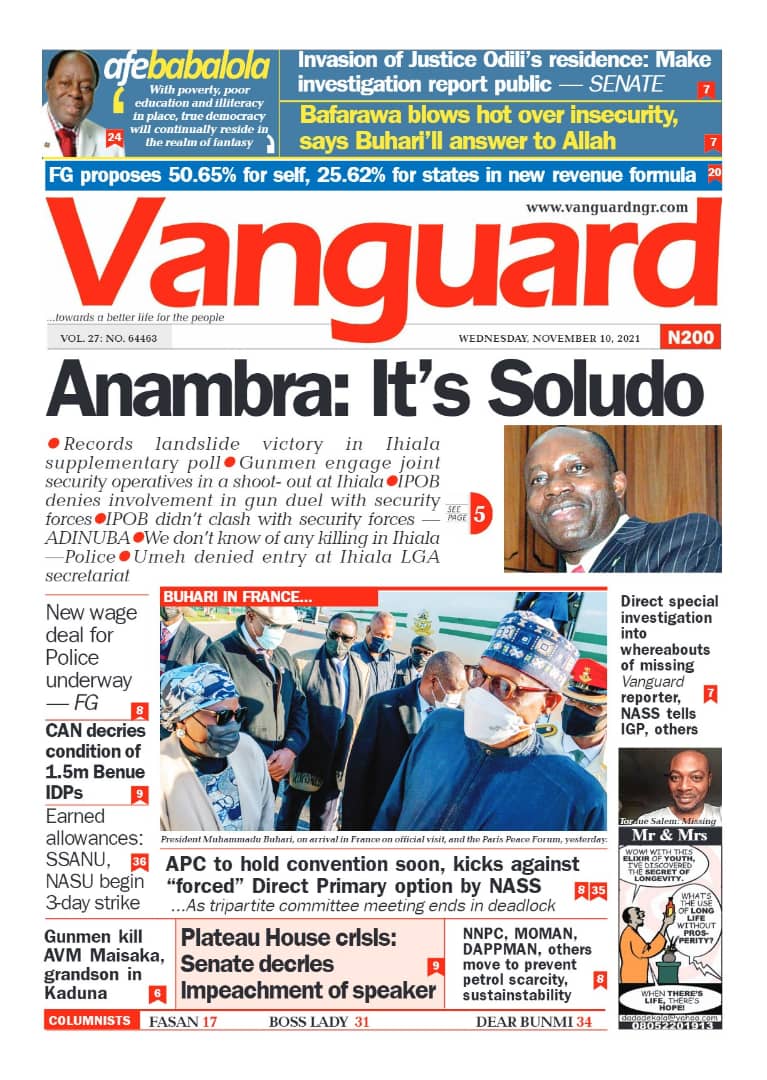 The Nation leads with an impending crisis that is brewing between the National Assembly and All Progressives Congress (APC) governors over the retention of the direct primary for picking candidates by political parties in the amended Electoral Act. 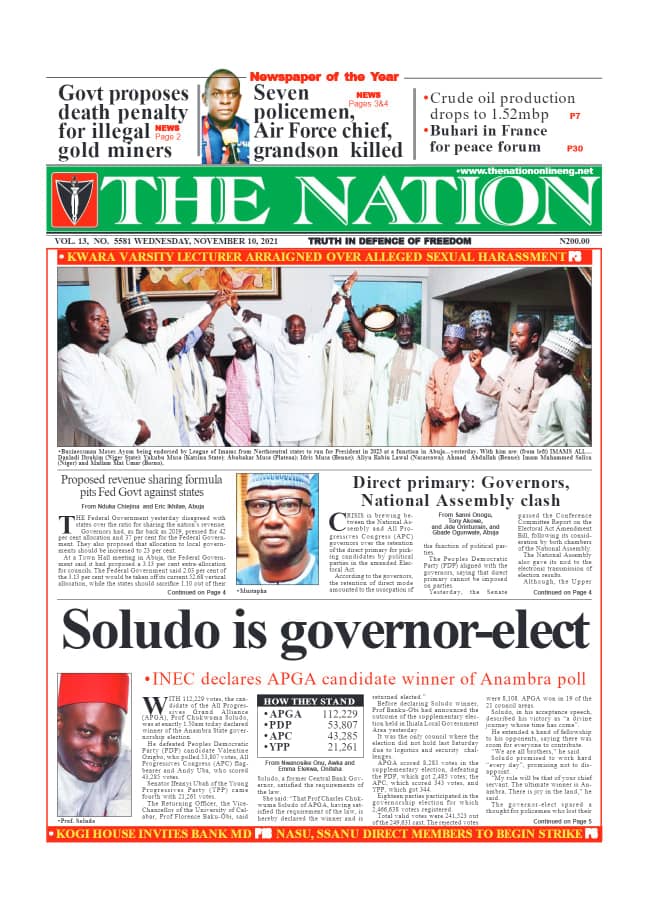 This Day reports that the candidate of the All Progressives Grand Alliance (APGA) and former Governor of Central Bank of Nigeria (CBN), Professor Chukwuma Soludo, has emerged Anambra State governor-elect, after winning yesterday’s supplementary election in Ihiala Local Government Area of the state with 8,283 votes. 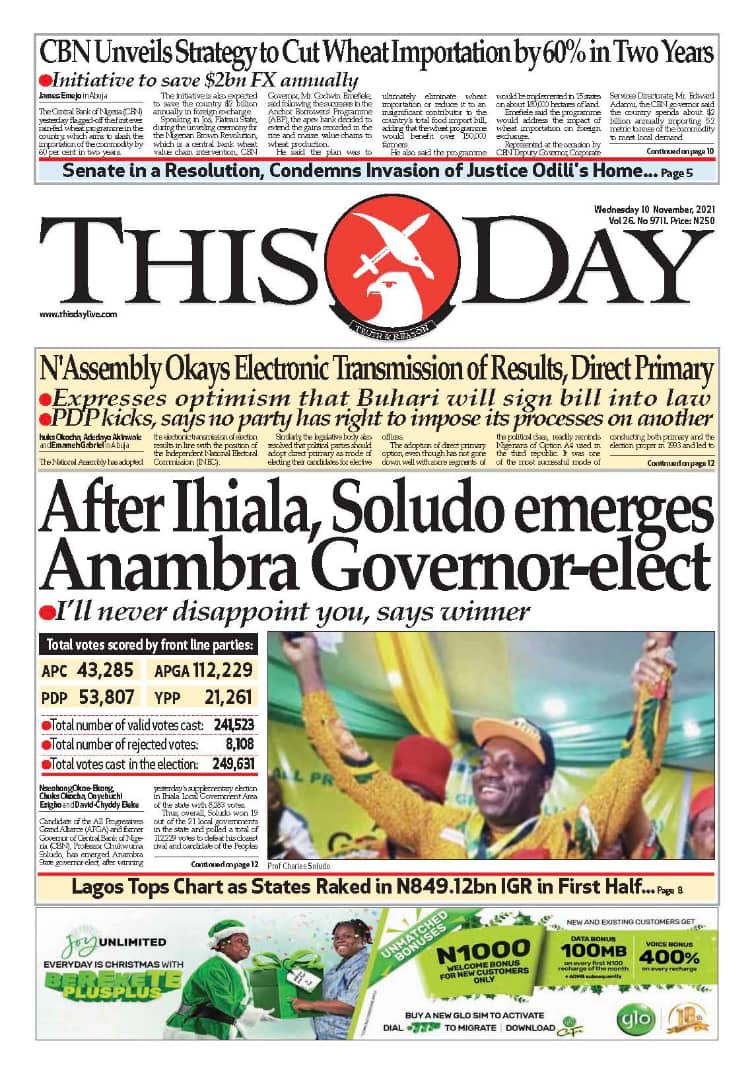 The House of Representatives on Tuesday summoned the Minister of the Federal Capital Territory (FCT), Mohammed Bello, Daily Trust reports, to appear before it to explain the deteriorating infrastructure and rising insecurity in the nation’s capital under his watch. 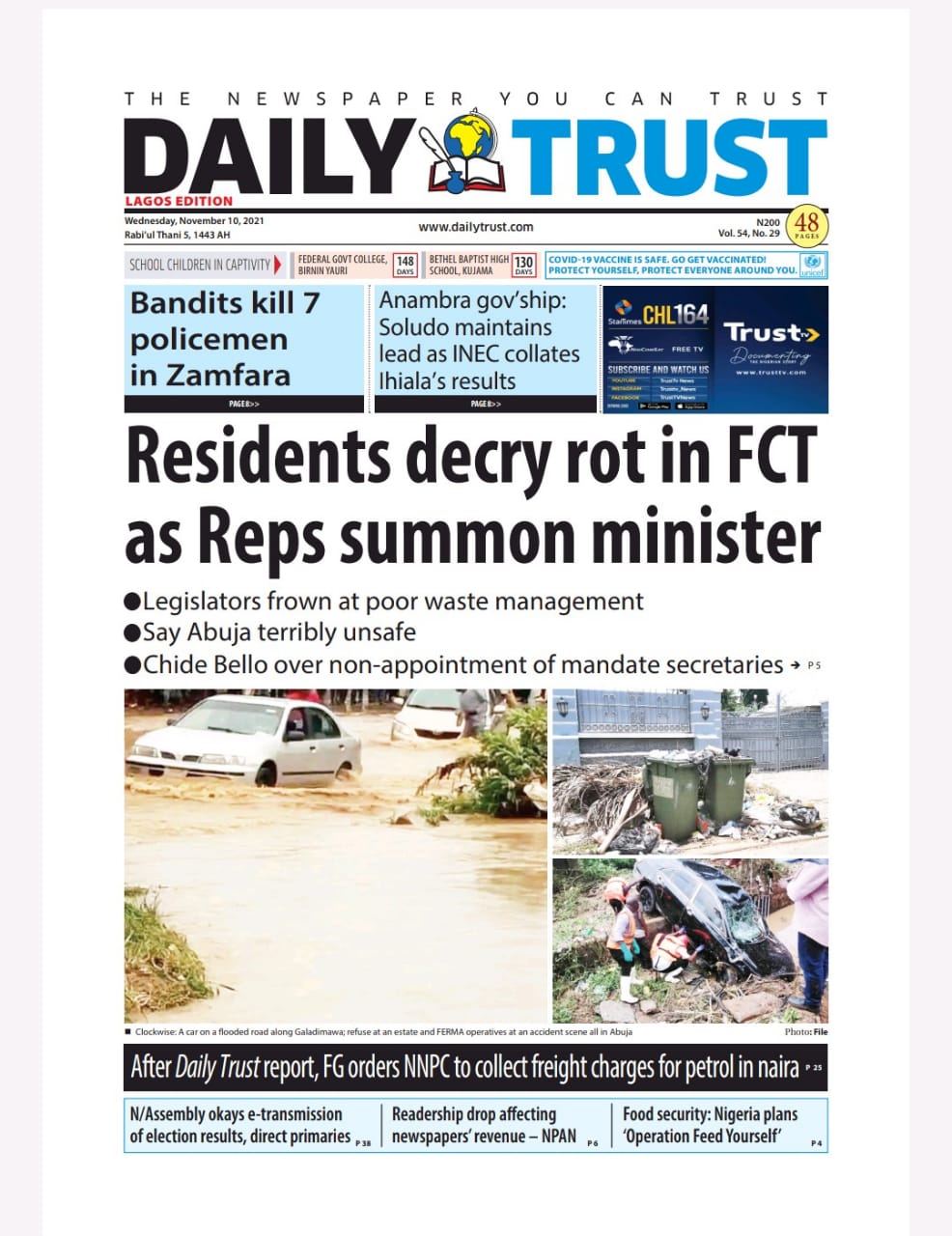 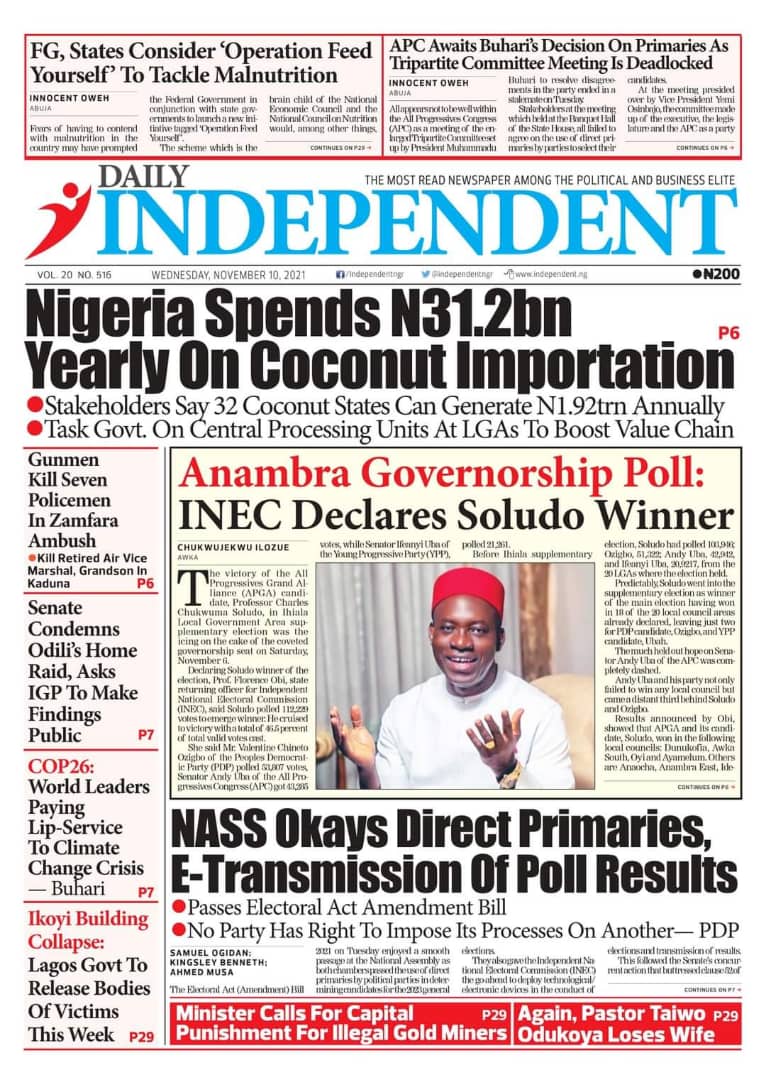