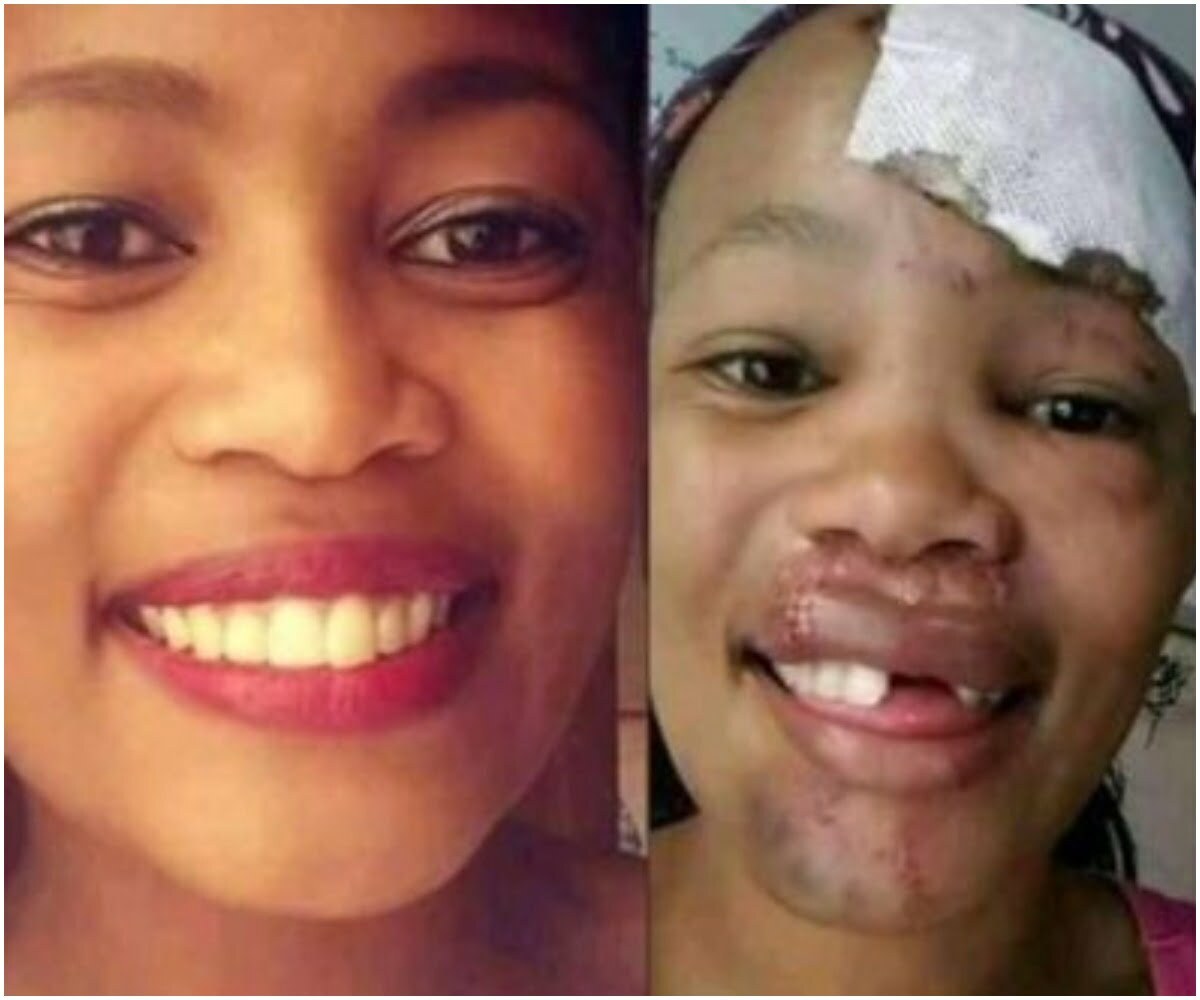 A photo of a young woman who was brutally assaulted by her boyfriend for destroying his properties after she caught him cheating has sparked reactions.

According to Twitter user @Aqualady6666, via the microblogging platform narrated how a lady caught her man who she just recently started dating cheating with another woman, and in a moment of rage, she stormed his house and turned it upside down, destroying furniture and appliances.

In anger, the man yet to be identified was alleged to have used a plier to remove two of his girlfriend’s teeth.

The tweep shared photos of the damage done to the house, and another of the set of photos of the lady before and after her teeth were removed.

Sharing the photos, Aqualady ”This lady caught her 3 weeks old boyfriend cheating, then went to his house and destroy all his properties and man used plier to remove her teeth.” 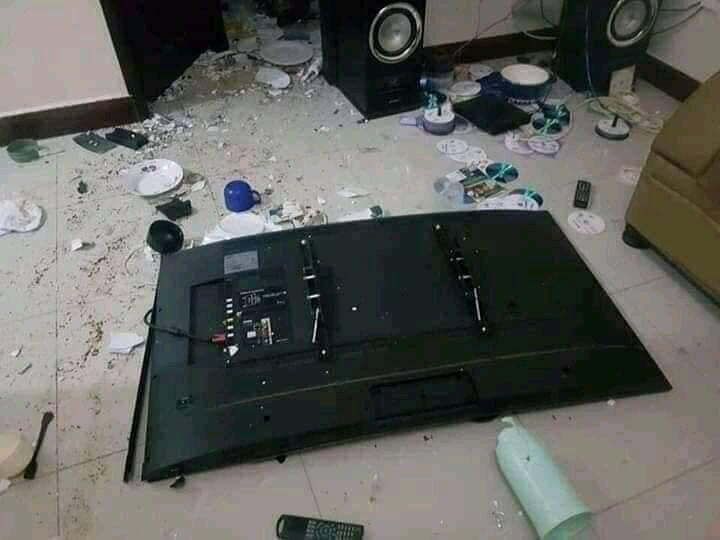 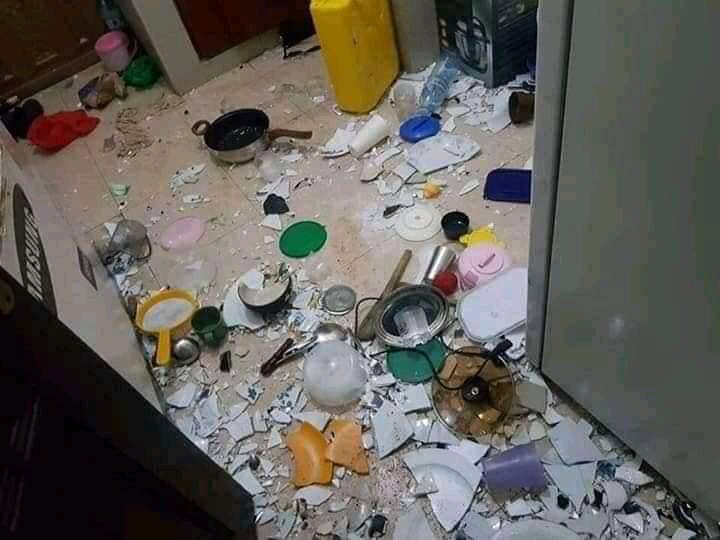 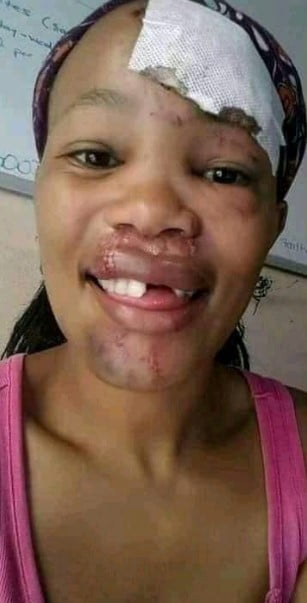 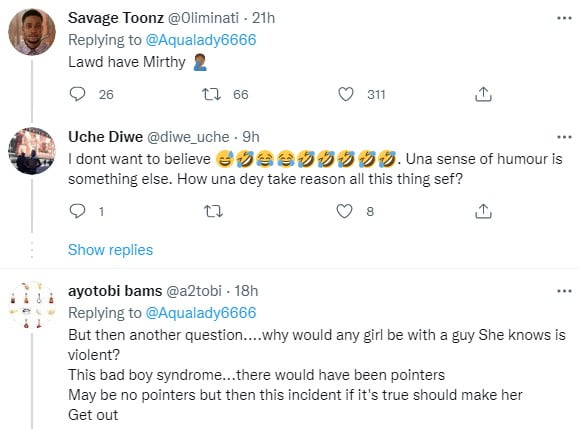 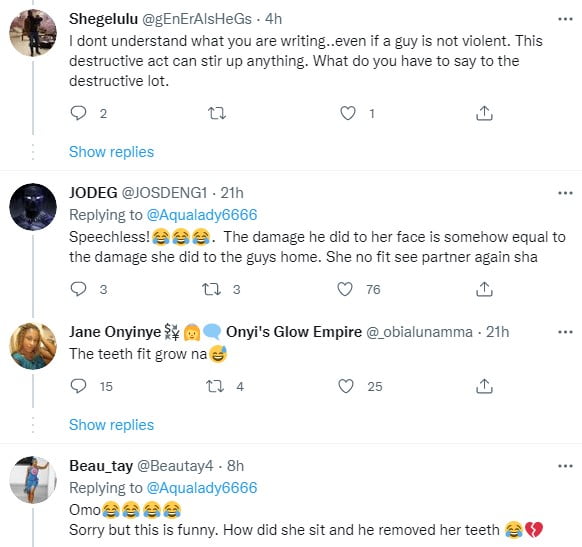 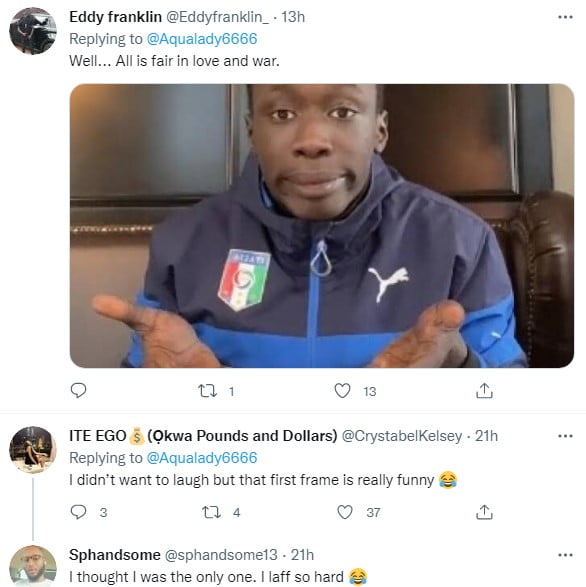