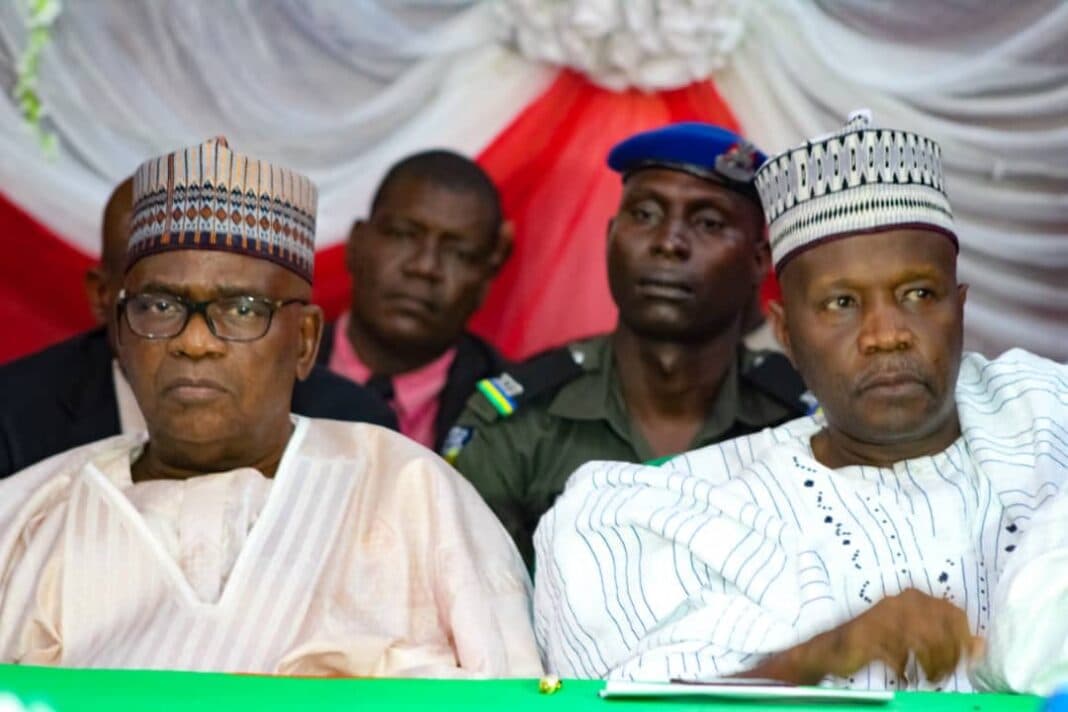 Governor Mohammed Inuwa Yahaya of Gombe State has denied orchestrating the attack on the convoy of the Senator representing Gombe Central in the National Assembly, Danjuma Goje.

Naija News reports that the convoy of the former Gombe governor was attacked on Friday by hoodlums suspected to be political thugs while entering the state capital.

Following the attack, Goje had written a letter of complaint to the Attorney-General of the Federation and Minister of Justice, Abubakar Malami, requesting an investigation into the incident.

He also petitioned the Inspector General of Police, Usman Alkali Baba, over the matter, stating that the attack was an assassination attempt on him and his personal Assistant, Adamu Manga.

But in an interview with State House correspondents on Tuesday, Governor Yahaya said the state government does not have anything to do with the attack.

The Gombe governor added that since the Senator has reported to the police, it will be best to wait for an investigation that would reveal the truth.

“They, authorities, concerned will find out the truth since he has reported so that the matter would be investigated. Let’s wait for the outcome of the investigation but whoever knows the history of Gombe knows who Goje is and they know who Inuwa (The current Gov) is. People know the difference between us,” he said.

He accused Goje of causing violence in the state and sponsoring the Kalare group known for creating mayhem and disturbing public peace in the state.

The governor promised to end the activities of the group, warning those associating with them to stop henceforth.

He said: “The security situation in my State is calm now and people are going about their normal activities. The issue we had before now was caused by a former Governor of the State, Danjuma Goje, a serving Senator, who you all know. He tried causing mayhem, and the people resisted that but as result of the skirmish that ensued, lives were lost and some people’s properties were destroyed.

“If someone is in his right senses and can carefully listen to the people, he will do the right thing. What he wants to do now is to continue with his old way of doing things while I and my government will not tolerate that at all and that is what led to the current problem. He is an elder; he should be the one cautioning anyone trying to ferment trouble not instigating it because of his selfish reasons.

“I will try my best because he is insisting on having his way and I am doing the same but there is God who knows everything and the society itself can judge but God is with the one who says the truth and does the right thing.”

The governor stated that neither he nor Senator Danjuma Goje knows if they will be alive to witness the 2023 general elections.

He said: “Well, what you need to know is that only God knows tomorrow. Both I and Goje don’t know if we will see the year 2023. My major aim is to stand firm and fulfil the pledges I made to the people in line with my oath of office as well as bring about development in our State, with peace and tranquillity prevailing because without peace, there wouldn’t be development.”