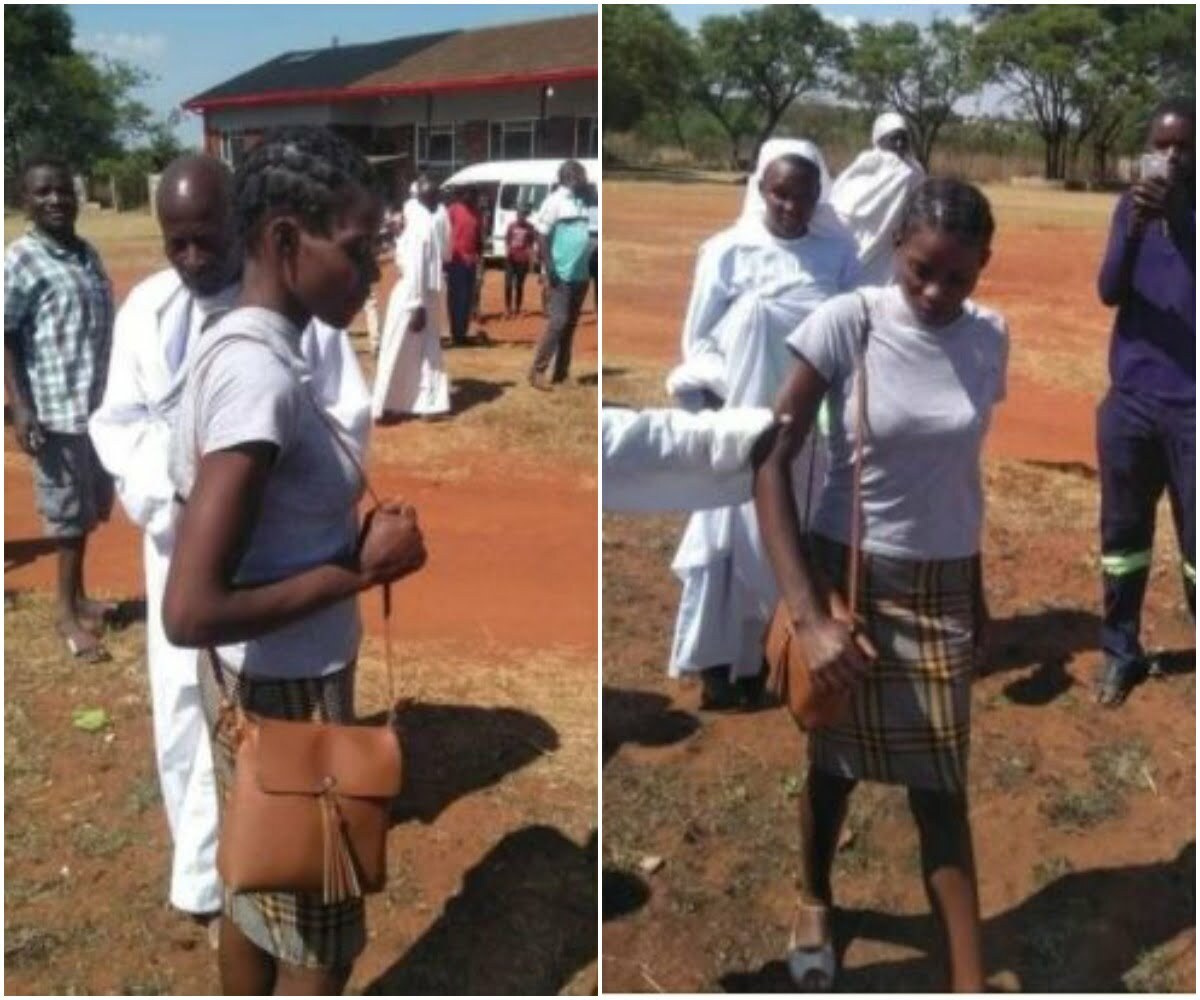 A married woman who reportedly stole and ran away with her husband’s money has been arrested by security operatives alongside her boyfriend.

According to reports, the woman who is from Chitungwiza in Zimbabwe reportedly stole $1,500 from her husband and ran away with it.

She was later caught with her boyfriend at Gombe Lodge in Seke, Chitungwiza, two days after and taken into police custody.

Sharing photos on Facebook, Within Zimbabwe wrote; ‘Chitungwiza married woman stole $1,500 from her husband and ran away.The husband went to seek help from Mapositori. She was caught 2 days after while spending the money together with her Boyfriend at Gombe Lodge in Seke, Chitungwiza.’ 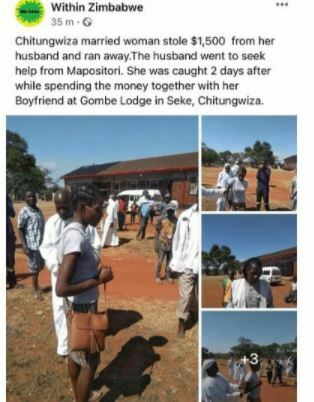 In other news, a faction of the Boko Haram terrorist group, ISWAP has abducted some members of the royal family of Askira Uba Emirate of Borno State.

A 50-year-old man identified as Mohammed Askira, was kidnapped with two of his brothers while returning from Borno where they attended a function in Askira Uba town PRNigeria reports.

The three men are said to be brothers of the present emir, Askira Uba.

While this is ongoing, there are also worries over some informants who are giving information on the activities of the security personnel and other personnel to bandits in the axis.

The terrorist group has increased its hold on locations around lake Chad after the death of its leader, Abubakar Shekau, and has also appointed a 45-year-old, Wali Sani Shuwaram as the new leader in Lake Chad.