Some of the people abducted at the University of Abuja Senior Staff Quarters and rescued by the police, The PUNCH reports, have recounted their ordeals in the kidnappers’ den 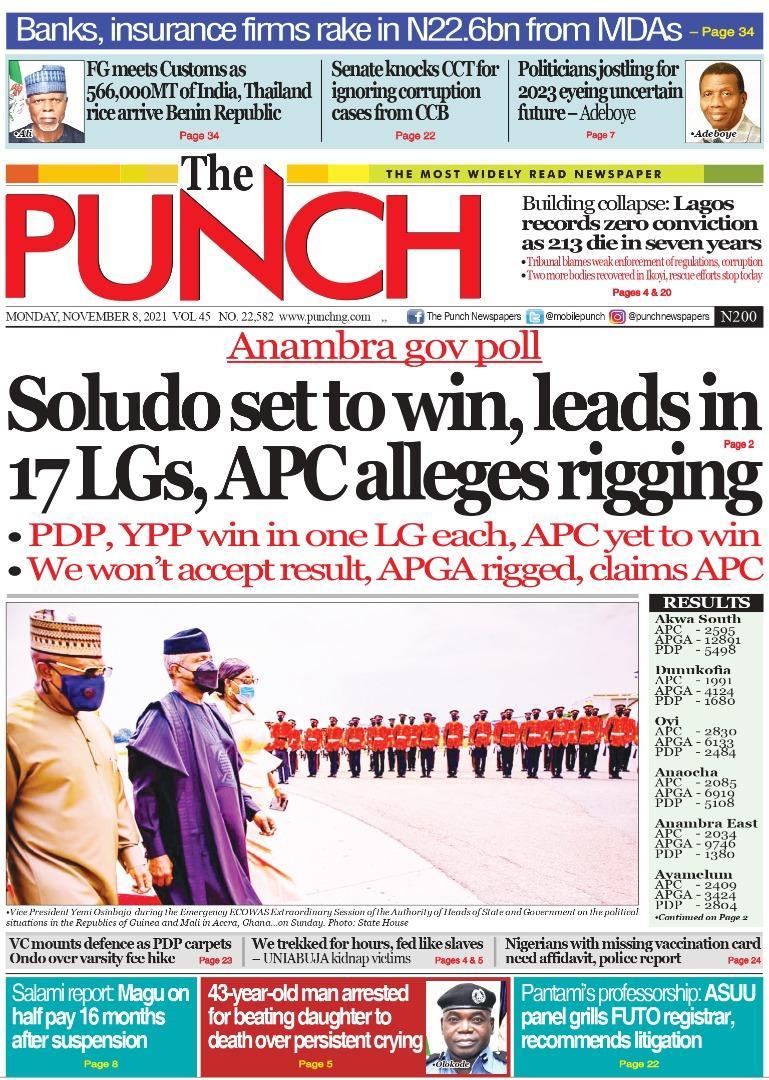 The Guardian leads with the Anambra Governorship Election, it says APGA’s Charles Soludo leads as INEC set to hold supplementary election on Tuesday to conclude the polls. 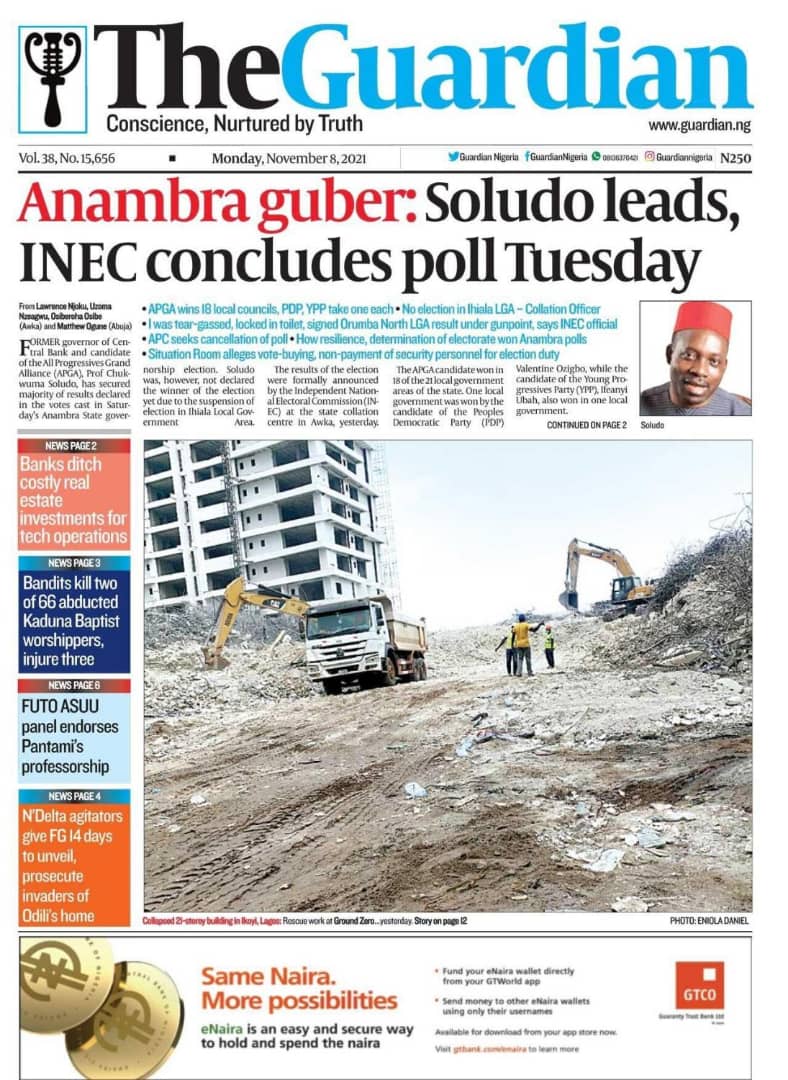 While Professor Chukwuma Soludo is in the lead, the winner of the Anambra State 2021 governorship election may be decided by the outcome of the poll in Ihiala LGA, which the Independent National Electoral Commission, INEC, has rescheduled for November 13. Vanguard says. 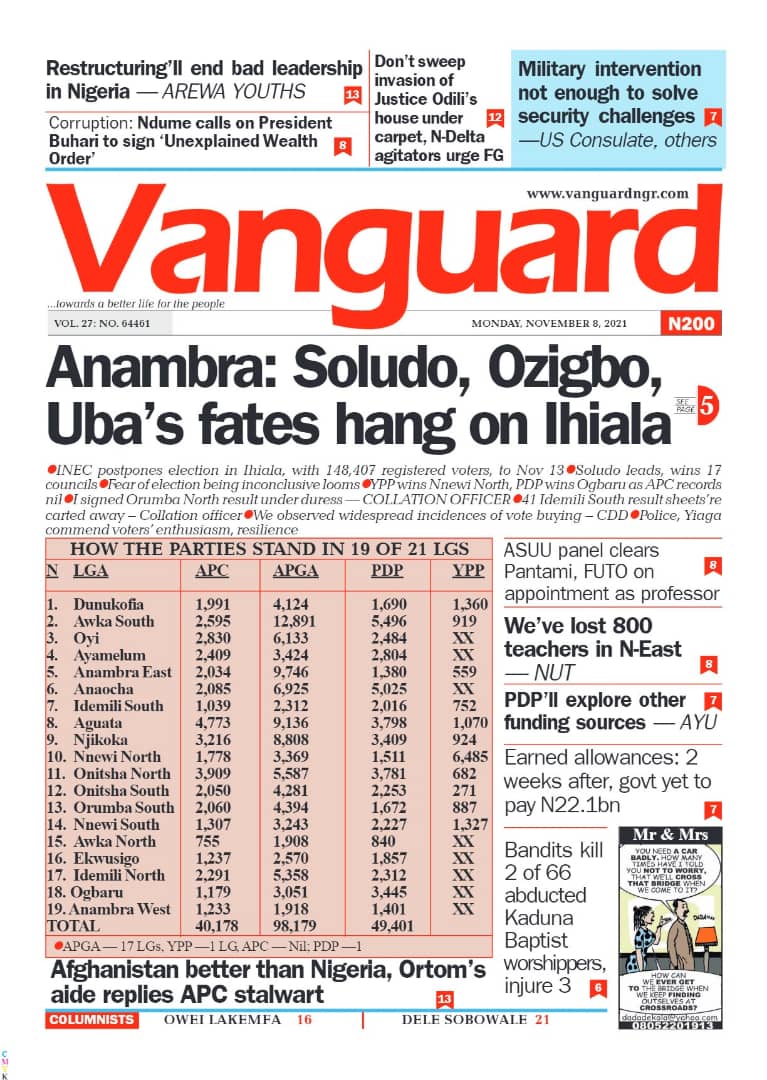 According to The Nation, the All Progressive Grand Alliance (APGA) candidate, Prof Charles Soludo, is coasting home to victory in the Anambra State governorship election 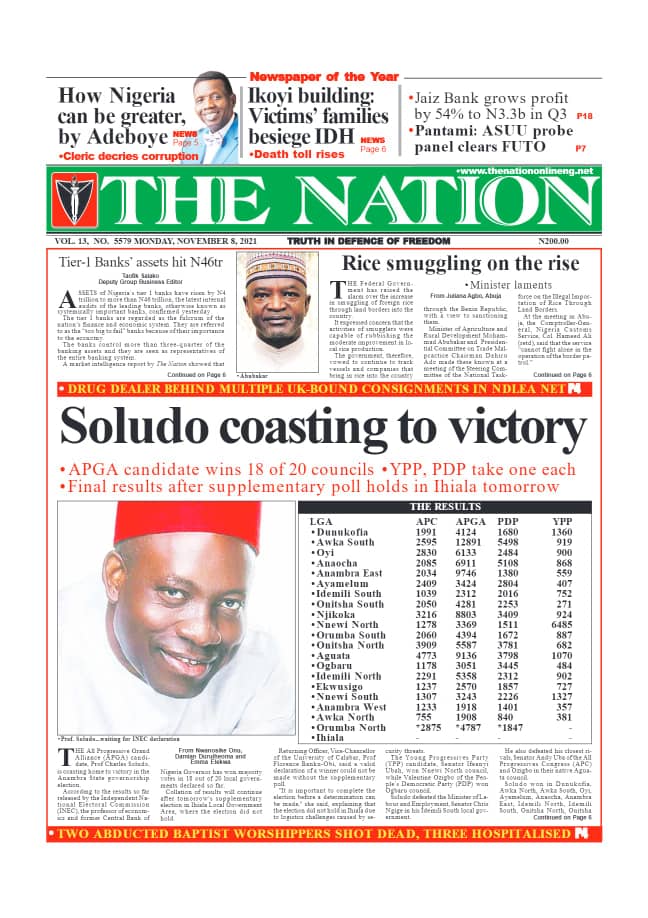 In line with its diversification policy, the Federal Government has pledged continue to strategise and collaborate with security agencies to reduce the illegal importation of rice through land borders, Daily Sun reports. 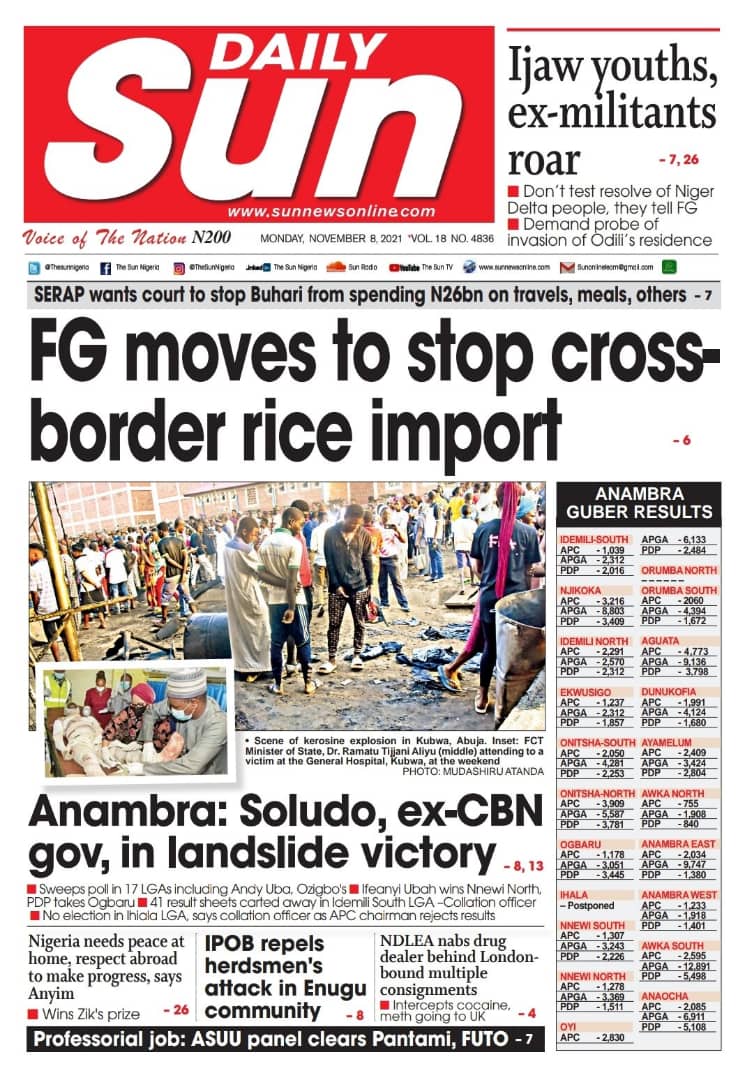 According to Daily Trust, the Nigerian Union of Teachers (NUT) said it had lost up to 800 of its members to the insurgency in the North East. 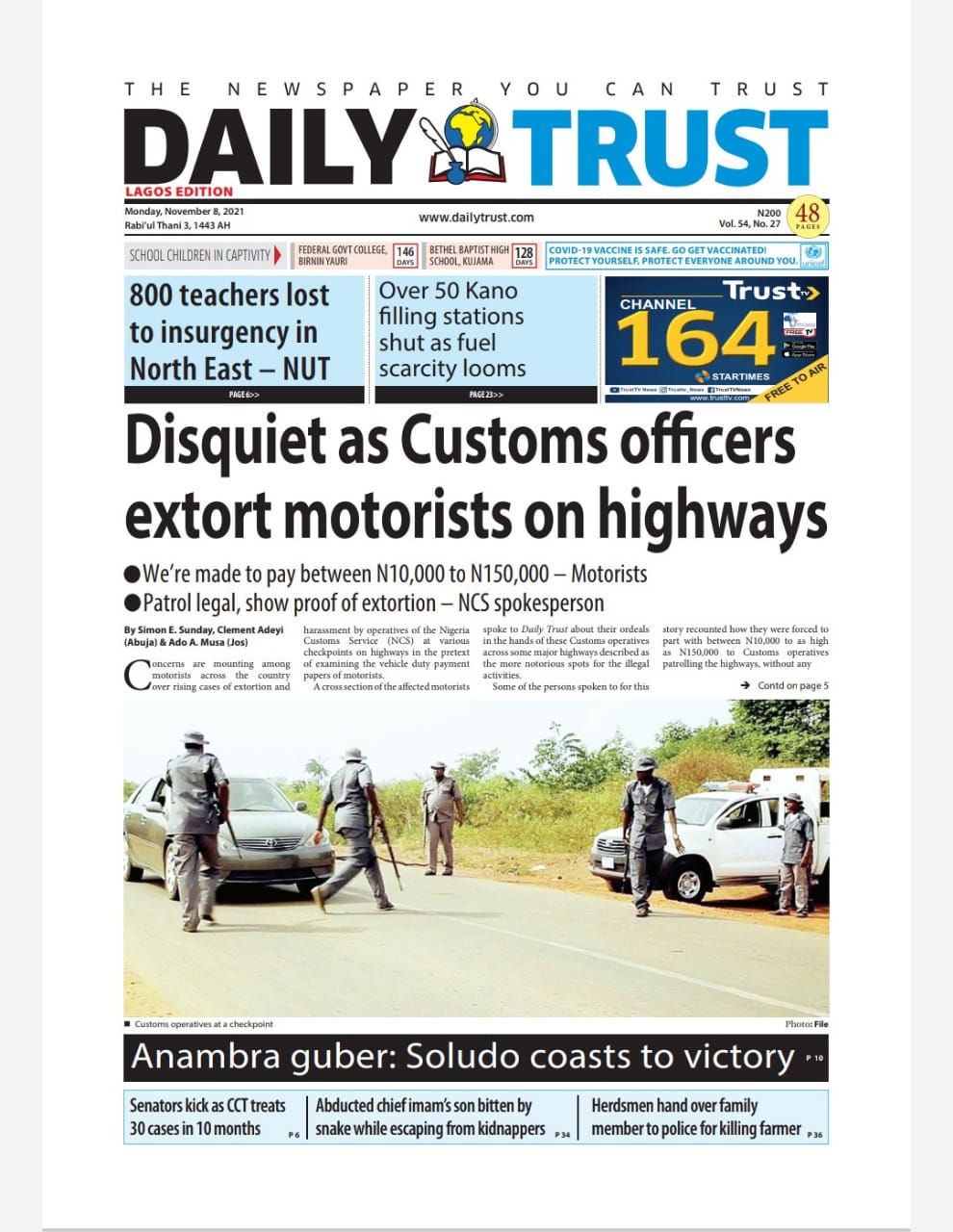 The Federal Government and the Central Bank of Nigeria (CBN) are currently perfecting the next move as regards devaluing the nation’s currency, according to analysts who claimed a stealth devaluation is possibly underway, Daily Independent reports. 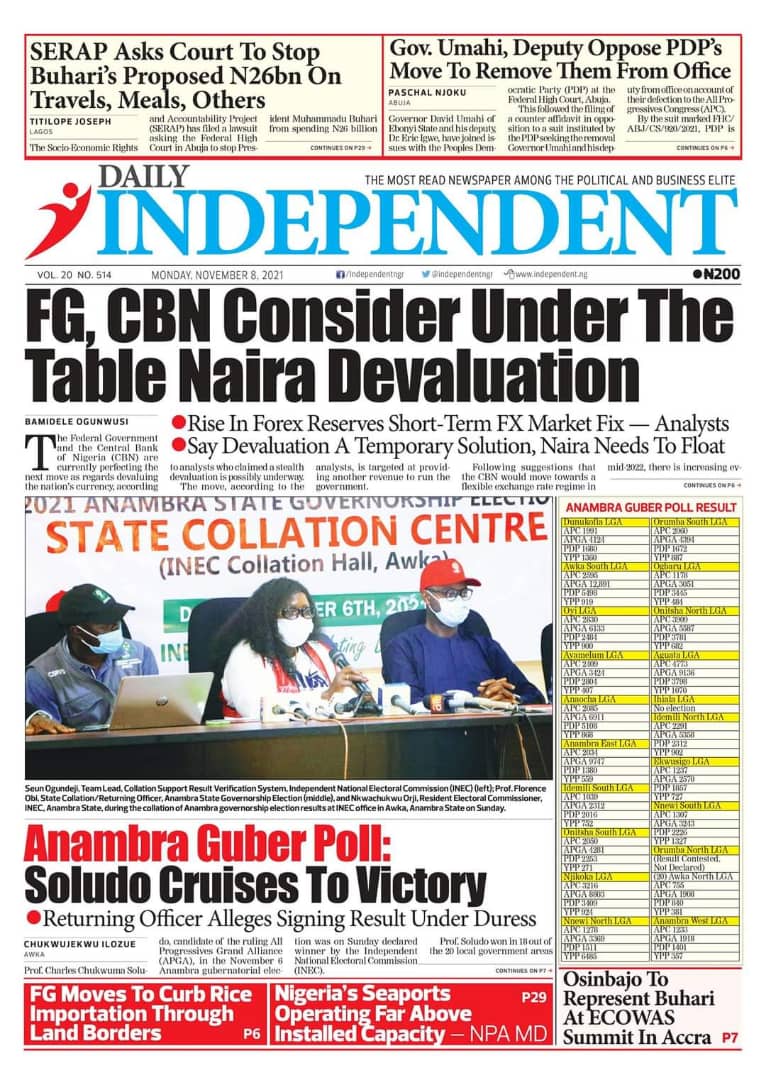