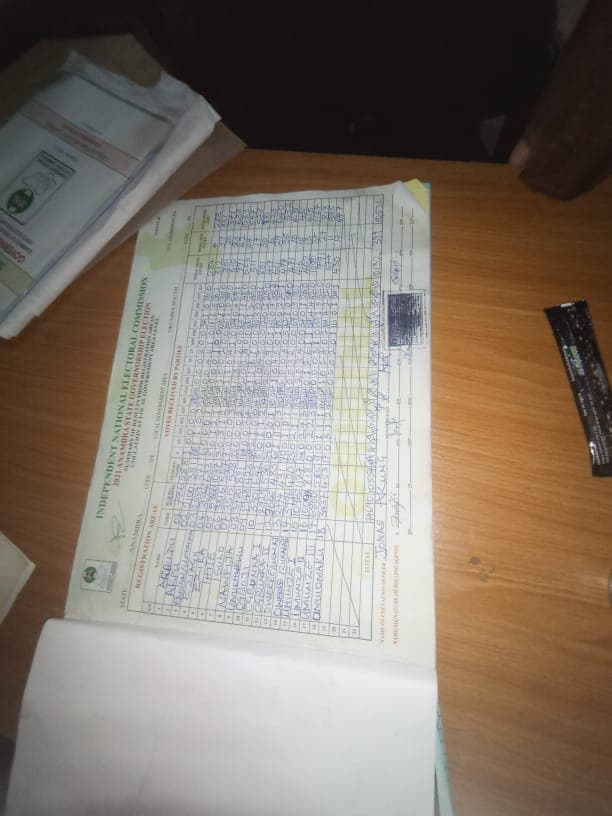 The ongoing Governorship election in Anambra State has seen a supervisory presiding officer of the electoral process abscond with 42 result sheets.

The development was disclosed by the Collation Officer of Idemili South Local Government Area of Anambra, Gabriel Odor at the head office of the Independent National Electoral Commission in Awka, the state capital.

The lecturer at the University of Calabar further stated that the incident hindered voters from casting their vote in the affected areas.

Meanwhile, the candidate of the All Progressives Congress, Charles Soludo won in Idemili South.

The former governor of the Central Bank of Nigeria polled a total of 2,312 votes to defeat the candidate of the Peoples Democratic Party, Valentine Ozigbo, who had 2,016 votes and Senator Andy Uba of the All Progressives Congress (APC) who secured 1,039 votes.

In a related development, Soludo is leading based on results from seven local government areas in the Anambra State governorship election.