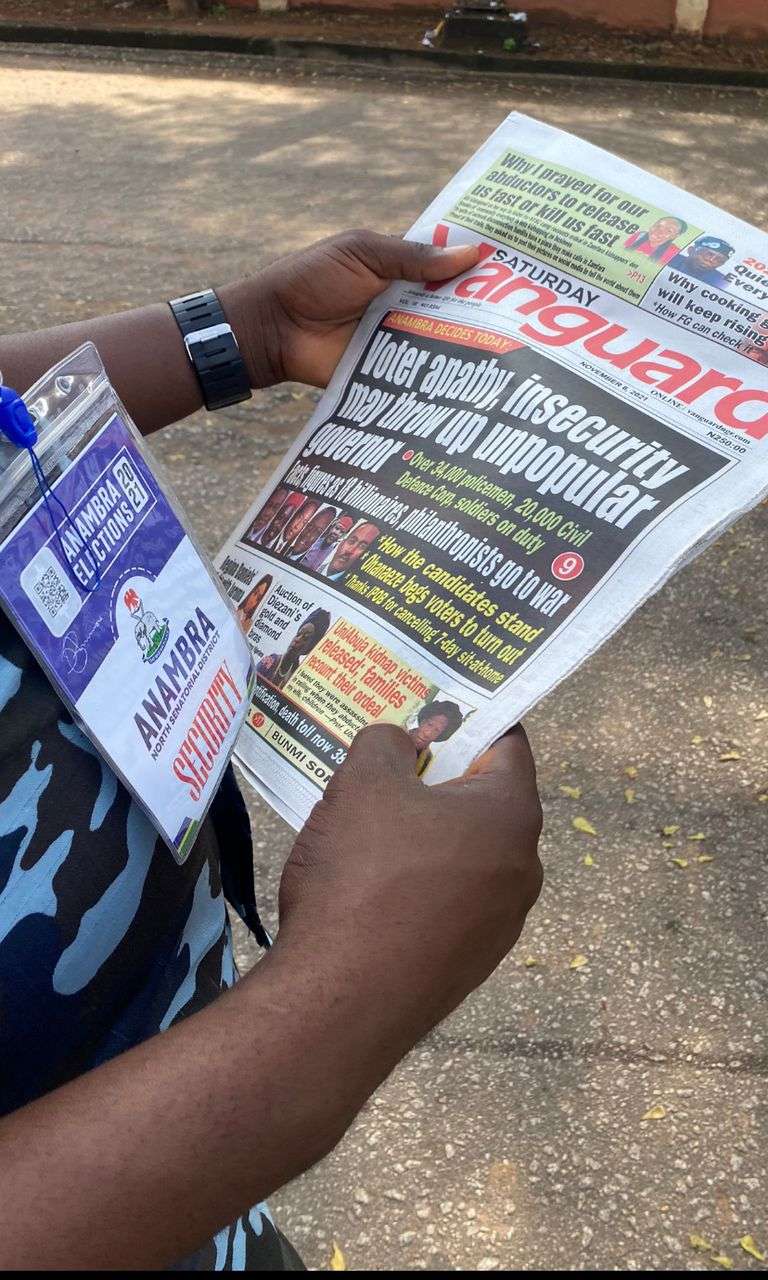 Naija News reports that residents are trooping out from different area in the state to exercise their rights amid security threats.

According to reports from the state, an officer of the Nigerian Police Force attached to a polling unit in Onitsha North local government area has warned a journalist to run for his dear life if thugs attack the area.

Though the name and face of the said officer was not mentioned, a reporter of TheCable alleged the officer said this to him: “When those boys come, abeg get on your feet and run o.”

Meanwhile, accreditation has commenced and voters are lined up to exercise their franchise at Polling Unit 008, in Otuocha 1, Anambra East Local Government Area, Naija News understands.

Ad-hoc staff deployed to Polling Units 009 and 10 in Mbala Agbala, Ward 1, Ogbunka, Orumba South are reportedly just setting up as at the time this report was given.

At these polling units, voters have expressed their worry that there is no presence of security personnel in the area.