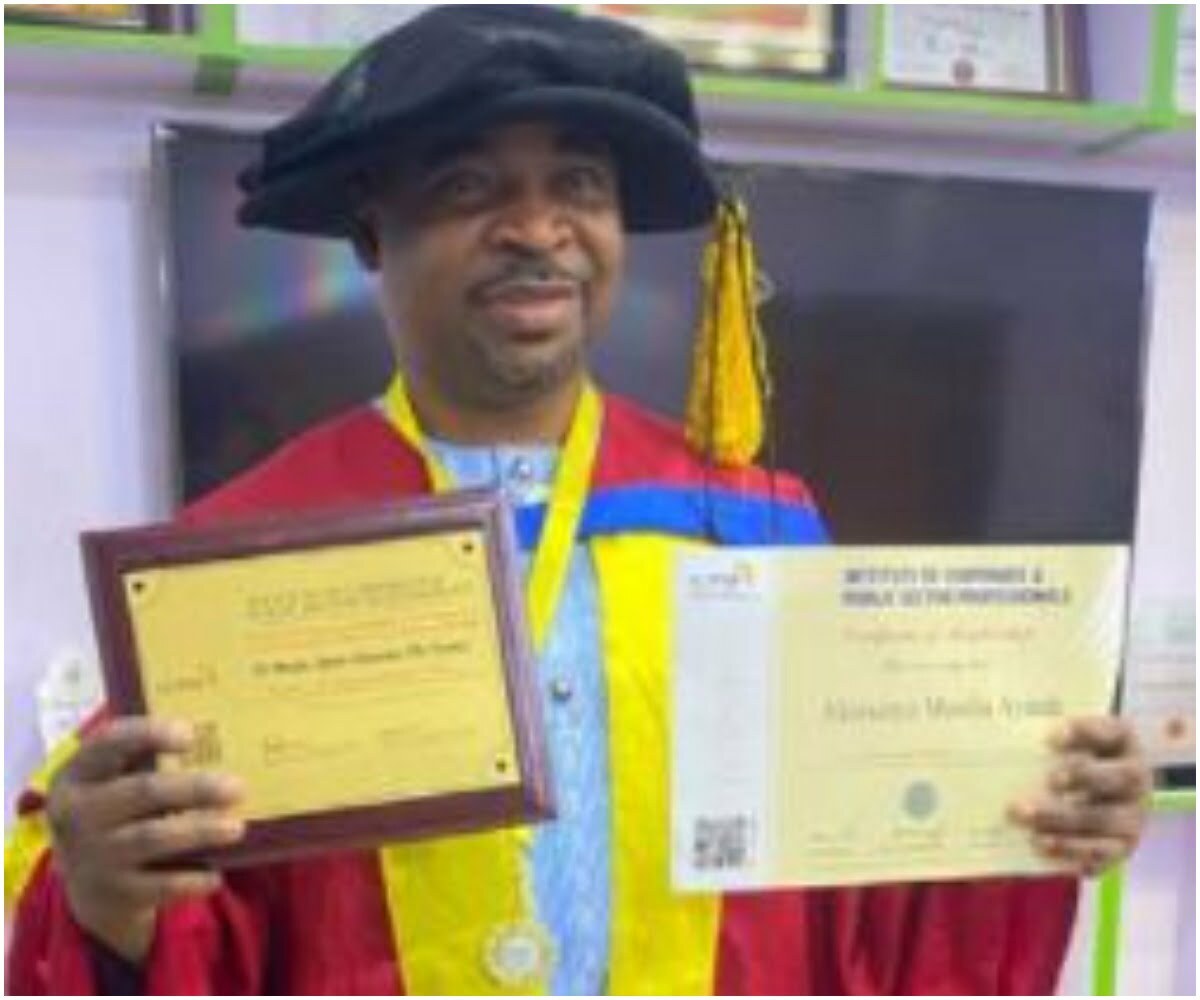 The Nigerian socialite was awarded a doctorate in Corporate Professional from the Institute of Corporate and Public Sector Professionals.

According to the photo of the certificate posted by Oluomo on his social media page, the honorary degree was dated November 2021.

Congratulations were also in order as friends and family stormed social media to celebrate the Lagos state NURTW chairman on his latest achievement.

One of the post reads; ‘Congratulations on your doctorate honors’ 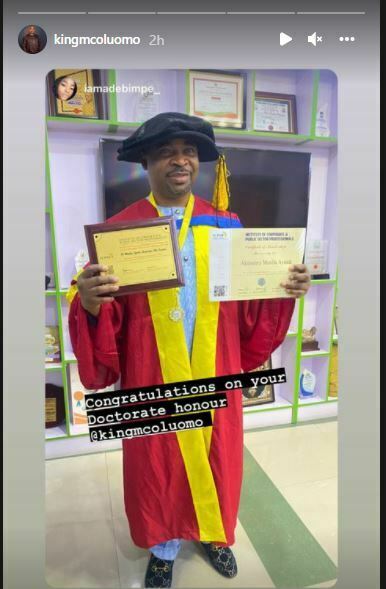 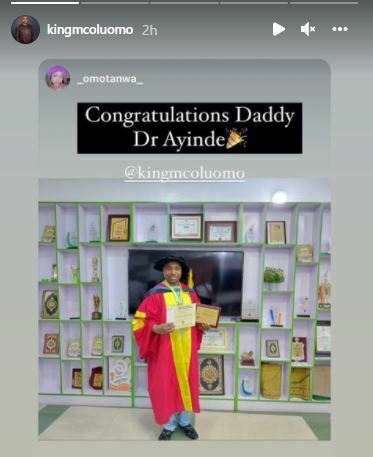 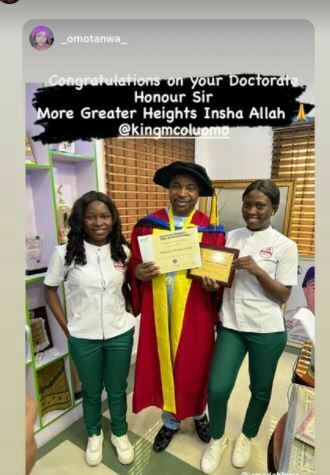 Naija News recalls that MC Oluomo launch a book in March 2021 titled, ‘My Service to Humanity’.

Speaking on the book , his spokesman, Jimoh Buhari, stated that the book had nothing to do with 2023 politics but was merely a biography of the NURTW boss.

He stated that this was not the first time his principal would be rumoured to be contesting the Lagos State governorship election.

Buhari said MC Oluomo had no political ambition at the moment, adding that “the book is just about MC Oluomo’s experiences, his history, and his life story. There are many misconceptions about him and the book gives him the opportunity of clearing the air on many issues.

“It is certainly not about 2023 politics. There have been rumours about his intention to contest but right now, he has no such ambition.”