The death toll in the 21-storey building that collapsed on Monday on Gerrard Road, in the Ikoyi area of Lagos State, has increased to 21, The PUNCH reports. 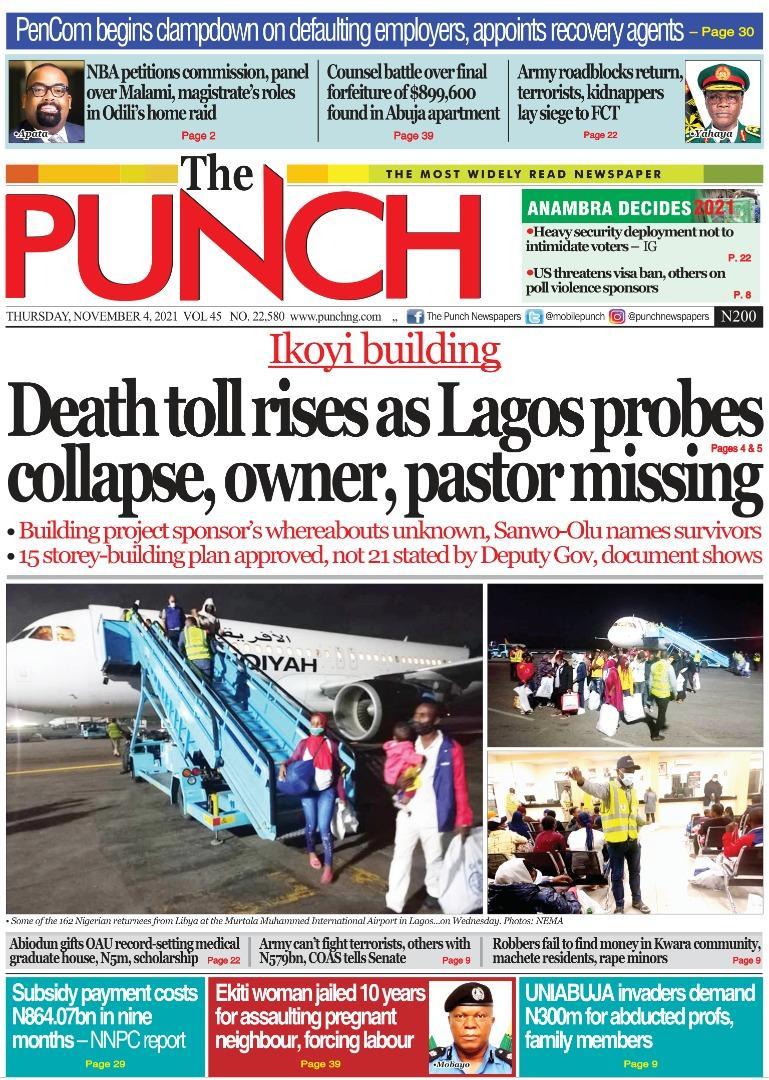 The Guardian leads with the Indigenous ship owners accusing the Federal Government of exposing the country to the harsh exploitation of foreign shipping lines transporting goods at a very high cost into the country. 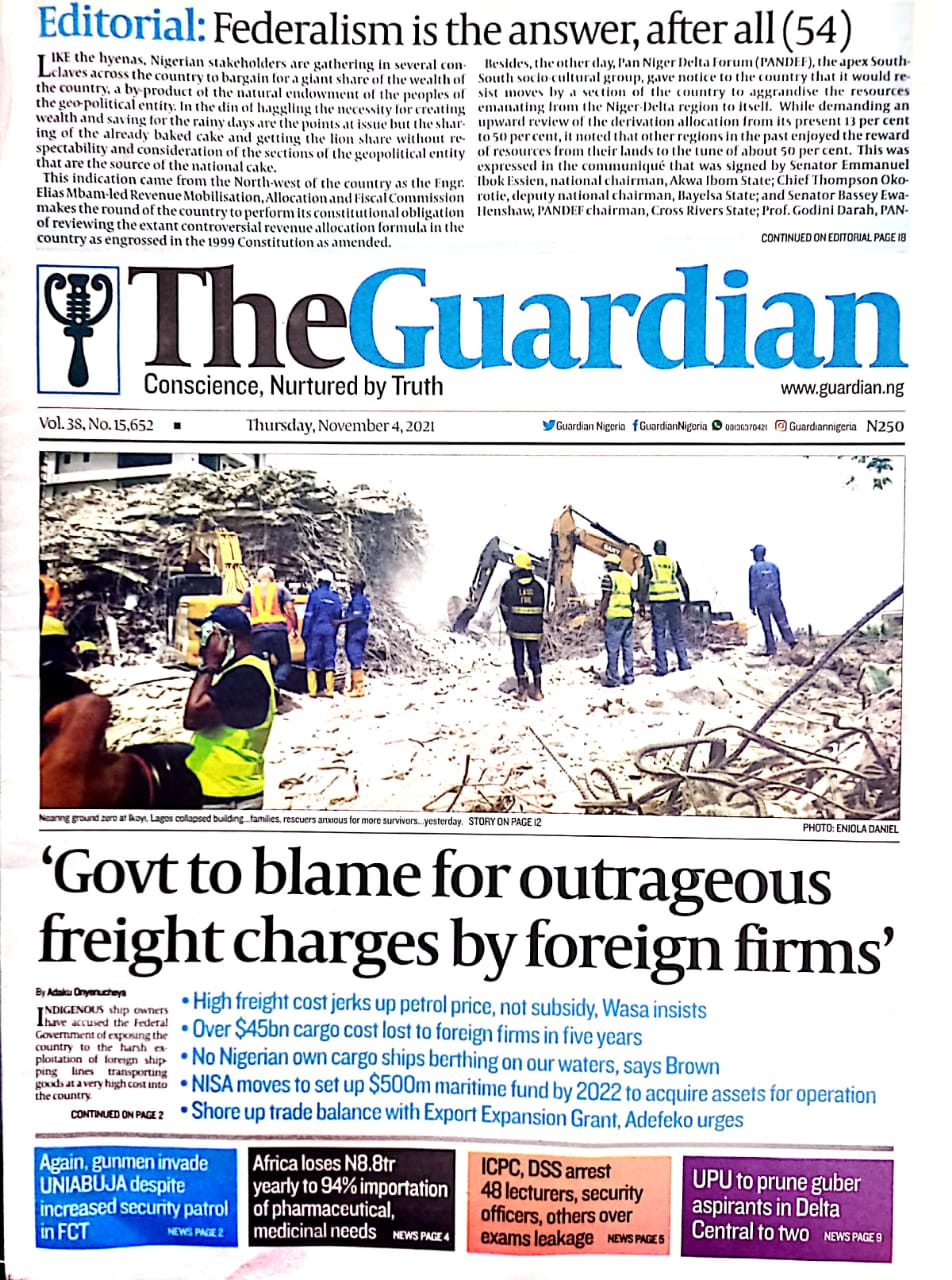 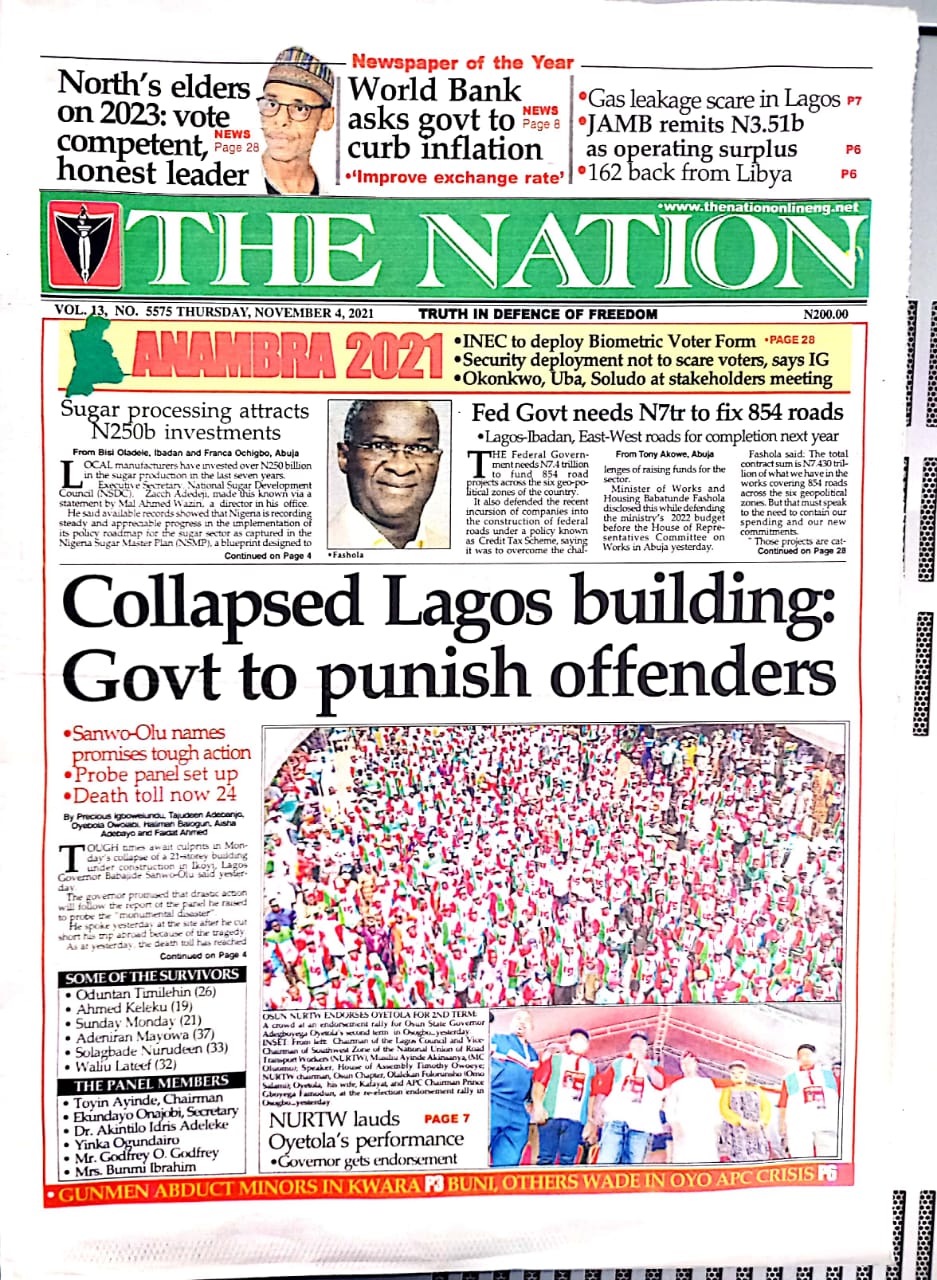 As a fallout of the collapsed 21-storey building in Ikoyi, the Lagos State Government has requested for the list of all buildings above five floors under construction in the metropolis, Nigerian Tribune reports. 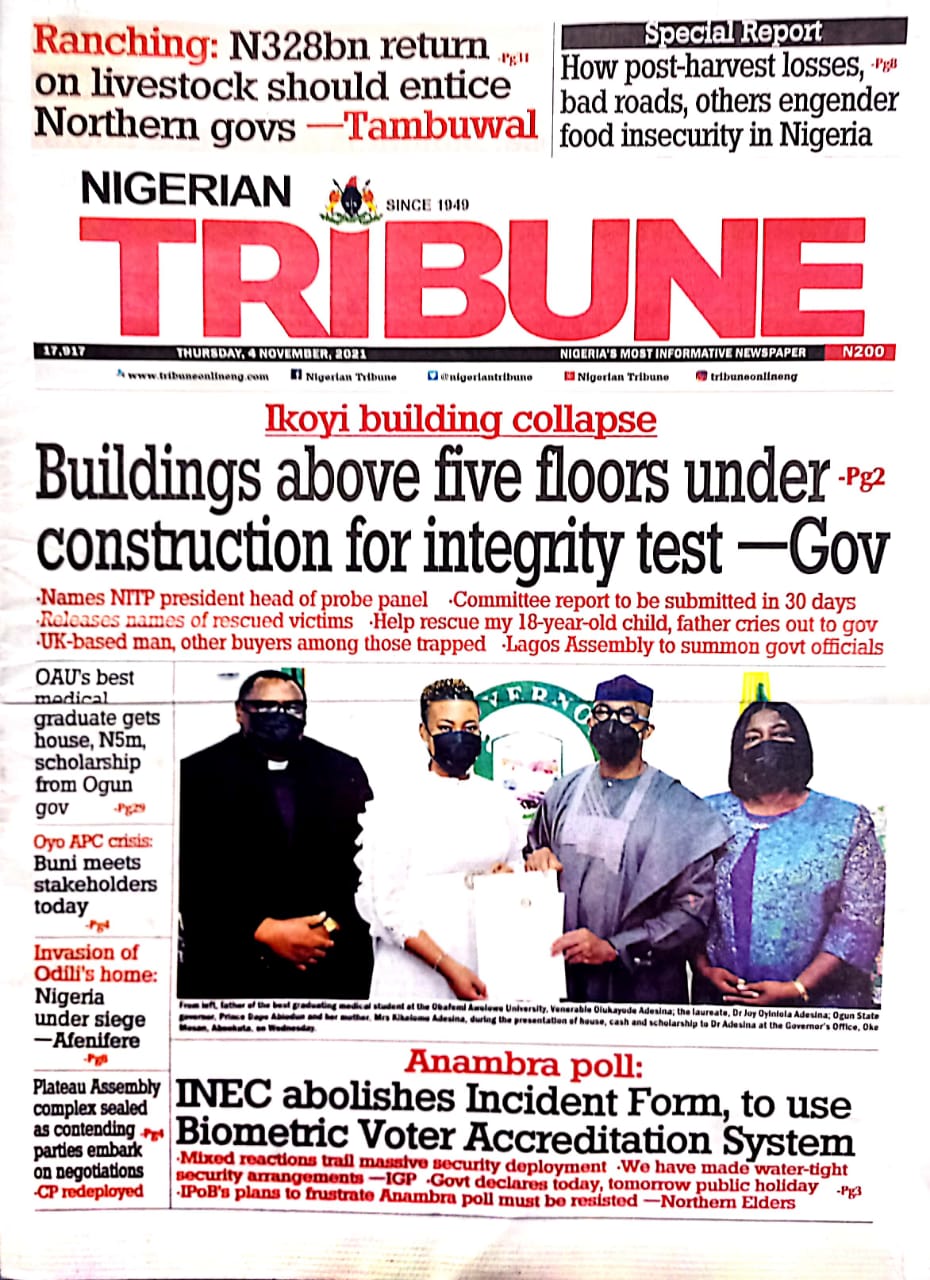 Daily Sun reports that there was palpable tension in the Federal Capital Territory (FCT), Abuja, yesterday, after soldiers mounted security checkpoints on strategic locations following reports of planned invasion of the city by bandits and terrorists. 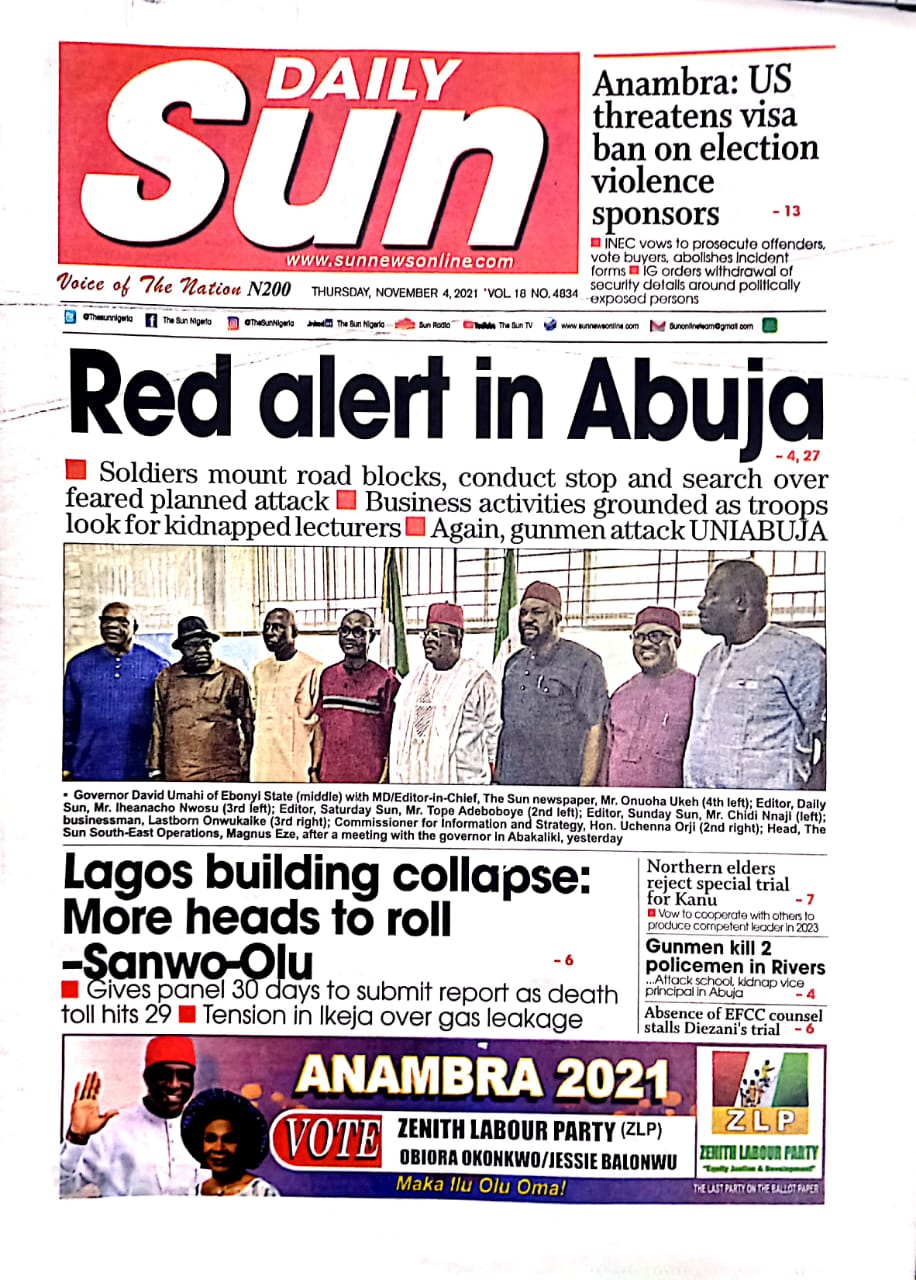 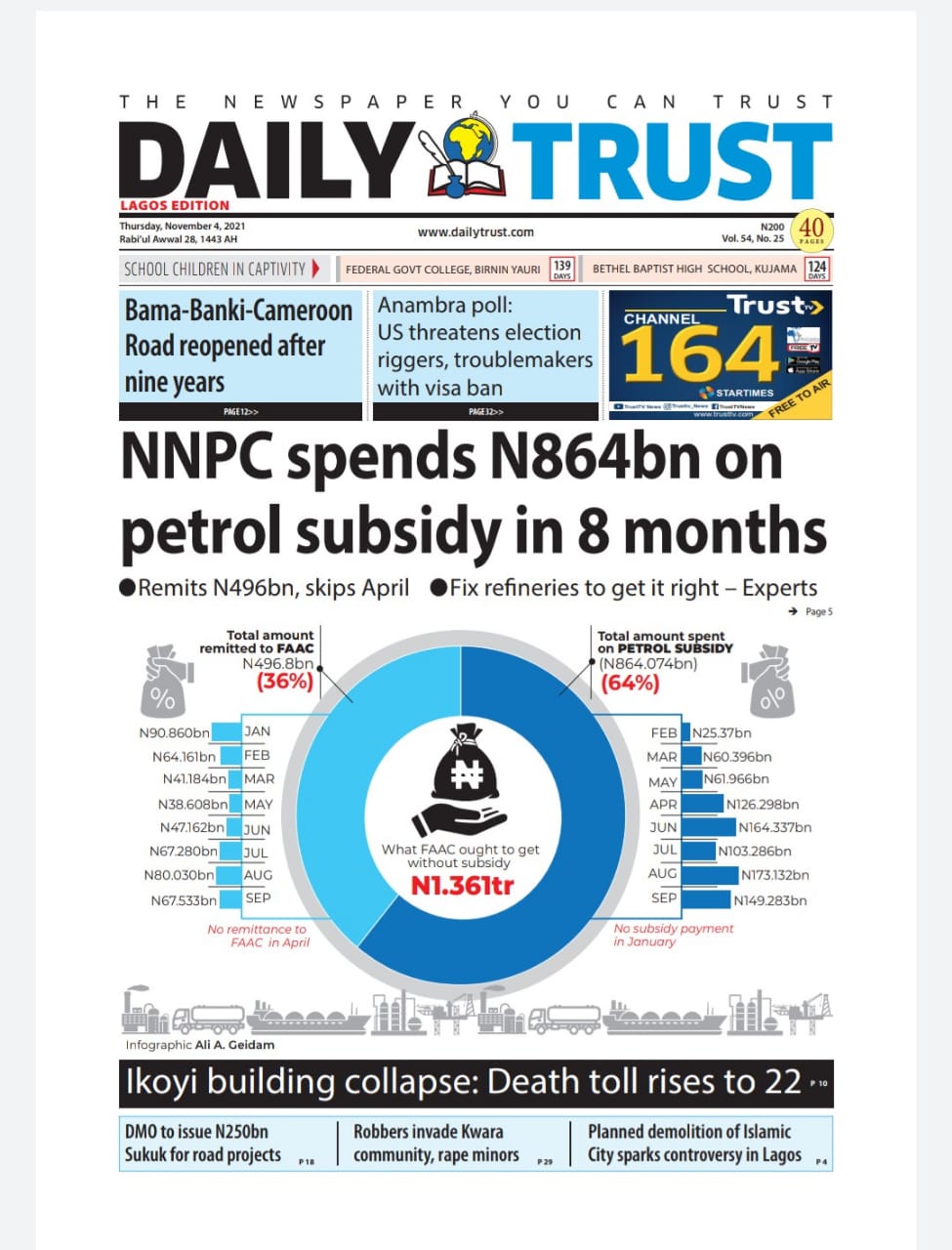 After the successful conduct of its na­tional convention, governors elected on the platform of the Peoples Demo­cratic Party (PDP) have unanimously agreed to throw the presidential ticket of the party open, Daily Independent claims. 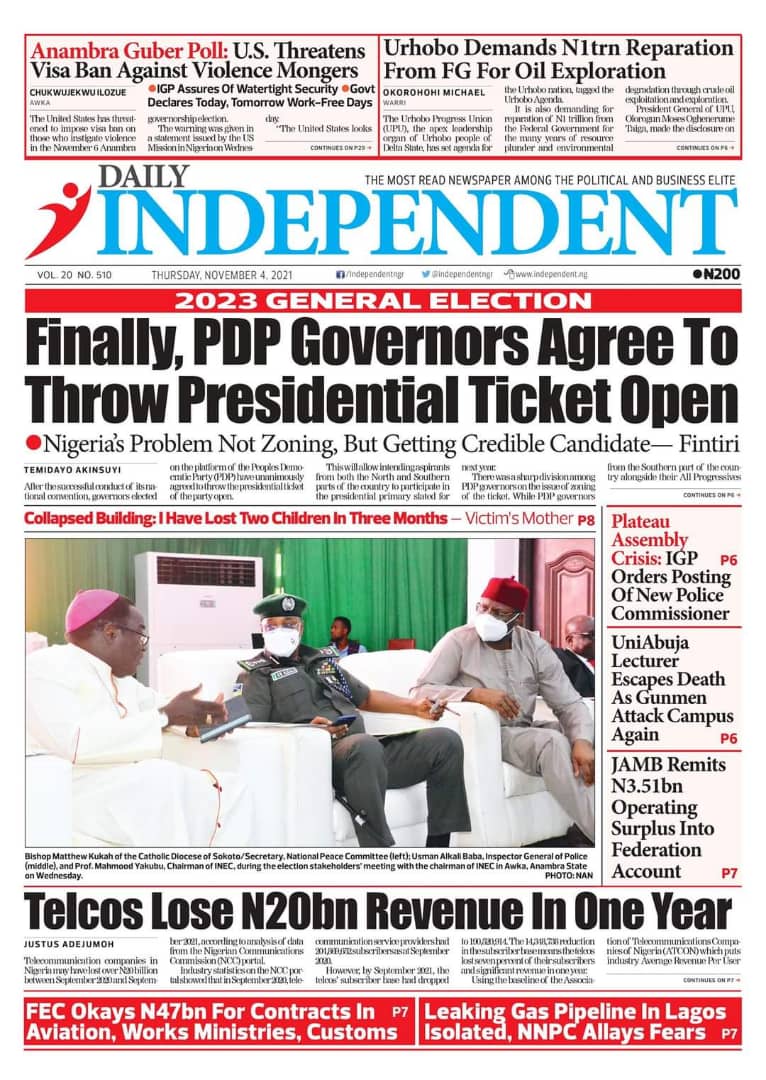