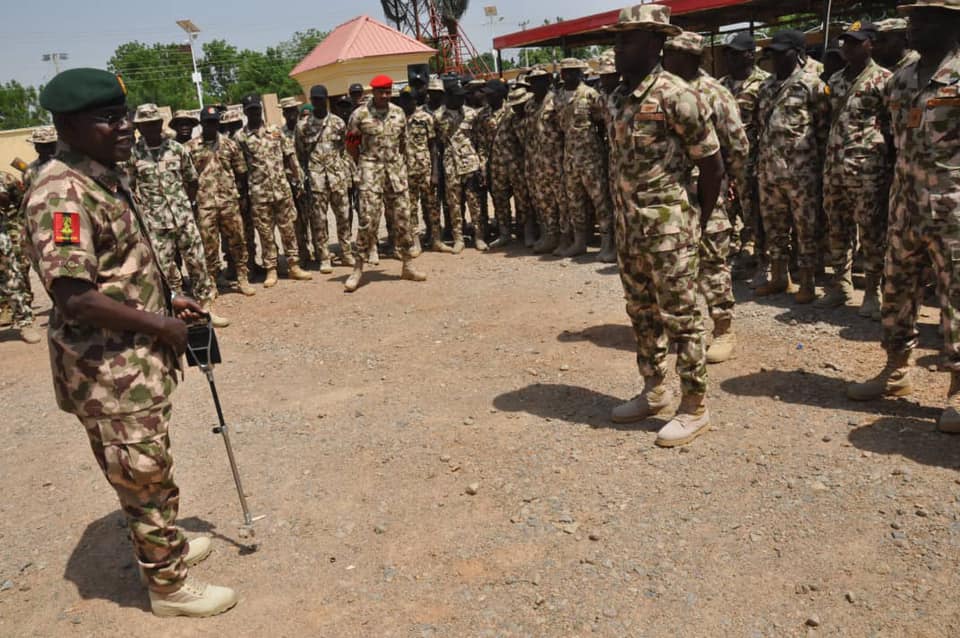 The Nigerian Army has warned its officers to desist from filming their operations while on assignment.

The army revealed the new directive via a statement signed by  K.O Bukoye on behalf of Farouk Yahaya, the Chief of Army Staff.

The security operatives were reminded that such actions go against social media policy and also served as a threat to the personal security of the army.

“Recent happening reveals that troops are still in the habit of taking pictures and videos while conducting operations. This habit has become worrisome as it goes contrary to the social media policy and also portends dire consequences, especially for the personal security of troops.

“It will be recalled that several directives have been given with regards to the aforementioned. This continued act, therefore, suggests the need for continuous sensitization of troops at various theatres.

“In view of the foregoing, I am directed to respectfully request you direct formations and units under your command to continually sensitize troops to desist from taking pictures or videos of operational engagement in their various AQRS. Please treat as important and acknowledge.”

Recall that Naija News reported earlier that army officers were seen opening fire in the residence of unarmed civilians in Ochokwu village in the Ikwo Local Government Area of Ebonyi State.

The security operatives who were excited, were heard saying “catch fire” as they carried out their operation.

Related Topics:Nigerian army
Up Next

NDLEA Thanks Buhari For Their Allocation In The 2022 Proposed Budget