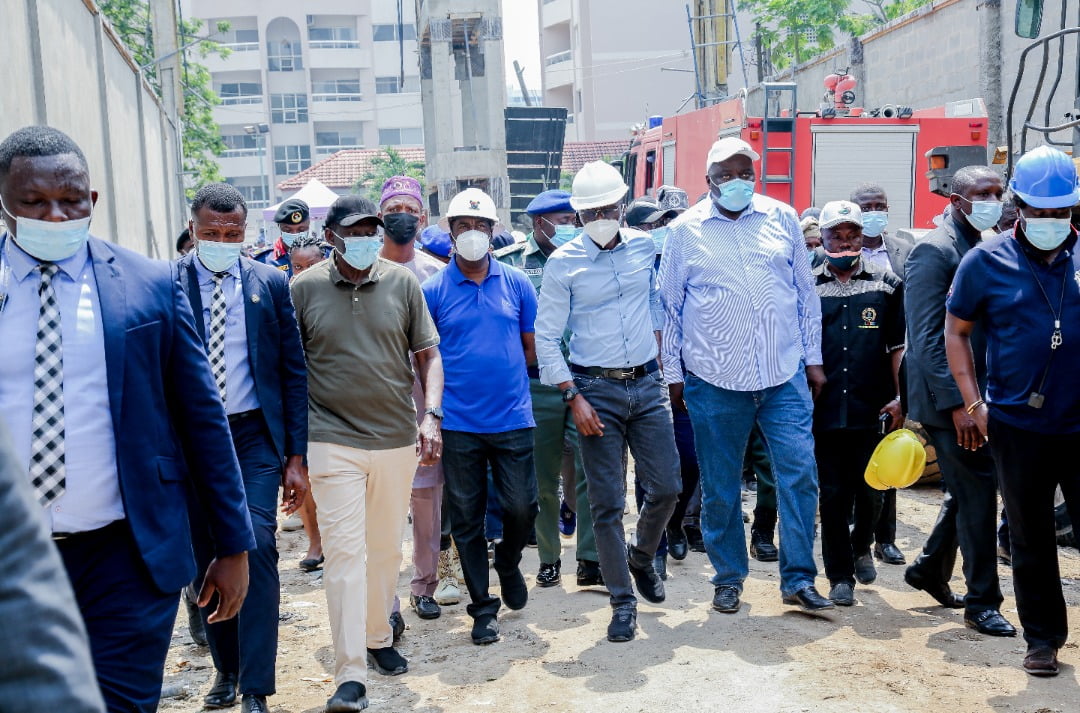 Governor Babajide Sanwo-Olu of Lagos State has countered the death toll earlier released by the Federal Government in the Ikoyi building collapse.

Naija News had reported that the Coordinator of the National Emergency Management Agency (NEMA) in the South-West Region, Ibrahim Farinloye, had said the death toll has risen from 22 to 36.

Farinloye stated that three women and 33 men have been confirmed dead in the collapse, bringing the total death recorded so far to 36.

But in a swift reaction, Governor Sanwo-Olu dismissed the claim that 36 people have been confirmed dead in the sad incident.

Speaking to reporters on Thursday at the tragic scene, the governor said the record available to the state government shows that 32 persons have been confirmed dead as opposed to 36.

The governor added that a missing register was opened at the scene of the building collapse on Wednesday and only 19 names have been provided as missing.

Giving an update on the survivors, the governor stated that the injured persons are currently receiving medical attention at the Island General Hospital.

He stated that he was at the medical facility and was told that one of the survivors has been transferred to LASUTH for better treatment while the remaining five are in good spirits.

The governor also reiterated the need for rescue workers to be safe on-site, saying that the structural integrity of the two remaining buildings on the premises could not be ascertained.

He, however, revealed that structural integrity tests of the two buildings will begin tomorrow.