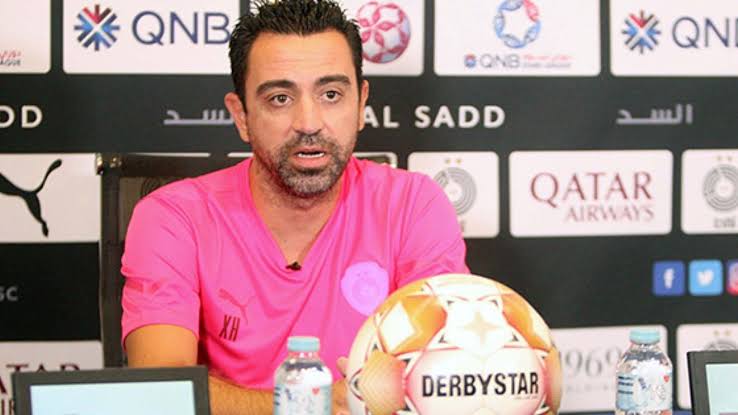 Former Spanish International, Xavi Hernandez has confirmed he has agreed to take over FC Barcelona as their new head coach.

However, amid rumour of who to succeed Koeman at Camp Nou, Hernandez who is currently the head coach at Al-Sadd, said he has been in talks with Barcelona to become their new manager.

Speaking on Wednesday evening at his post-match press conference following Al-Sadd’s 3-3 draw against Al-Duhail in the Qatar Stars, 41-year-old Hernandez said, “it is done,” adding that it now depends on the conversations between Barca and Al-Sadd.

Hernandez added: “But now it depends on the conversations between clubs, they need to reach an agreement. Barca is coming to talk, we are all eager and excited. We’ll see if it ends up being done.

“I really want to go home. I hope it happens. I have a contract and now the clubs have to negotiate. They already know my position.”

Naija News reports that the 52-year-old Italian has signed an 18-month contract with an option to extend at the North London club following successful talks with the club’s hierarchy in London on Monday.

The former Chelsea boss has taken up his first managerial post since leaving Inter Milan, with whom he won last season’s Serie A title.