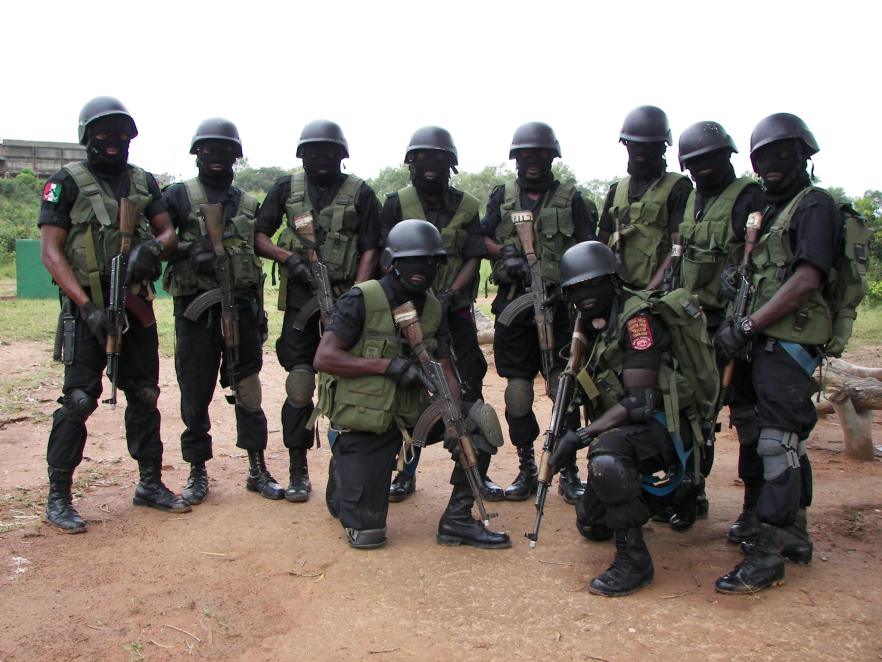 In the video obtained by Sahahrareporters, security officials opened fire on the houses of the residents of Ochokwu village in the Ikwo Local Government Area of Ebonyi State.

In related news two commanders of the Eastern Security Network (ESN) have been apprehended by the Nigerian Army in the Mgbowo community, Awgu Local Government Area of Enugu State.

In a statement on Tuesday signed by its spokesman, Brig. Gen. Onyema Nwachukwu, the Army said the two IPOB/ESN commanders were arrested during a raid on Monday, November 1.

According to the Army spokesman, the suspects are currently undergoing interrogation and would be prosecuted by the Federal Government.

Nwachukwu, however, denied IPOB’s claim that there was an incident of indiscriminate firing or unprovoked burning of houses during the raid.

He stated that the joint operation was conducted in the night and there was no destruction of any private property involved.

The Army spokesman advised members of the public to disregard the group’s claim which is intended to mislead the public. Read more