No fewer than 10 persons were feared dead on Monday when a 21-storey building collapsed on Gerard Road in the Ikoyi area of Lagos State, The PUNCH reports. 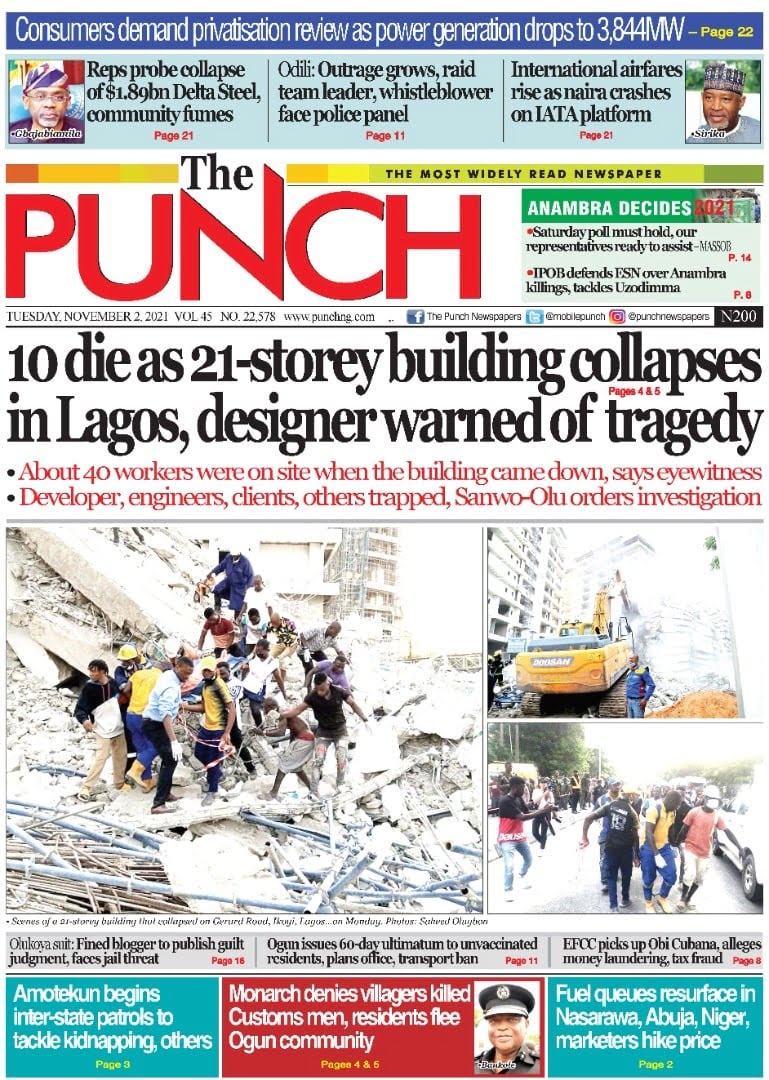 The Guardian reports that Vice President, Prof. Yemi Osinbajo, has charged Nigerian youths to quit complaining about the country’s challenges. He, instead, urged them to move past them and build the future they desire by focusing on what is right. 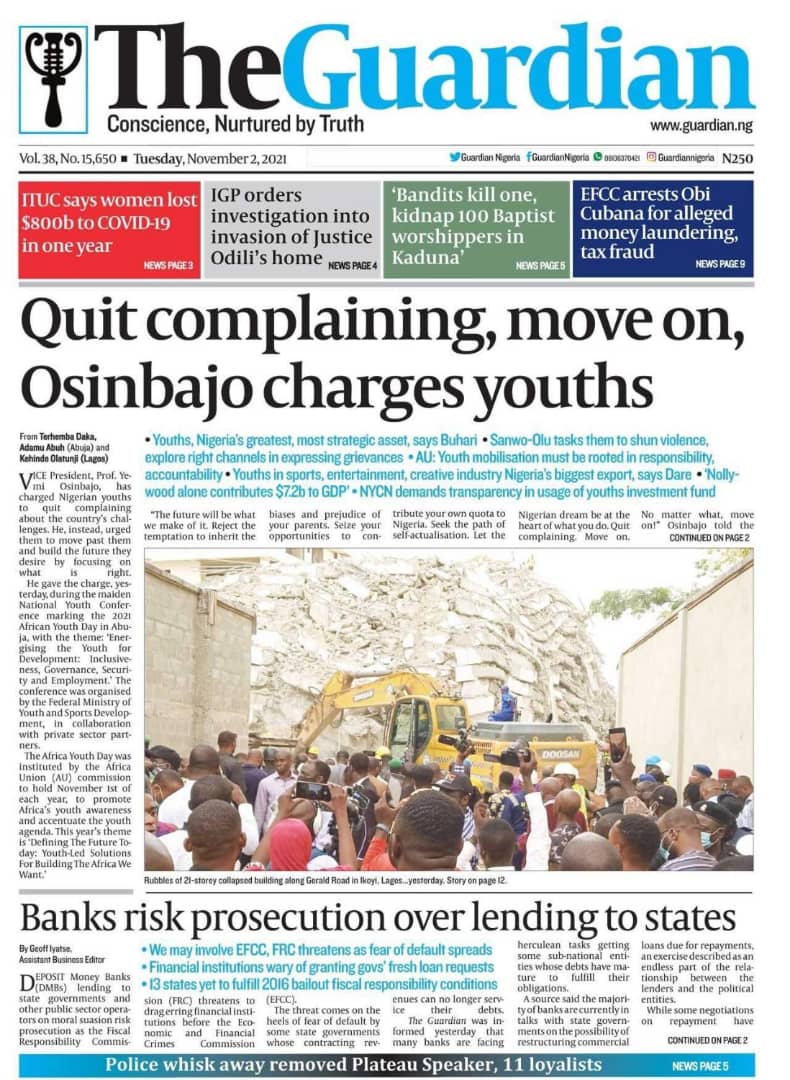 The Inspector General (IG) of Police, Mr. Baba Usman, yesterday ordered a detailed investigation into the invasion of the Abuja residence of Justice Mary Odili, a justice of the Supreme Court. Usman denied the involvement of the Nigeria Police in the breach of security at Odili’s home, This Day says. 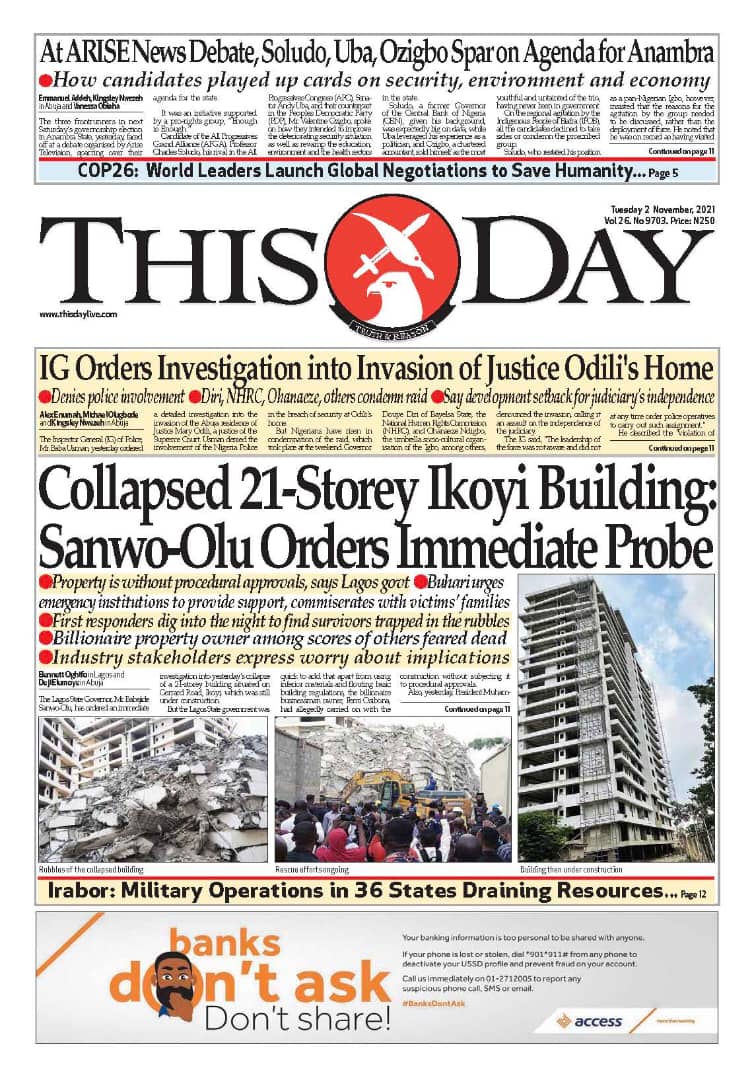 The Nation reports that beneficiaries of the 774,000 Special Public Works Programme (SPWP) are being owed N7.3 billion, the Federal Government said yesterday. 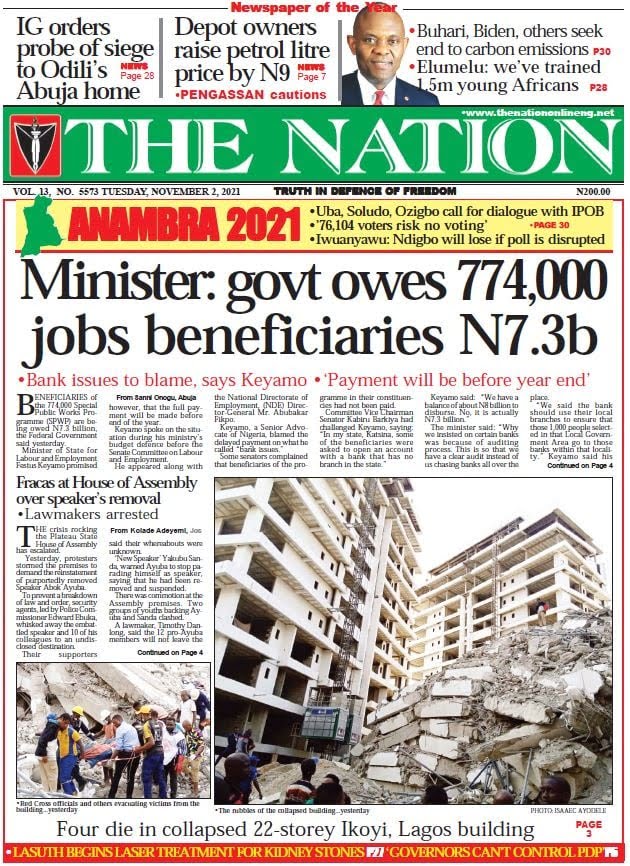 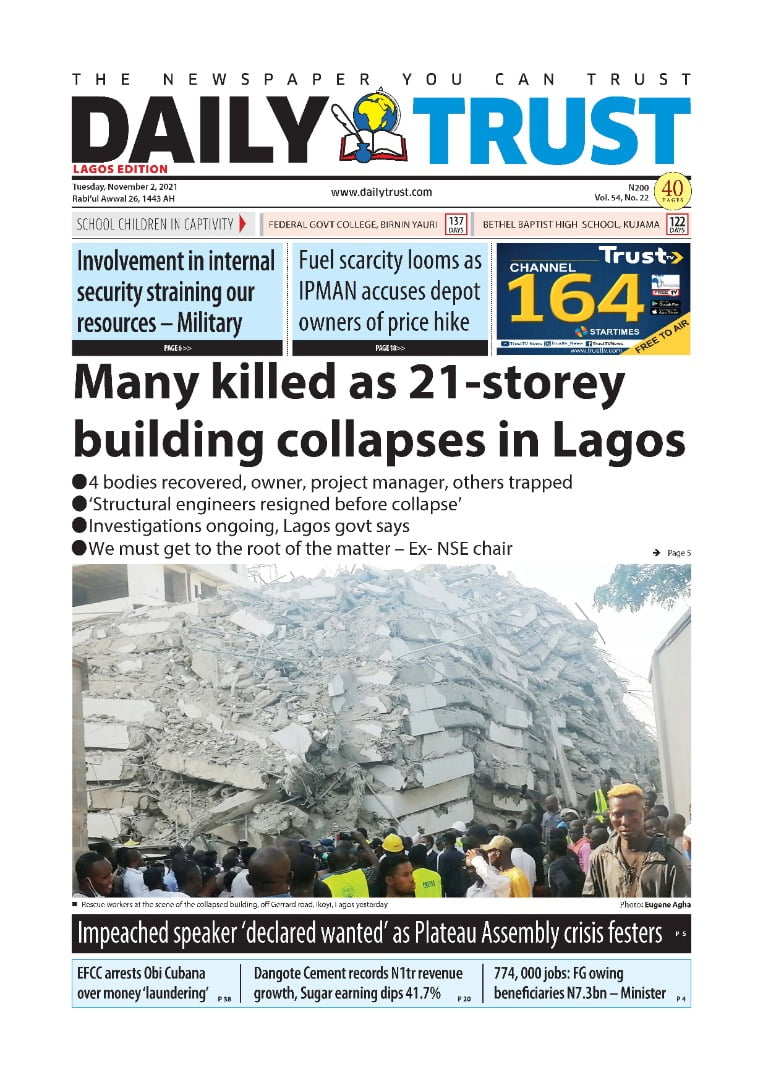 According to Daily Independent, players in the Nigerian aviation industry have continued to chastise the National Assembly over its uncalled-for interference in the sector. 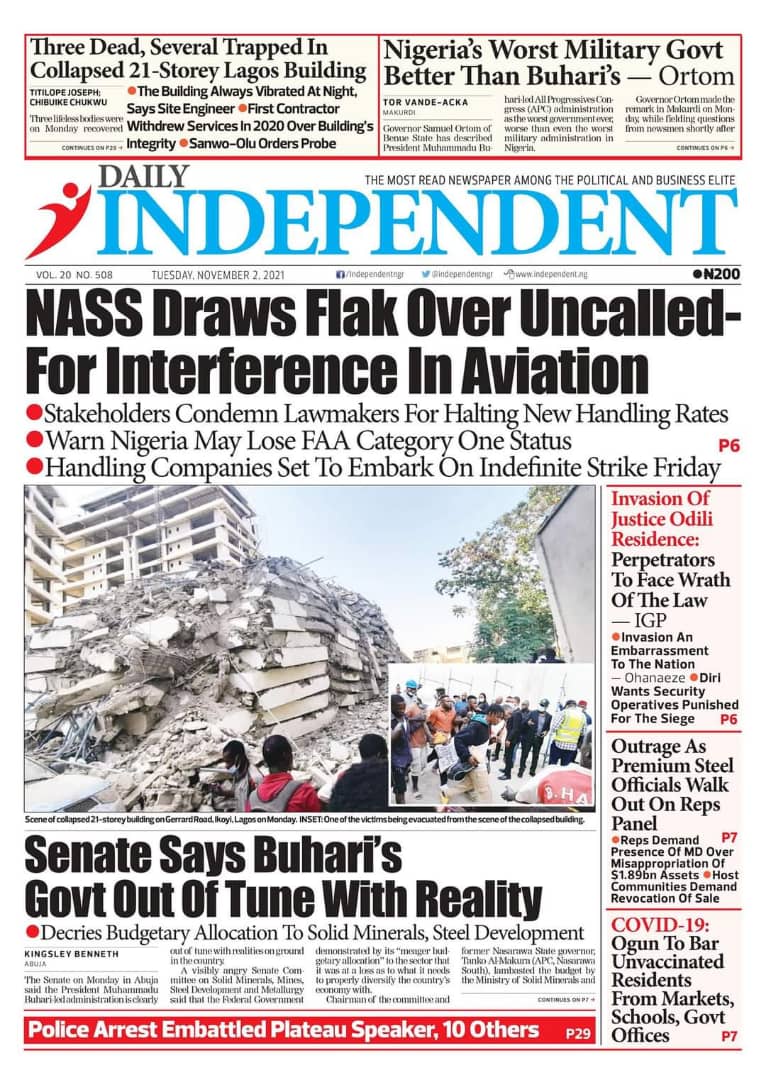 Embattled Speaker of Plateau State House of Assembly, Nuhu Ayuba Abok and 11 other members of the House, were yesterday whisked away from the Assembly Complex by security operatives, Daily Sun reports. 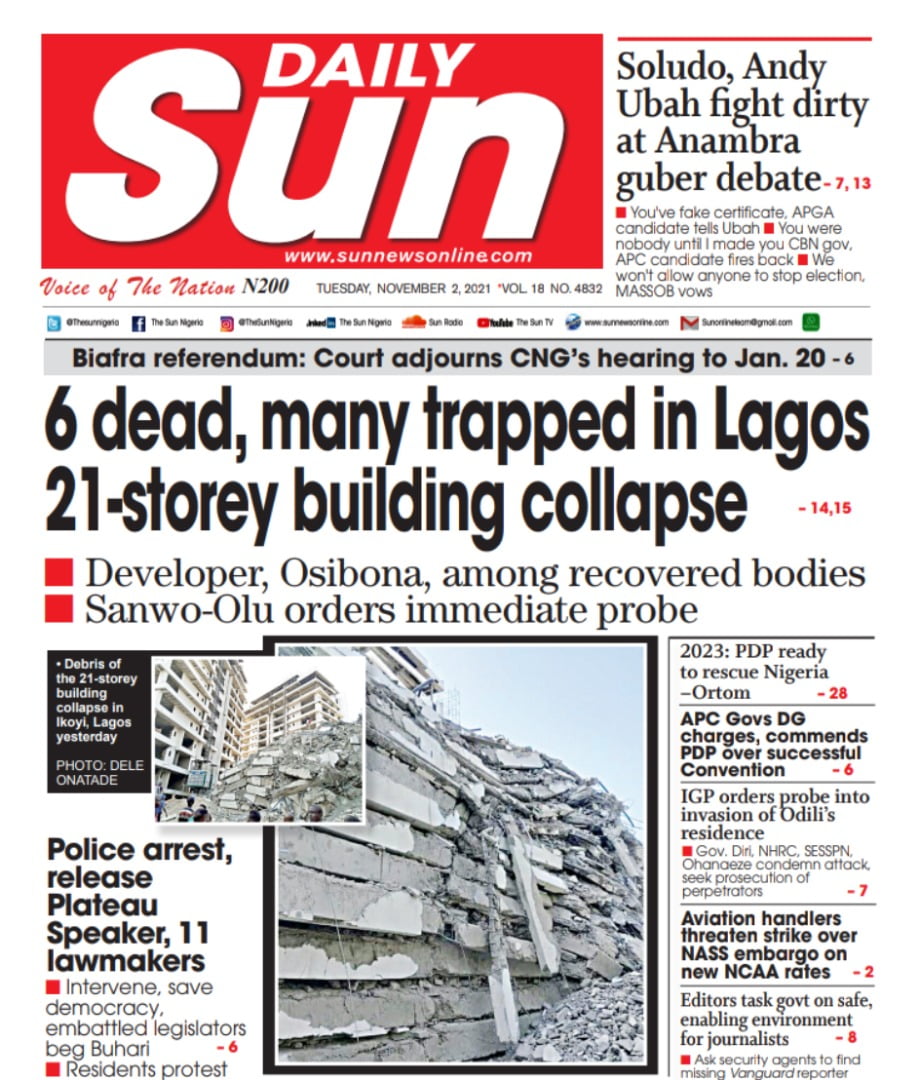 Buhari to Youths: young people remain centre of policy making in FG’s investment, development agenda, according to The Daily Times. 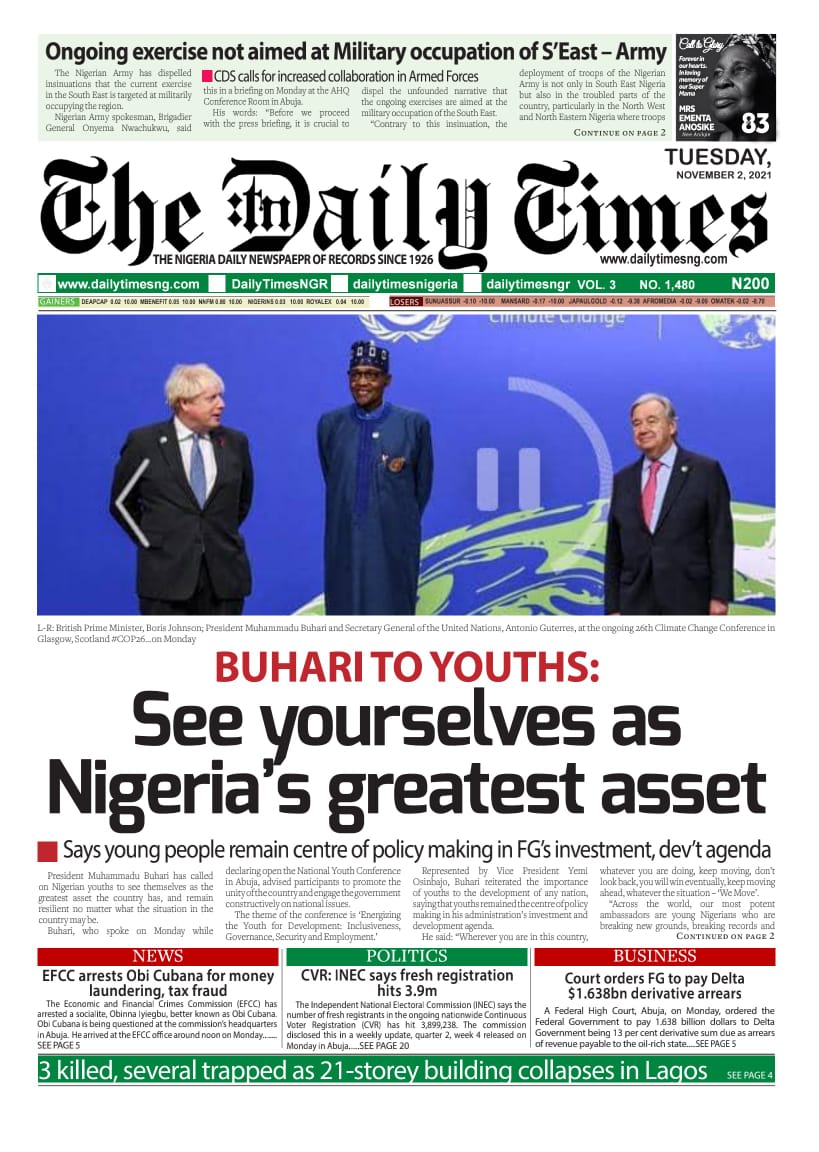