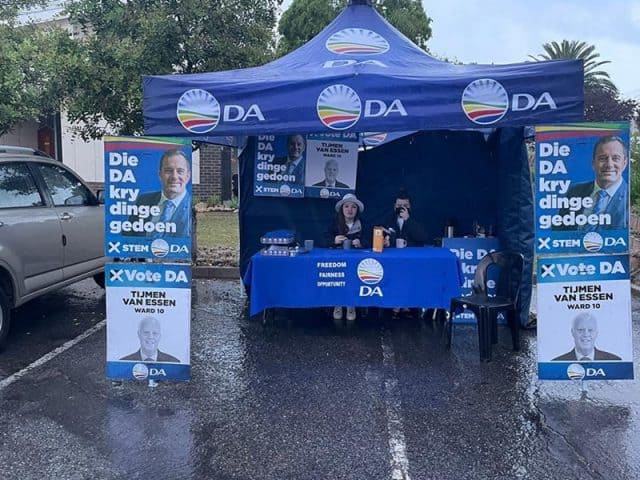 DA and ANC head to head in Gauteng

There is an intensified battle between the ANC and the DA over who will be in power in Gauteng municipalities, based on the votes counted so far in this year’s municipal election.

The EFF and FF Plus do not yet have a municipality in the bag.

The ANC has already won 282 wards nationally, the DA 111, EFF 11 and the FF Plus have so far added three wards.

EFF gets a lot of support here

The Economic Freedom Fighters (EFF) have so far gained more than 10% support in at least four of the nine provinces.

The EFF had already won 12 wards nationally at the time of publication and won 8.95% of the vote. It was by 10:00 Tuesday the party with the third most votes nationwide.

Although the ANC has so far had the slightest advantage in Gauteng, the DA is still far ahead in Tshwane.

By 10:50 on Tuesday morning, 7% of the votes in the City of Tshwane had been counted.

In the City of Johannesburg, Herman Mashaba’s party, Action SA, hosts the ANC and DA. This party already has 20,838 votes (19.01%) and is third in Johannesburg.

In Nelson Mandela Bay in the Eastern Cape, the ANC has already obtained almost 24,644 votes (50%).

The DA follows with 17,678 votes (33.6%) and the EFF is third with 4,084 votes (7.76%). This is one of the most controversial metros and the DA took control here in December after years of corruption and mismanagement under the leadership of the ANC. The DA won the most votes in this metro in 2016 and formed a coalition government with other, smaller parties. After this, the leadership constantly changed between the DA and the ANC.