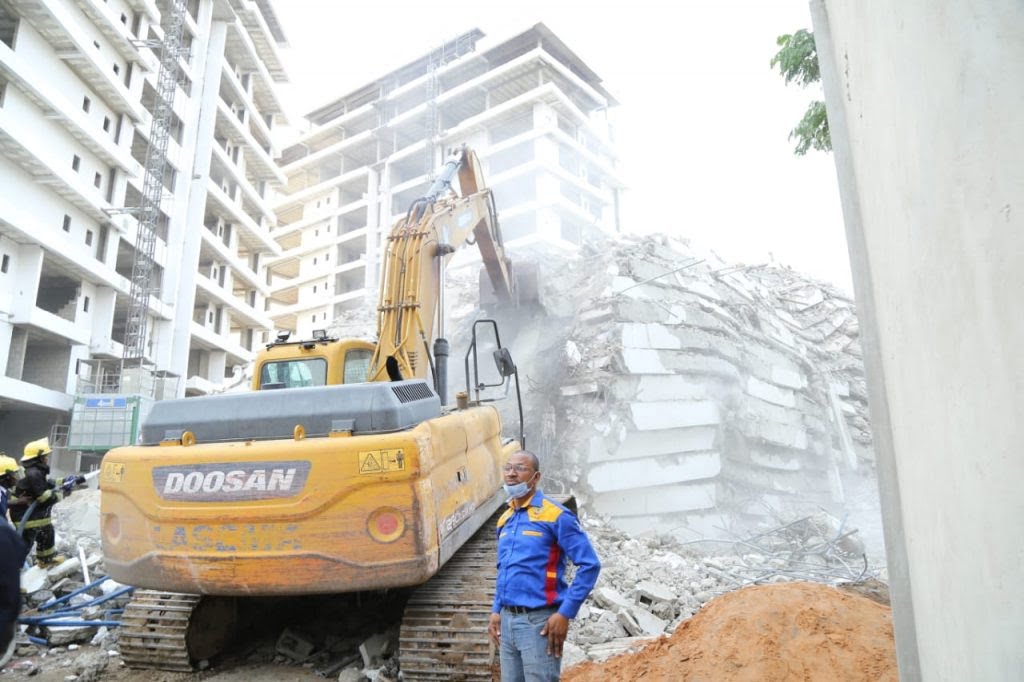 The owner of the collapsed 21-storey building in Ikoyi, Lagos has been arrested for embarking on unapproved number of floors, endangering the lives of people.

Naija News reports that the structure collapsed on Monday afternoon while dozens of people were busy working on the site.

Reports emerging on Tuesday morning, revealed that the owner of the collapsed building got approval from the government to build only 15 floors but went ahead to make it 2021.

The structure located at 20, Gerrard Road went completely down at about 2:45 p.m on Monday, causing unrest in the area.

Meanwhile, the construction according to reports was supposed to be completed next year.

Speaking with newsmen earlier today in Lagos, the General Manager, Lagos State Building Control Agency (LASBCA), Gbolahan Oki confirmed that the owner has been arrested and would be prosecuted.

“The materials he used for the reinforcement are so terrible. He got approval for 15 floors but built 21. He has been arrested,” the official noted.

Naija News understands that only four people have been so far rescued alive front the scene while three bodies were recovered.

Rescue efforts are continuing, the Lagos State government noted in the report.

Meanwhile, a video of a driver weeping profusely after revealing that one of those trapped inside the collapsed Ikoyi building was to travel to America today has surfaced on social media.

According to the driver in the viral video who was pictured in tears, he was supposed to take an American-bound passenger to the airport before the incident occurred.