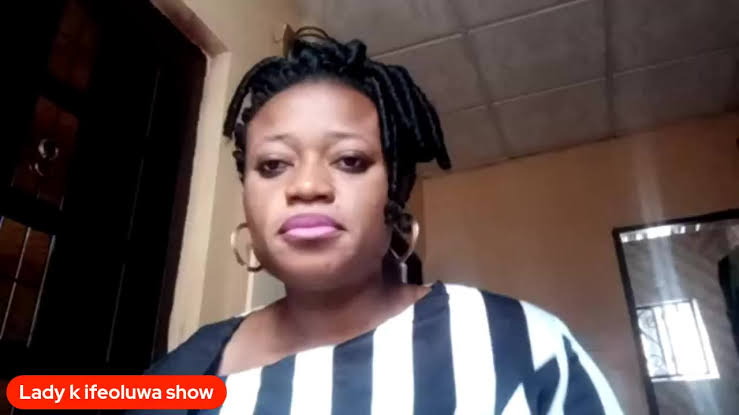 An associate of Yoruba Nation agitator Sunday Igboho, Oluwakemi Ifeoluwa, popularly known as Lady K, in a video, has claimed that God revealed to her that there would be many deaths in Nigeria.

This is coming a few days after the Department of State Service released Lady K and one Jamiu Oyetunji after spending 114 days in detention.

Recall that the secret police arrested her and other associates of Igboho during an invasion of his residence in Soka, in Ibadan, Oyo State.

Lady K while speaking on a Facebook live on Monday night, said the building collapse in Ikoyi, Lagos State on Monday afternoon won’t be the last.

She said, “I see God’s anger descending on Nigeria. Of all the countries in the world, Nigeria is among the most loved, but the majority are disobedient.

“God told me that big buildings will collapse. This will be more than the one that happened on Monday afternoon at Ikoyi.

“There will be a plane crash. We need to cry unto God. We have not seen anything yet. May God please protect us. Christians and Muslims should pray hard over Nigeria as a whole.

“There will be many deaths. Imagine the number of people that died at the Ikoyi building collapse. And that will not be the last. Nigeria will witness many buildings collapse. I’m not talking about uncompleted buildings alone. This is God angry at us. Let’s pray and fast. May God have mercy on us.”