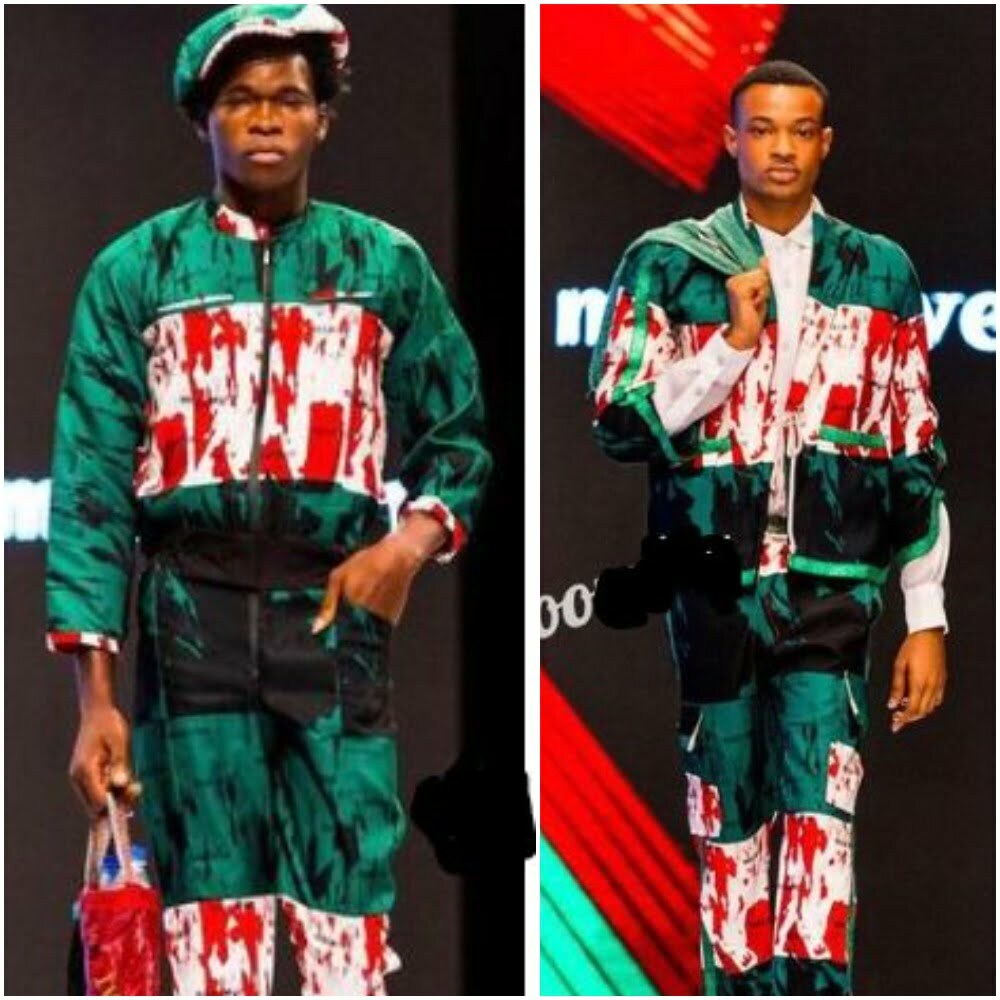 A clothing brand has sparked outrage after making a men’s collection out of the bloodied #EndSARS stained Nigerian flag.

Naija News recalls that on the 20th of October 2020, the Nigerian Army allegedly opened fire at unarmed protesters who had stormed the Lekki tollgate to press their demands against police brutality.

The question on who ordered the shooting has continued to linger on many Nigerian’s lips but the youths recently took time to celebrate the fallen heroes at the Lekki tollgate during the one-year anniversary of the protest.

However, a clothing brand, (unnamed) via social media in celebration of some Nigerian youths who lost their lives during the protest put on sale men’s collection made out of the bloodied #EndSARS stained Nigerian flag, going for a price as high as one hundred and forty-two thousand naira per piece.

This has generated a widespread outrage which has led to a serious conversation as many social media users condemned outrightly the turning into a money-making venture of an event that took the lives of young Nigerians.

Here are photos and reactions below; 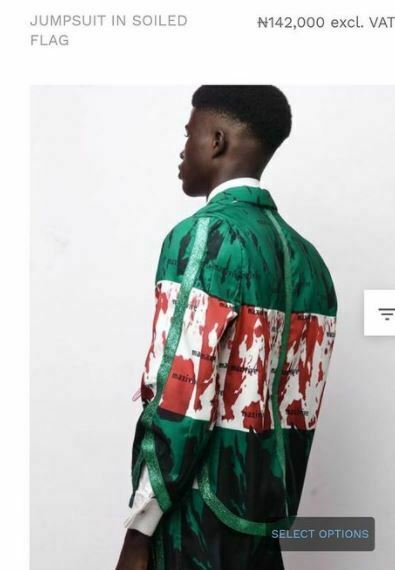 Here are some of reactions below;

@dashingpealzwrote; ‘Na wa o… 142k national flag? Appreciate the concept or the message o… but nothing my tailor no fit sew for me for 3k and a little bit of red dye.’

msify_official wrote; ‘Why pls ?… we are just the architect of our problems, this is supposed to be a momentum that stands for something, now it’s used to make money. Nd not even cheap oo’

la_catchiii wrote; ‘Now using the lost souls to make money,this is why the country and it leaders sees us as a joke’

ladycherub wrote; ‘I get you’re trying to support the concept of “end sars “ but that’s real blood mate. People died for real .’