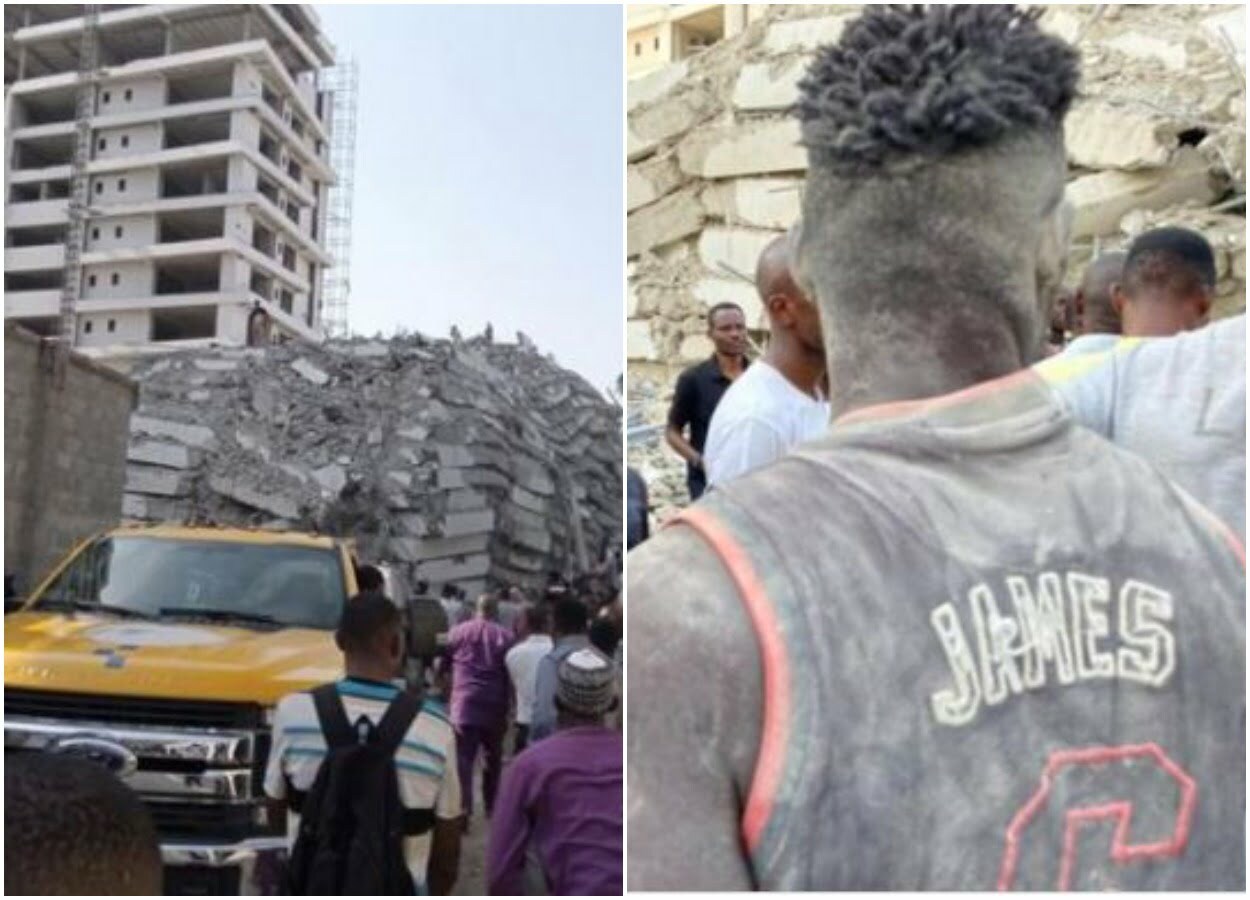 A video of a driver weeping profusely after revealing that one of those trapped inside the collapsed Ikoyi building was to travel to America today has surfaced on social media. 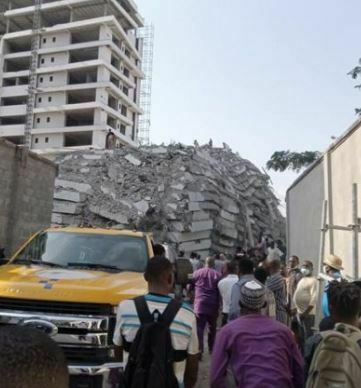 Naija News reports that many persons have been trapped after a 21-storey building located along Gerald Road, Ikoyi collapsed on Monday.

Naija News gathered that the collapsed building is under construction, and many persons have been feared dead in the incident. 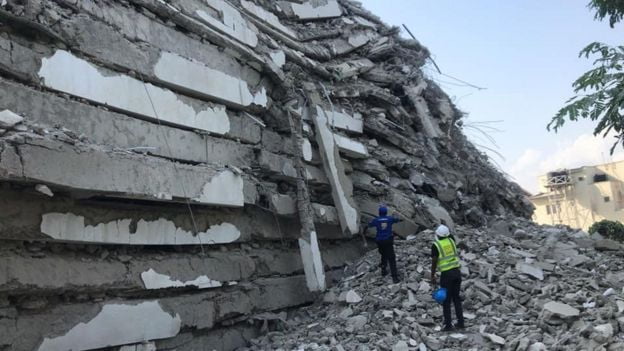 According to the driver in the viral video who was pictured in tears, he was supposed to take an American-bound passenger to the airport before the incident occurred.