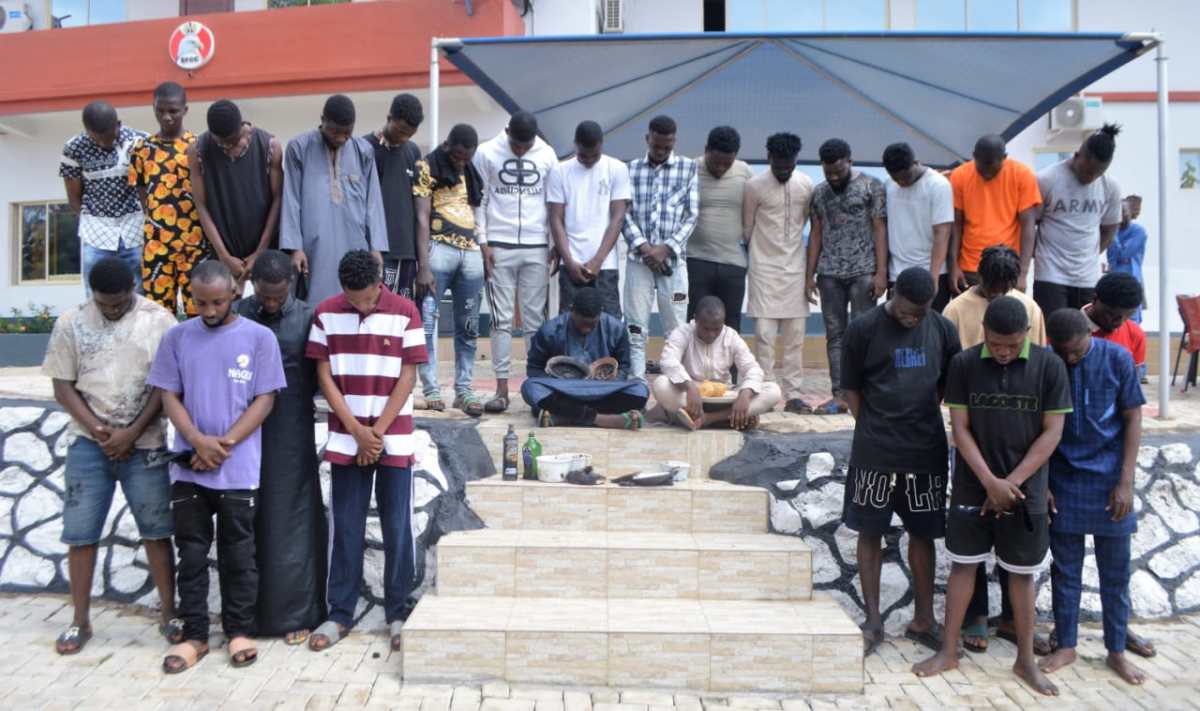 The Economic and Financial Crimes Commission, EFCC has apprehended no fewer than twenty-six people in Ibadan, Oyo State capital over alleged involvement in cybercrime activities.

The suspects, Naija News understands were nabbed during the week by the Ibadan Zonal Command of the nation’s anti-graft agency.

The arrested persons according to a statement issued to newsmen on Friday by Mr Wilson Uwujaren, the commission’s Spokesperson, include two herbalists and twenty-four others.

Uwujaren explained in the statement that the two self-acclaimed herbalists were arrested on Friday at Soka area of Ibadan over their alleged involvement in offences bordering on internet fraud.

Other 24 persons arrested are said to have claimed to be students of Lead City University. Uwujaren said that 22 of the suspects have been indicted in their ongoing investigation.

The commission’s mouthpiece explained further that the suspects were arrested following verified intelligence on their alleged involvement in cyber fraud.

Uwujaren listed items recovered from them as cars, mobile phones, television sets, PlayStation 5, laptops, among others.

In another news, a former officer of the Nigeria Police Force was on Thursday, arraigned before an Ikeja Magistrate Court for allegedly defrauding a man to the tune of ₦385,000 in Lagos.

The suspect, Alexander Ilesanmi, who is said to have been dismissed from the force since 2010 as a CP, reportedly pretended to be an ASP to the complainant and dubiously obtained the said amount from him.

Naija News understands that Ilesanmi had obtained the money on the pretext of securing a police job for his unsuspecting victim.